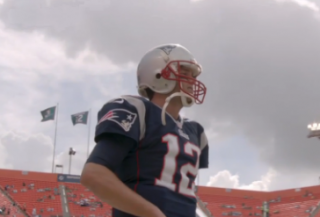 New England Patriots quarterback Tom Brady wants a second chance with the Second Circuit Court of Appeals, filing an appeal of the court’s decision that affirmed his four-game suspension from the NFL, ABC News reported. Brady was initially issued a suspension for his alleged involvement in a scheme to deflate footballs below regulation levels in a playoff game against the Indianapolis Colts in 2015.

The case went before the Second Circuit Court of Appeals already, with the court deciding in April that that NFL Commissioner Roger Goodell acted within his power in handing down the suspension. But Brady insists he did nothing wrong, and the suspension was given improperly. Represented by NFL Players Association attorney Ted Olson, a former U.S. Solicitor General, Brady is arguing that Goodell ignored parts of the league’s collective bargaining agreement dealing with discipline for equipment violations. He is also claiming that Goodell used different grounds when reviewing the decision to suspend Brady than he did when he originally issued the suspension.

Olson is now seeking an en banc review of the case, which means that all 13 judges of the circuit court would hear the case (the Second Circuit’s original decision in the case was made by a three-judge panel, who voted 2-1). In order for that to happen, a majority of the judges would have to agree to it, which is very rare.

It’s unlikely that Brady will get an en banc review of his case. Rule 35 of the Federal Rules of Appellate Procedure flat out says that these reviews are “not favored and ordinarily will not be ordered.” The rule states that the only exceptions are if the review would be “necessary to secure or maintain uniformity of the court’s decisions,” or if the case “involves a question of exceptional importance.”

While Brady may feel that his four-game suspension is of “exceptional importance,” it’s unlikely that the Second Circuit Court of Appeals will feel the same way (unless, of course, most of them are Pats fans). So unless majority of the judges agree that upholding the suspension would cause some conflict with their other decisions, an en banc review probably won’t happen. If that’s the case, Brady could always try to bring the case to the U.S. Supreme Court.