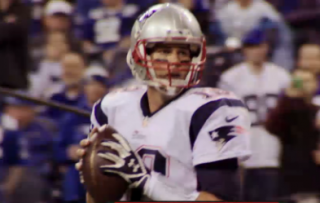 In a decision handed down on Monday, the U.S. Second Circuit Court of Appeals rules that NFL Commissioner Roger Goodell acted within his power when he issued a four-game suspension for New England Patriots quarterback Tom Brady. The suspension came after allegations that Brady was involved in an operation where footballs were deflated below regulation levels for the 2015 AFC Championship Game.

A district court ruled that Goodell’s punishment of Brady was unfair, but the appeals court overruled, saying the commissioner “properly exercised his broad discretion under the collective bargaining agreement,” and that he “did not deprive Brady of fundamental fairness.”

The opinion, written by Judge Barrington Parker, said the league’s collective bargaining agreement with the NFL Players’ Association allowed Goodell “to impose discipline for, among other things, ‘conduct detrimental to the integrity of, or public confidence, in the game of professional football,'” citing the agreement.

Judge Parker said that in cases like this, the court gives “substantial deference” to the arbitration process, like the one that resulted in Brady’s suspension, and that after review, the suspension did not ignore the language of the collective bargaining agreement. Therefore, as LawNewz.com’s Tony IIiakostas predicted, Brady will have to serve the suspension.