‘People Are Trying to Target Me Because I’m a Trump Supporter’: Video Shows Drunk Johnny Damon Arguing with Police During Wild DUI Arrest in Florida 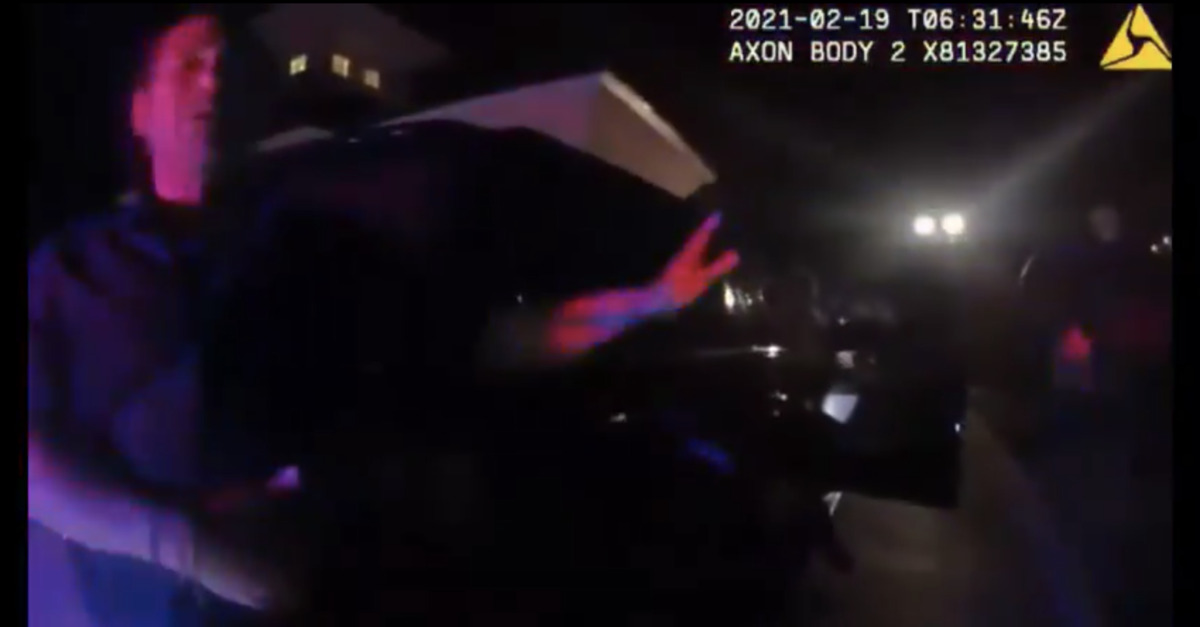 “Hey, bro, I’m a good fuckin’ guy and I know people are trying to target me because I’m a Trump supporter,” a deeply inebriated version of former MLB all-star Johnny Damon told the Windermere Police officer who arrested him in late February.

“I don’t think it has anything to do with it,” the officer replied.

Actually it was because police say he blew nearly four times the legal limit.

As Law&Crime previously reported, Damon and his wife were arrested during the early morning hours of Feb. 19 on a slate of charges after police allegedly noticed a black Lincoln SUV swerving sometime between 1:00 and 2:00 a.m. That vehicle then allegedly jumped a curb and sailed past a stop sign, prompting the traffic stop.

“While I’ve been behind you,” the officer explained, “you left your lane multiple times. And you actually struck the curb at one point on Main Street. And then the stop sign back there? You stopped all the way past the stop part, the white line on the ground, you have to stop behind it.”

Damon’s wife Michelle Mangan-Damon then opened her door and interceded—resulting in a series of ignored shouts and commands.

The Red Sox standout-turned-Yankee then moved toward his wife, leading to more shouting from the officer that was, again, promptly disregarded.

“I’m allowed to get out,” Mangan-Damon said with a tell-tale slur of speech.

The officer made contact with Damon’s right shoulder and repeatedly told him to stay “over there” and away from his wife.

“Alright,” he replied, before walking toward his wife.

The officer shouted his demands again and moved to intercept the visibly impaired pair.

The 18-season MLB veteran stammered and pleaded—expressing the notion that he was trying to get his wife to comply with the officer’s commands.

After a few more seconds of repetitive efforts, the officer appeared to place both hands on Damon—moving him back and away from the vehicle in the process.

“I’m telling her to go in the car,” the drunk ex-athlete explained.

She didn’t go in the car, however, and made her way around the back of the vehicle before the officer appeared to make contact with her as well.

A brief scuffle ensued on the video.

The footage is hectic and it’s entirely unclear who is responsible for the brief bout of fast-paced Dutch angles. Damon himself comes out of the ordeal being shoved and turned around by the officer as his wife meanders far away in front of the car as the video comes back into focus.

As the video drew to a conclusion, Damon insisted he and wife are so close to their residence. So close, in fact, that he told his wife to “walk home.”

She didn’t. And they didn’t make it home that night.

“How much have you had to drink tonight?” the officer can be heard asking Damon as the footage begins.

“Oh,” he says, stretching and holding the word in his mouth for a few seconds.”A little bit.”