Win a Copy of Dan Abrams’ New Book with David Fisher, ‘Theodore Roosevelt for the Defense’! 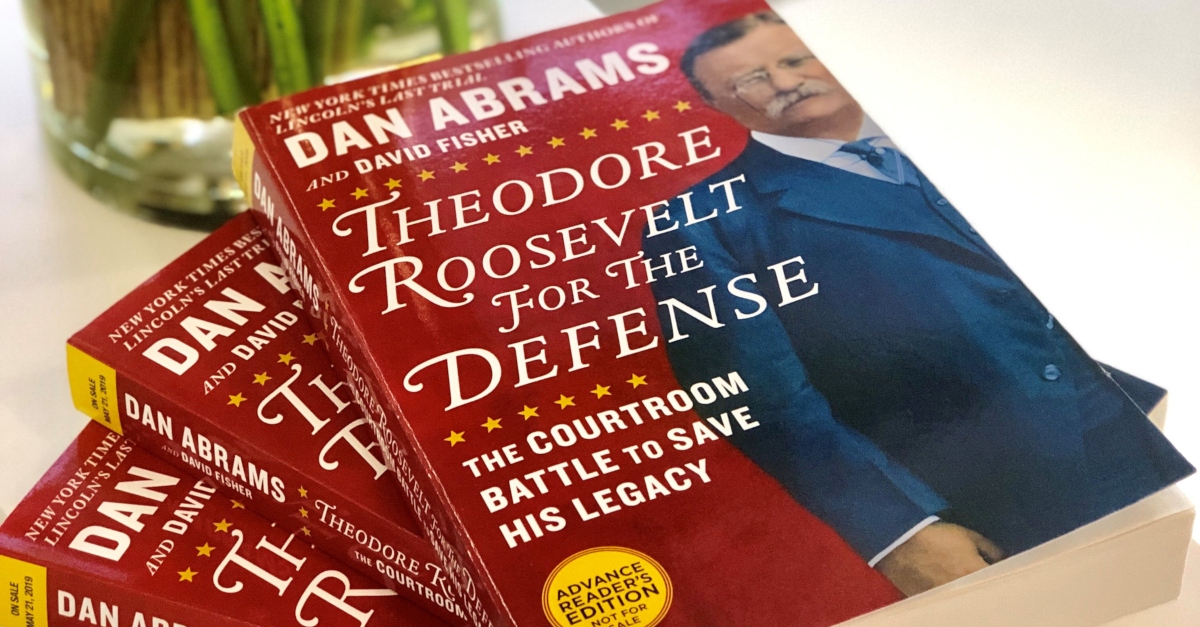 We’re pleased to announce that we’re giving away five signed copies of Dan Abrams‘s new book with David Fisher, Theodore Roosevelt for the Defense: The Courtroom Battle to Save His Legacy. You enter below by signing up for our newsletter. Through May 31st, you’ll be able to sign up for a chance to win a free copy. Winners will receive their book through the mail. There are two easy ways to enter. First, you can register below for our weekly newsletter. If you’re already a newsletter recipient, you may instead email [email protected] with the subject line “Sweepstakes – Theodore Roosevelt giveaway.”

Please see our Sweepstakes Official Rules as part of our User Agreement for more details.

Abrams and Fisher take you back to one of the biggest trials of the 20th century. Republican party leader William Barnes sued former president Theodore Roosevelt for accusing him of political corruption. It was 1915. The United States was linked to armed conflict all over the world. There was a tense political climate. At the center of it all you had a former POTUS known for butting heads with the media. Turns out that very little has changed in over 100 years.

For both men, this was a fight over reputation and their future. Barnes wanted to clear his name from a corruption allegation. After all, he planned on running for the U.S. Senate. As for Roosevelt, his friend-turned-rival sued him enough to ruin him financially. If he lost, it might have been the disgraceful end to a decades-long career that took him from his home state of New York to Cuba and the White House. Newspapers nationwide had their eyes on the court when Roosevelt took the stand in his defense for over a week.

Theodore Roosevelt for the Defense: The Courtroom Battle to Save His Legacy is available now. You can order on Amazon, Apple Books, Barnes & Noble, Google Play, Kobo, Books-A-Million, Indiebound, Indigo, Target, and Walmart.