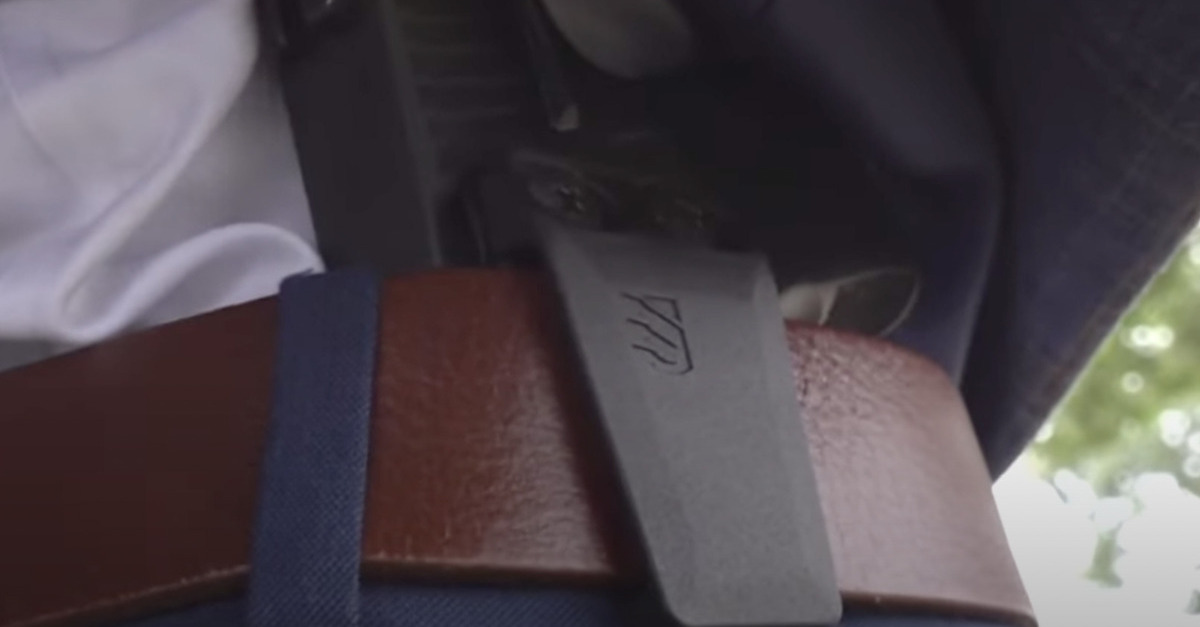 A federal judge threw out a challenge to D.C.’s concealed pistol law after four D.C.-area residents failed to include a basic part of their case. Although the challengers made multiple arguments about the use of guns in 1600s New England, they included nothing to show that they were — or ever would be — personally affected by the statute.

Gregory T. Angelo, Tyler Yzaguirre, and Cameron M. Erickson live in the District of Columbia, and Robert M. Miller lives in Virginia. The four hold licenses to carry firearms, and say that they regularly use public transportation including the D.C. Metro. The plaintiffs waged a federal lawsuit challenging the constitutionality of D.C. Code § 7-2509.07(a)(6), which prohibits the carrying concealed firearms in “sensitive areas,” which include D.C. public transportation, and levies a penalty of fine or imprisonment up to 180 days for violators.

In their 35-page complaint, the four alleged that if it were not for the statute, they would carry their concealed handguns on the Metro and buses for self-defense. They said that because of the statute, they now refrain from doing so because they fear arrest and prosecution.

Taking cues from the Supreme Court’s ruling in Bruen, the challengers pointed to Justice Clarence Thomas’s recently established test that gun laws must be “consistent with this Nation’s historical tradition of firearm regulation.”

The plaintiffs reached back centuries in support of their argument that there is “no basis to label the Metro as a sensitive area,” providing an extensive history of gun law anecdotes going back to the early 1600s in the U.S. and several hundred years prior in Europe. Plaintiffs allowed that, “Public transportation systems did not exist as they do today at the founding of the nation,” but argued that because, “a March 9, 1636 ordinance provided that every person above 18 years of age (except magistrates and elders of the churches) were ordered to ‘come to public assemblies with their muskets,'” that 2022 concealed-carry restrictions conflict with our nation’s founding principles.

The D.C. law, said the plaintiffs, interferes with their Second Amendment right of self-defense and goes far beyond any limits imposed by Supreme Court precedent.

They asked the court to issue either a preliminary or a permanent injunction, restricting enforcement of the statute.

U.S. District Judge Randolph Moss, a Barack Obama appointee, rejected their argument, finding that the plaintiffs couldn’t prove harm. They provided no evidence that the law has been used to prosecute anyone, much less the four of them.

Moss wrote in the court’s 25-page ruling that in order to establish Article III standing, all plaintiffs must demonstrate some kind of “injury in fact.” In other words, it is not enough for a plaintiff to simply disagree with a law — that plaintiff must be actually harmed by the law. That’s where the four plaintiffs fell short.

Moss pointed out that, “No plaintiff in this case has been arrested and prosecuted — or threatened with arrest or prosecution or with the imposition of a civil penalty — for violating the provision of D.C. law at issue here.” Moreover, none of the plaintiffs even alleged that they have either been “singled out” or were somehow “uniquely targeted” for prosecution, said Moss. Without such a showing, the plaintiffs could not sufficiently establish their right to bring the lawsuit.

“Plaintiffs have failed to proffer any evidence relating to any threat or risk of enforcement,” wrote Moss. To underscore the omission, Moss recounted exchanges from oral argument in which the court appeared to prompt the plaintiffs’ lawyer to provide the kind of evidence that could have supported the claim:

Indeed, when asked at oral argument, Plaintiffs’ counsel was unable to identify any case in which an individual licensed to carry a handgun has ever been prosecuted simply for carrying a concealed handgun on a Metrorail train or a Metrobus. Instead, Plaintiffs’ counsel merely speculated that those carrying concealed handguns often pat their sides (to confirm that they have their guns with them) and that, by doing so, they might provide a tell for law enforcement officers and thereby invite arrest.

Moss also called out the attorney for a general response to the specific question of threat of enforcement. Moss said that during colloquy with the court, plaintiffs’ counsel answered that the Metropolitan Police Department “invariably arrests those who violate any of ‘the myriad of firearms regulations’ in the District of Columbia,” but noted that, “Neither statement by counsel, however, is evidence, and the evidence that Plaintiffs have offered says nothing about the risk of criminal or civil enforcement of § 7-2509.07(a)(6).”

Counsel for the plaintiffs did not immediately respond to request for comment.