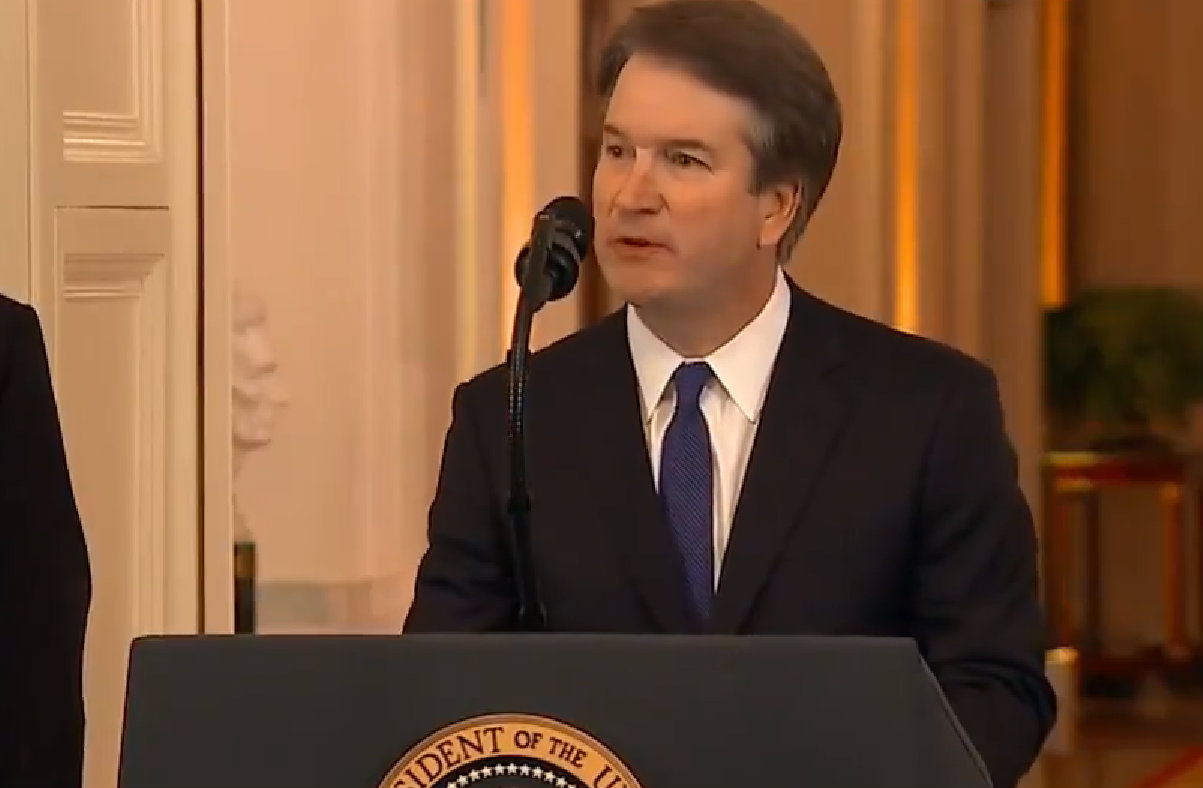 Judge Brett Kavanaugh is at or near top of SCOTUS list, per several people close to President Trump. But oppo research for possible hearings already moving fast. Sources pt'ing to David Brock's book "Blinded by the Right." Kav alleged to have mouthed an expletive re HRC. Pg. 306. pic.twitter.com/k10MbCm4RR

Kavanaugh then worked for Independent Counsel Ken Starr and ended up helping draft a report recommending President Bill Clinton for impeachment. He mouthed the b-word when a TV camera panned to the First Lady, according to Brock.

Dems may well bring this up during the confirmation hearing. It’s unclear how Kavanaugh would respond, but a defense against misogyny was built into his acceptance speech from Monday night.

He highlighted his personal relationships with women, including his wife and their two daughters (he coaches the girls’ basketball teams). He touted that most of his law clerks were women, and he mentioned his past with former Harvard Law Dean (and current Supreme Court Justice) Elena Kegan.

NEW: Judge Brett Kavanaugh says his law clerks have “come from diverse backgrounds and points of view.” “I am proud that a majority of my law clerks have been women.” https://t.co/0uBCB2a29v pic.twitter.com/eOI5NB6Eok

“I am proud that a majority of my law clerks have been women,” he said.

It’s unclear if a single alleged comment from the 1990s could sink any nomination, but that is not the only issue at play. Roe v. Wade and related cases loom large over this nomination. Pundits debate over whether this nomination could result in the encroachment of abortion rights. This affects the lives of millions of women across the county. With these kinds of cases at play, Kavanaugh’s history with women will inevitably attract attention. His acceptance speech appears to be an attempt to set the tone of that discussion.