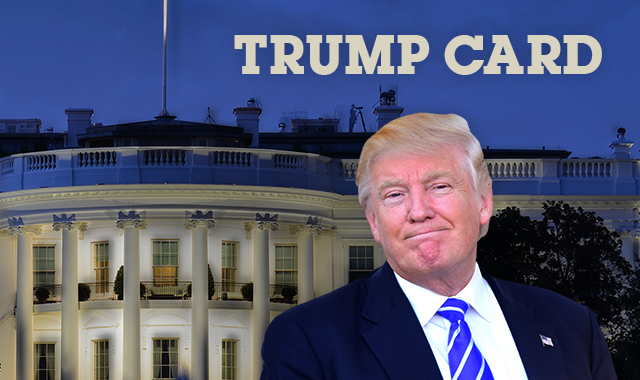 It’s tough to keep up, so we at LawNewz have taken the liberty of making things easier by providing a weekly list of top Trump legal developments. These updates will include executive orders, lawsuits and much more.  This will be our kick off edition, but expect to see a weekly update every Friday. If you’d like to review the update via email, sign up here.

National Security Advisor Michael Flynn is getting used to adding “Former” in front of his title. Back in November, we explained that Flynn was known for playing loose with security rules; turns out, “loose” may be better pronounced “treasonous.” It’s looking a lot like Flynn took it upon himself to call Russian Ambassador Sergei Kislyak on the day President Obama announced sanctions against Russia for interfering with our election. That phone call is problematic on two fronts. First, it’s always a bad idea when Daddy undermines Mommy’s discipline. Second, Flynn may given alternative facts when asked about what he and Kislyak discussed. Flynn is now facing all sorts of accusations, ranging from violations of the Logan Act to flat out treason. Trump is fighting back  vowing to go after “illegal leakers” who leaked the transcript of the phone call to the media.

The Fox and the Grapes, White House Version

Remember last week when the Ninth Circuit ruled against POTUS’ travel ban? And when he responded, “SEE YOU IN COURT”? Well, now he’s changing to a more lower case and less courtroomy, “I didn’t want that executive order anyway.” On Thursday, Trump promised to have a new executive order, and that this one would be way more pleasing to the Ninth Circuit. Speaking of the Niners, one of the judges requested a “full court vote” to rehear the decision reached by the three-judge panel. The Court won’t take any further action though until Trump issues his new order.

In an anticlimactic plot twist, Kellyanne Conway may finally be in trouble by her shout-out to Ivanka Trump on television. This week, the Office of Government Ethics sent a letter to White House Deputy Counsel stating that Conway’s comments appeared to be “a clear violation” of federal ethics rules barring federal employees from endorsing products. Ouch. No word on whether Conway was officially disciplined by the White House, but POTUS did unfollow her on Twitter. Yeah, that’s the world we’re living in now. Though, there is a chance she will get away with it because any discipline will have to be doled out by the President.

Virginia is For Lovers (of the First Amendment)

You know how the legal drama over the travel ban is playing out on the West coast? Well, Virginia’s got something to say too, and it’s about First Amendment protection of religious freedom. A federal judge down there also issued a preliminary injunction against the Trump administration, which also prevented it from implementing the ban. But the U.S. District Judge Leonie Brinkema wasn’t just being trendy. She approached the case from a whole other angle. The VA case isn’t about refugees—it’s about how the state would suffer if the travel ban were generally allowed to go forward. For example, 1,000 students at Virginia universities and dozens of university staff members and professors could be affected by the ban. Based on that logic, as well as the minor detail that the executive order looks a lot like religious discrimination, Judge Brinkema banned the ban, at least for now. For now, the ruling only prohibits enforcement of the EO against Virginia residents, but there’s some speculation that it could be extended nationally in the near future. Judge Brinkema took the opportunity to remind the Trump administration that the executive power “does not mean absolute power.” Glad someone seems to remember that.