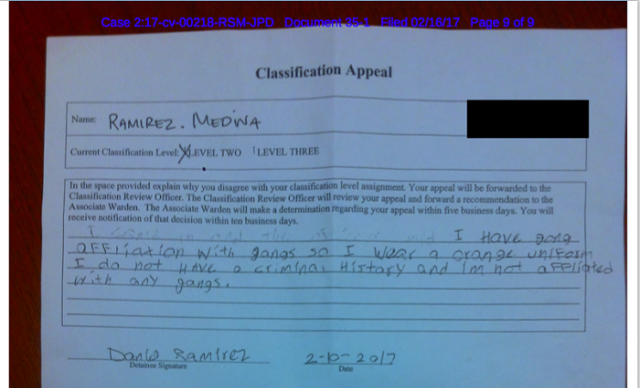 A Mexican immigrant who had been approved by President Barack Obama‘s Deferred Action for Childhood Arrivals (DACA) program was detained by immigration officials in Washington State last week, and his lawyers say the government altered documents to make it look like he was in a gang.

One of Medina’s lawyers told The Seattle Times that the suspicion of gang affiliation may have been related to a tattoo on his arm, but he denied being in a gang when officials questioned him about it repeatedly.

It’s unclear why Medina was detained in the first place, being that he is authorized to be in the country. Medina was brought to the U.S. as an undocumented immigrant when he was 7 years old, but the DACA program was supposed to keep him from being deported. Nevertheless, he was arrested during a raid on a family member.

A hearing in Medina’s case regarding his detention will take place on Friday in Seattle federal court. This is the same court that issued a preliminary injunction blocking President Donald Trump‘s travel ban.