This Could Explain Why Trump Jr. Didn’t Testify Before Mueller Grand Jury 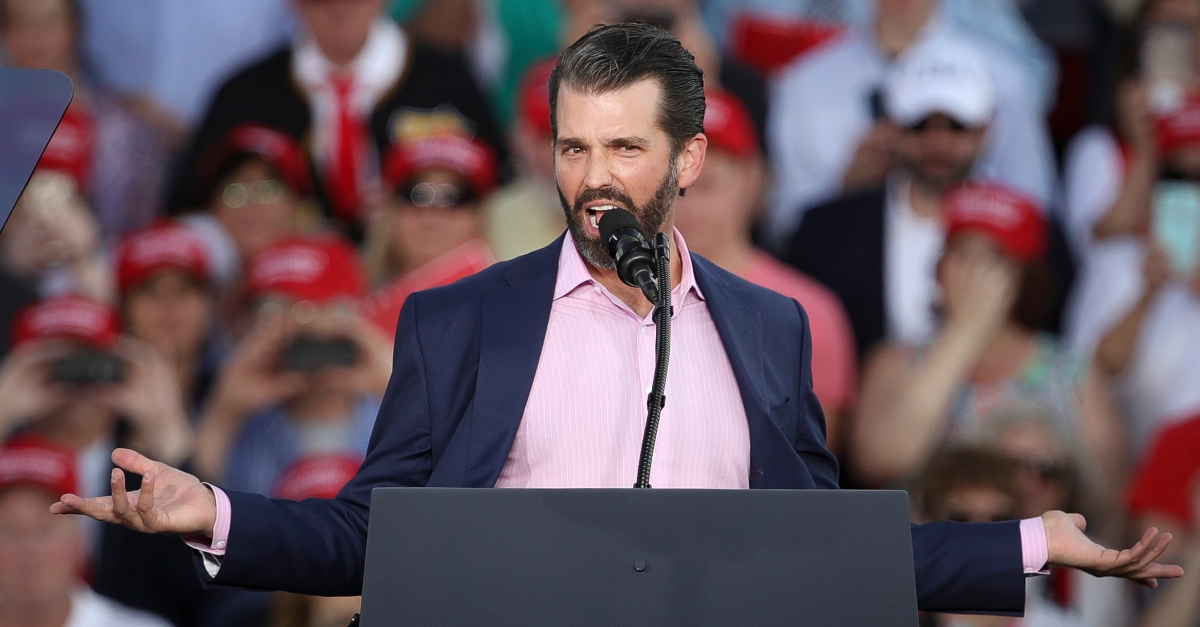 It turns out that Donald Trump Jr., son of President Donald Trump Sr., wasn’t subpoenaed to testify before the Muelller grand jury. The same thing was true of former White House counsel Don McGahn. The decision apparently surprised even even presiding judge Beryl A. Howell.

“The Special Counsel’s reasons remain unknown,” she wrote, according to POLITICO. “The reason is not that the individuals were insignificant to the investigation. To the contrary, both of the non-testifying individuals named in paragraph four figured in key events examined in the Mueller Report. Assessment of these choices by the Special Counsel is a matter for others.”

Trump Jr. didn’t get charged in the investigation by Special Counsel Robert Mueller, even after admitting to welcoming dirt on Democratic presidential candidate Hillary Clinton in 2016.

What are the ramifications and reasons behind him not testifying before the grand jury? National security lawyer Bradley P. Moss put it like this:

Renato Mariotti, a former federal prosecutor for the Northern District of Illinois, went into a little more detail. He suggested that Trump Jr.’s attorney said the president’s son would invoke the Fifth Amendment, so perhaps prosecutors backed off for tactical reasons.

The fact that Trump Jr. didn’t testify before the grand jury suggests to me that his lawyer said he would take the Fifth if called to testify.

In my experience, in that situation federal prosecutors won’t force him to take the stand and take the Fifth for a variety of reasons. https://t.co/YQF8xcNv3y

Trump Jr. attorney Alan Futerfas did not immediately respond to a Law&Crime request for comment.