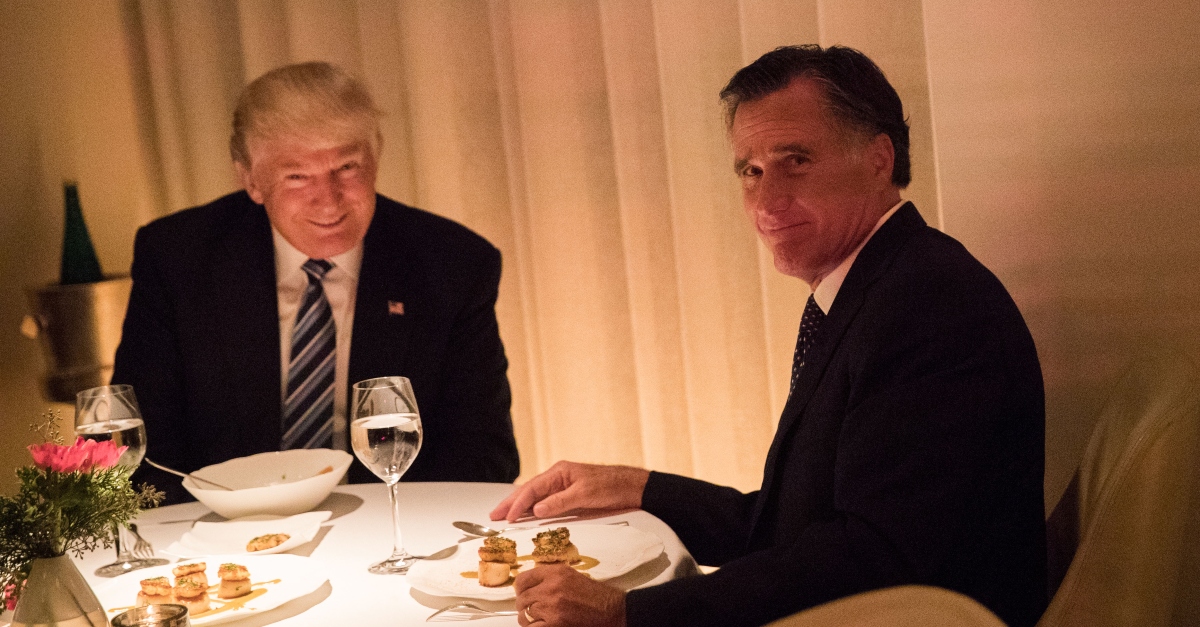 We were just reading through the article when we noticed something interesting. Apparently, the account liked this tweet wryly supporting the idea of using the 25th Amendment on President Donald Trump.

I’ve always thought that “invoke the 25th amendment!” was a misguided, futile notion but after this Tweet from the President, I’m reassessing… https://t.co/MFs3MpT6kj

The user in question–@qaws9876 or “Pierre Delecto”–set their account to private. An update in the article said it happened after the report went up. Then it went “public for a few minutes, then private once more.”

Feinberg has a good track record for this kind of thing. She discovered then-FBI Director James Comey‘s Twitter account months before he confirmed it. As with Romney, the lawman mentioned the private account in an interview, and Feinberg said she tracked it down using what she knew about him.

We reached out to Romney’s office for comment about the 25th Amendment tweet. After publication of the article, the Senator was coy, but pretty much confirmed the account was his.

Just spoke to @MittRomney on the phone, and asked him about Pierre Delecto. His only response: “C’est moi.” Updated my story accordingly: https://t.co/kcfIopokWh

A mere like on Twitter necessarily doesn’t mean the senator is gung-ho or even serious about the idea of removing the president from office via the 25th Amendment. Surely, we’re all aware of the “retweets don’t equal endorsements” disclaimer.

Nonetheless, the account user’s likes and tweets display a disapproval of the president. The likes also boost pro-Romney tweets.

Who is having the better Saturday? pic.twitter.com/qFZ4svo6Bt

As Republicans turn on people like Mitt Romney & US intelligence agents, I’d like to remind everyone that the crook they’re stupidly protecting is banned from operating a charity in all of NY because he and his swindling kids stole from a children’s cancer charity.

None of this is a surprise. Romney and the president’s public relationship is pretty awkward though they belong to the same party.

Note: This article was adjusted to better reflect that Romney confirmed the account was his.