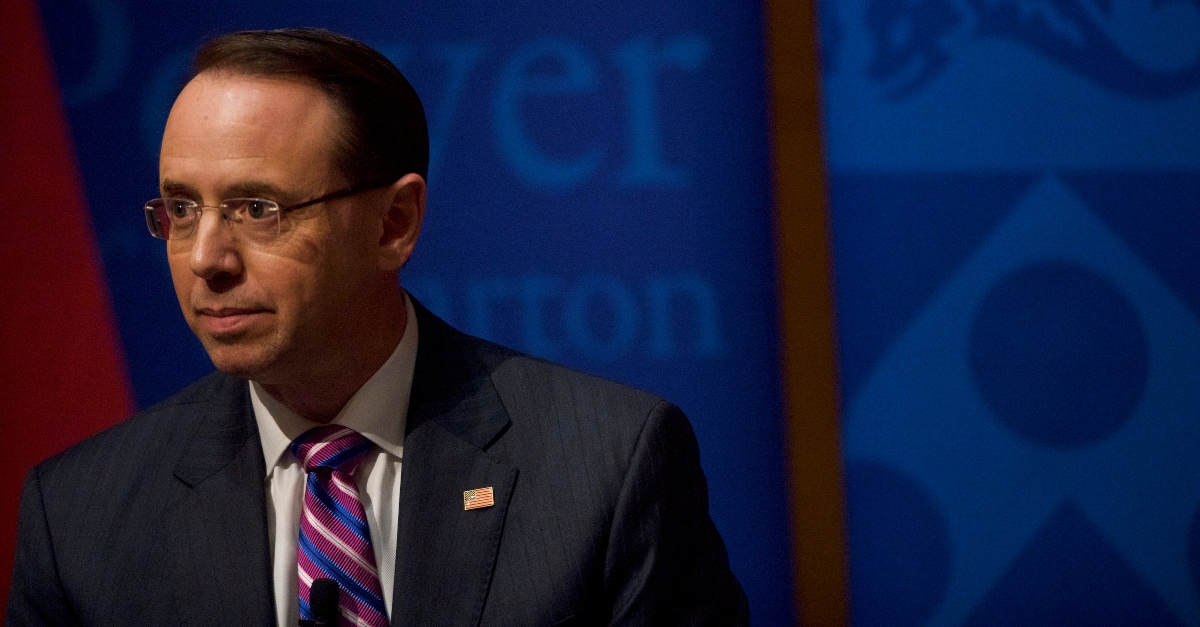 “We opened this case in May 2017 because we had information that indicated a national security threat might exist, specifically a counterintelligence threat involving the president and Russia,” former Deputy Director of the Federal Bureau of Investigation Andrew McCabe told the outlet. “I expected that issue and issues related to it would be fully examined by the special counsel team. If a decision was made not to investigate those issues, I am surprised and disappointed. I was not aware of that.”

The Times cited their report on “interviews with former Justice Department and F.B.I. officials.”

U.S. intelligence officials said the Russian government interfered in the 2016 presidential election help Trump and hurt Democratic nominee Hillary Clinton. But Rosenstein reportedly concluded that the FBI did not have enough of a reason to look into Trump’s links; he thought officials were acting too rashly after the president fired FBI Director Jame Comey. He reportedly also thought McCabe had conflicts of interest.

Time to formally open a felony obstruction of justice inquiry into @RodRosenstein for his role in firing Comey and then controlling/limiting the investigation into obstruction.

Quite convenient & as many of us said for a while, a flagrant conflict.https://t.co/xMnKyS0bJg

It is worth mentioning that McCabe used to be a favorite public punching bag of the president’s. His wife Jill McCabe had been running for office as a Democrat, having been asked to run for office by Clinton ally and Virginia Gov. Terry McAuliffe.