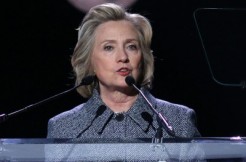 Priorities USA, a major pro-Clinton super PAC, has returned $200,000 in contributions from a construction company with government contracts.

“Based on our internal accounting, the contract appeared to be completed as the project was over four years ago,” Dan Antonellis, who works for Suffolk Construction, told The Hill in a Friday report. “We notified the Committee of this ambiguity, and they decided to return their contribution.”

A Priorities USA spokesperson also told that The Hill the funds were returned.

This sort of contribution is illegal. The super-PAC simply can’t get donations from companies with federal government contracts. It’s prohibited under the Federal Election Campaign Act of 1971.

The Hill broke the original story of the contributions on Wednesday. LawNewz.com previously verified the details: According to records from the Center of Responsive Politics, Suffolk Construction sent Priorities USA two $100,000 donations in 2015 to Hillary Clinton‘s presidential campaign.

Priorities USA have not responded to LawNewz.com’s request for comment. We will update if they do.
–