This Might Be the Trump Campaign’s Dumbest Legal Move Yet 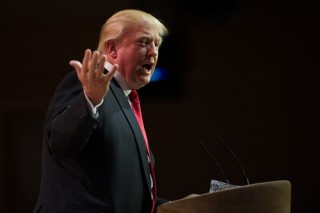 In an apparent effort to drum up support following the Brexit vote, Donald Trump‘s campaign made its dumbest legal move yet. And there have been some to pick from. Trump’s campaign reportedly sent out emails directly soliciting money from foreign politicians including at least 54 Scottish members of parliament, and to an unknown number of politicians in England, Iceland, Australia, Canada, and Denmark. This isn’t a political issue. I don’t care how you feel about Donald Trump. This is a legal issue, and there is no question that under federal law soliciting money from foreign nationals is illegal. The Federal Elections Campaign Act expressly prohibits this. The feds don’t even need a subpoena to prove the violations. They need only to turn to twitter.

Here’s the pretty damning evidence from the politicians themselves who received the email:

Has someone added me to the Trump email list as a prank, or has he bought a really dud spam email marketing list? pic.twitter.com/QnN6vaBFcI

May be Donald Trump bought lists – bizarre for grassroots campaign – but how does he opt out of foreign donations? pic.twitter.com/jVwfdFnI6U

@MDKanin @nytimes @realDonaldTrump – that’s exactly what I mean: even kindly offering to match our donations “dollar-for-dollar” up to $2.7k

I’ve emailed Trump’s campaign several times to try to figure out who the heck let this happen, but haven’t heard back. On CNN Friday morning, former Trump campaign manager, Corey Lewandowski, gave what could be the most convoluted and confusing excuse (though he wasn’t with the campaign when this happened). Lewandowski claims the politicians must have opted into the email listserv. That’s clearly not true—see Australian Member of Parliament Tim Watt’s tweet above where he asks, “has someone added me to the Trump email as a prank?”

On Wednesday, the Campaign Legal Center, a nonprofit and nonpartisan group, filed an official complaint with the Federal Election Committee. And, in case you were wondering, in 2012, the U.S. Supreme Court emphatically upheld the prohibition against foreign contributions in U.S. elections.

So what could happen?

“If the FEC determines he’s violated the law, the likely outcome would be the FEC attempting to get him to pay a fine. The FEC lacks the legal authority to actually require payment of a fine in this scenario. Instead, all the FEC can do is try to talk an alleged violator into entering a “conciliation” (i.e., settlement) agreement and paying a fine. If the alleged violator refuses to do so, then the FEC has to sue the alleged violator in federal court and convince a judge that the law’s been broken,” Paul Ryan, the deputy executive director for the Campaign Legal Center, told LawNewz.com. The entire process could take years.

The U.S. Department of Justice does have jurisdiction to criminally prosecute “knowing and willful” violations of the Federal Election Campaign Act, so they could choose to investigate this matter further. I doubt they will unless they find out that a substantial number of foreign politicians actually donated to his campaign as a result of the solicitation email. Foreign contributions are permissible to other non-election related organizations or nonprofits. So if Trump, say, sets up the Trump Foundation, and solicited foreign donations, that would be allowed.