Pa. Lawmaker Trying to Overturn Election Results Learned He Had COVID-19 During Meeting with Trump: Report 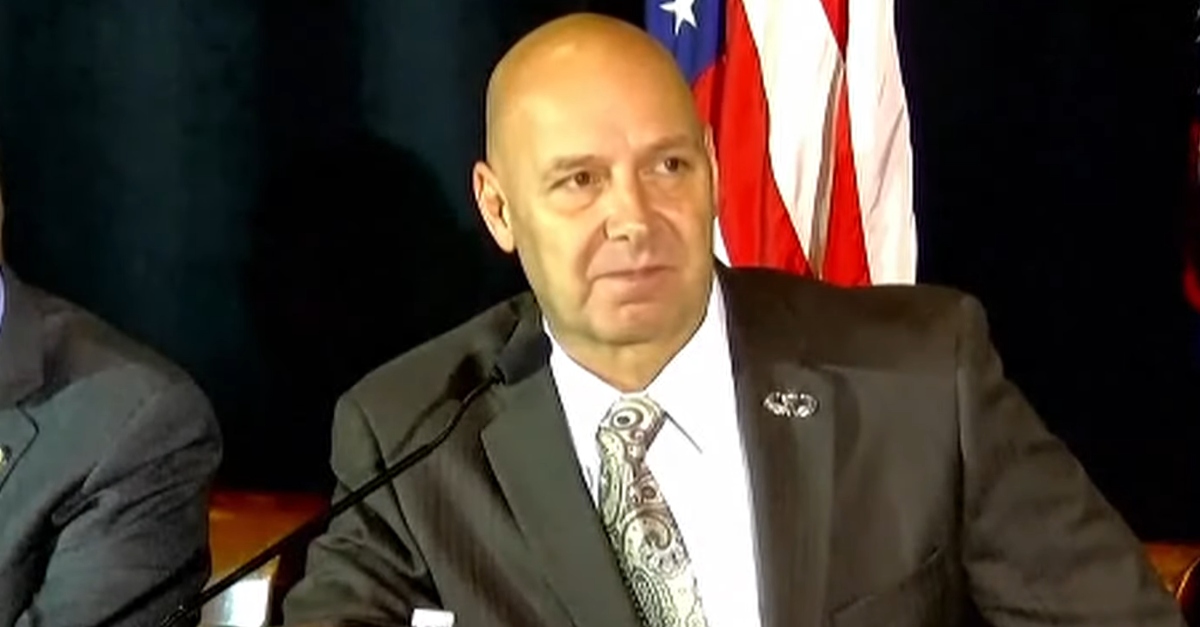 There’s no good time to learn you have a virus, let alone with one newly spreading among humans. Pennsylvania state Sen. Doug Mastriano (R-District 33), his son, and that son’s friend learned that they had COVID-19 during a meeting at the White House on Wednesday with President Donald Trump, a source with direct knowledge told The Associated Press in a Sunday report. They left the meeting. Trump reportedly told the lawmaker that White House medical personnel would take care of them. The meeting continued, said the source. Everyone involved had been tested, but the trio only learned the results when they were in the West Wing.

The president had invited GOP lawmakers from Pennsylvania to the meeting on Wednesday. Those involved did not discuss what happened after, according to local Philadelphia radio station WHYY.

Mastriano’s office did not immediately respond to a Law&Crime request for comment sent Sunday evening. Trump had already had a bout with COVID-19 about two months ago.

Mastriano brought his son and his son’s buddy to a coup meeting with Trump in the Oval Office, and that’s where they found out they all had Covid. Mindbending.

In any case, Mastriano backs Trump’s unsubstantiated claims of substantial voter fraud in the 2020 election. He announced a resolution for the GOP-led Pennsylvania legislature to appoint delegates to the Electoral College. Legal expects knocked the proposal as unconstitutional.

“Never in my life did I think that I’d see elected officials in the United States acting in such nakedly, indefensibly anti-democratic ways — and blatantly lying about why,” University of Texas School of Law professor Steve Vladeck said on Saturday. “It’s not going to matter, but this is insane — and anyone not condemning this nonsense is complicit in it.”

[Screengrab via The Independent]