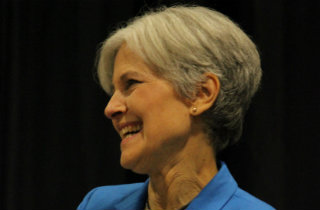 On Monday, Green Party candidate Jill Stein started the paperwork on the second prong of her presidential recount efforts by coordinating the filing of requests in more than 100 of Pennsylvania’s precincts. In a statement, her campaign said that it “expects recount requests to be filed in many more precincts in the Keystone State in the coming days.” As outlined by Pennsylvania state law, a recount requires that in a given precinct, three separate voters submit sworn affidavits asking for the re-tabulation.

“Americans deserve a voting system we can trust,” said Stein in the statement. “After a presidential election tarnished by the use of outdated and unreliable machines and accusations of irregularities and hacks, people of all political persuasions are asking if our election results are reliable. We must recount the votes so we can build trust in our election system. We need to verify the vote in this and every election so that Americans of all parties can be sure we have a fair, secure and accurate voting system.”