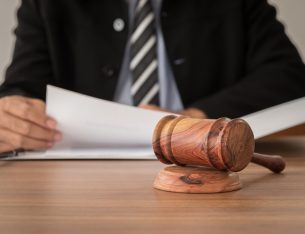 The Thornton Law Firm in Boston, MA was recently ranked as one of the top law firms in the nation for political contributions.  Law firm records reportedly show millions of dollars in contributions over the past several years to major Democratic Party politicians, including Harry Reid and Elizabeth Warren. On Saturday evening, the Boston Globe published the results of its investigation into the firm’s contributions and what the newspaper uncovered raises a number of red flags with campaign finance law experts.

According to the Globe’s lengthy report, the newspaper uncovered a pattern of “bonus” payments made to partners that exactly equaled the amount of a partner’s monetary contribution to a political candidate.  For example, law firm records from 2010 reportedly show partner David C. Strouss received a “bonus” payment for $2,400 from the firm on the same day that other records show Strouss donated $2,400 to the campaign of Montana Senator Jon Tester.  Throughout its larger review of records, reporters found more than 280 examples where political contributions exactly matched bonuses paid to law firm partners.

Campaign finance law experts told the newspaper the apparent reimbursement system for political donations could potentially be a major problem for the law firm.

Former federal prosecutor Brian Kelly was reportedly hired by the law firm to respond to questions about the payment system.  Kelly denied that the firm had engaged in any wrongdoing and told the newspaper the system was vetted by legal counsel.  The report states:

Brian Kelly, said the bonuses should not have been called bonuses at all because they were paid from the lawyers’ own money. He said an accountant deducted the payments from their equity, or ownership, in the firm. When lawyers leave Thornton Law and cash in their equity, he said, their financial settlement with Thornton would be reduced by the amount of the bonuses.

Kelly’s response, however, did not satisfy some of the legal experts who said federal regulators might view the bonuses as “open-ended loans.”  Under that view, the donations could be seen as “hidden, illegal donations from the firm.”

“I think they need to be very careful,” James Kahl, former deputy general counsel of the FEC, told the paper. “The big red flag is monies being advanced, and the truing up doesn’t happen for many years.”

In light of this story, a handful of Democratic Party politicians have now taken steps to return any donations they received from the Thornton Law Firm.

New Hampshire Governor Maggie Hassan, who is currently in a tight Senate race with Republican Senator Kelly Ayotte, told the Boston Globe on Sunday she will return $51,000 she received in donations from the law firm.

The Milwaukee Journal Sentinel is reporting that Senate candidate Russ Feingold will also return $45,000 in contributions his campaign received from the law firm.

The Hill is reporting that Florida Senate candidate Patrick Murphy will return $21,800 in donations.

There is no indication that any of the candidates knew of the law firms donation practices prior to the Globe story on Sunday.