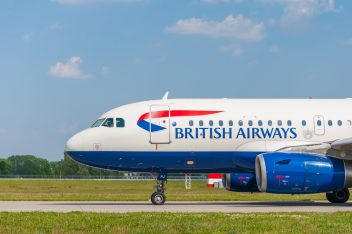 An airline pilot has been suspended after a tabloid magazine alerted bosses at British Airways that it was preparing to publish lewd photos of the pilot that appear to have been taken inside the cockpit of Boeing 777 aircraft.

The Sun tabloid published several photos that they say show Captain Colin Glover, 51, wearing stockings and exposing his genitals inside the cockpit.  According to the report, the dashboard settings indicate the aircraft was seemingly on autopilot as the captain snapped the extremely graphic photos. However, there remains a possibility that some of the photos may have been snapped inside a flight simulator.

The airline told the tabloid they are conducting an investigation into the images and trying to determine whether they taken with passengers on board.  Captain Glover has also reportedly denied that he is the man in the photos, but he has been suspended pending the outcome of the airline’s internal probe.

Chris Yates, an airline expert interviewed by The Sun, said he believes the photos were taken on board a real aircraft, not in a simulator.

“You can tell by the lighting it is a plane, Yates said.  “There is also more going on in the control panels than on a ­simulator. It looks a live aircraft.”

He also described the pilot’s alleged actions as “very dangerous if the plane is in mid-flight.”

“If you are flying, you can fly into serious turbulence,” Yates explained.  “This person is in danger of losing his aircraft and his job.”