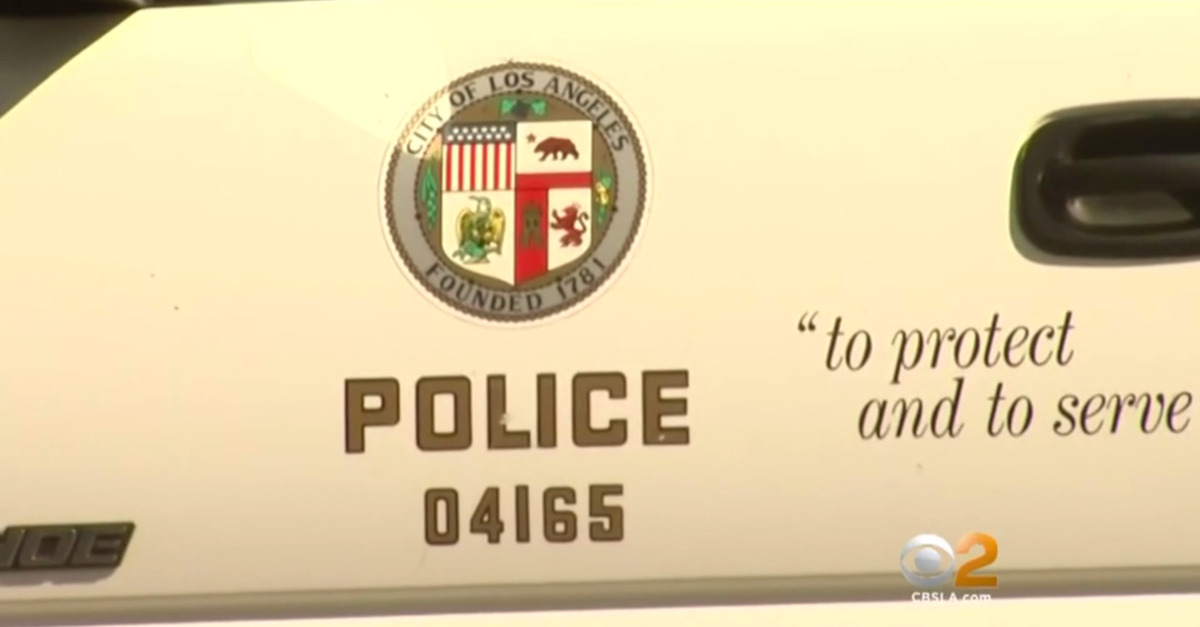 Villegas apparently broke things off soon thereafter. But after that, the detective alleges, Reedy distributed explicit photographs of her without her consent.

According to Villegas, Reedy distributed those images to multiple members of the LAPD in an attempt to shame and humiliate her because he was upset about their alleged breakup.

One text message, allegedly sent by Reedy to Villegas, reads: “Retire now…I’ll make sure you do..you won’t be able to look anyone in the eyes soon.”

Reedy, for his part, denies the allegations.

Attorney Michael Williams represents the accused officer and says that his client never took any photographs of Villegas, doesn’t know who took them or distributed them–and that Reedy and Villegas never had a long-term relationship to begin with.

“Even if he did it–and I’m not saying he did–it’s academic anyway if one voluntarily participated in such photographs,” Williams told the outlet.

“She alleges that it was a very abusive relationship. That he physically assaulted her on a number of occasions–hitting her on the head for example. That he took explicit photos of her without her consent and that he threatened to expose her. Post those photos on social media and send them out to other people if she left the relationship,” Bloom told the local CBS affiliate.

One additional wrinkle: Ysabel Villegas is currently married to Jorge Villegas—the former LAPD assistant chief who abruptly resigned in November over allegations that he was engaged in an improper sexual relationship with a subordinate officer.

There are currently no indications that any of the various allegations from the two separate sex scandals are related.

A hearing on the Villegas-Reedy restraining order is currently scheduled for January 15.