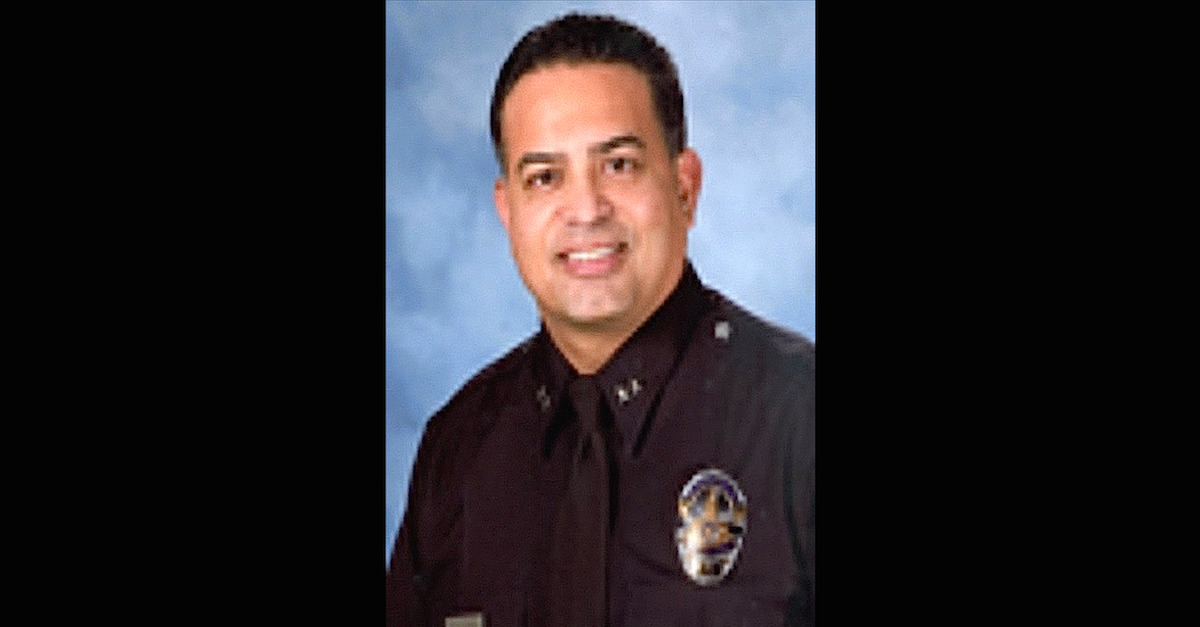 A high-ranking member of the Los Angeles Police Department (LAPD) was allegedly caught having sex with a female subordinate after being tailed by his own undercover officers.

According to the Los Angeles Times, Assistant Chief Jorge Villegas immediately retired after the surveillance team leveled allegations that their superior was in violation of: (1) LAPD policy regarding sexual relationships; and (2) a municipal statute against public lewdness.

Villegas, a 29-year veteran of the force, was one of three who directly answer to LAPD Chief Michel Moore. Moore was appointed chief of police earlier this year by Los Angeles Mayor Eric Garcetti.

Villegas previously oversaw the Office of Support Services where his wide-ranging mandate included budgetary, training and recruitment issues as well as “other behind-the-scenes aspects” of the 10,000-strong police force; the third-largest law enforcement agency in the nation.

According to law enforcement sources cited by the LA Times, Villegas was seen leaving a bar with a woman and then getting into the same car together at which point the pair appeared to engage in sexual activity.

The exact details, time and place of the alleged incident–as well as the overall truth of the allegations–have yet to be confirmed by the LAPD itself. But local media in California have cited several law enforcement sources on various aspects of the investigation into Villegas’ behavior.

According to NBC News Los Angeles, Villegas was subject to an internal affairs investigation several weeks before his retirement was announced. The outlet notes:

The [internal affairs] investigation followed the receipt of two anonymous tips that made detailed, specific allegations about Villegas, the sources said. One of the tips was included in a letter; the other was left in a voicemail message.

“Chief Villegas has indicated his intention to retire by the end of the year,” LAPD public information officer Josh Rubenstein told NBC. “State law prohibits me from commenting any further on personnel matters.”

But at least some LAPD officials are starting to divulge additional information.

Steve Soboroff is the president of the Los Angeles Police Commission and apparently a key player in the abrupt Villegas departure.

Soboroff said his agency received an anonymous letter sometime in October detailing misconduct allegations against Villegas. Those specific allegations have yet to be made public, but Soboroff did confirm that his agency referred the letter for additional investigation.

The LA Times notes, however, that surveillance on Villegas likely began before that anonymous letter was ever sent. On October 23, members of the commission were handed Villegas’ retirement papers.

The departure was casually reported on that same day, with Officer Tony Im of the LAPD Media Relations Section simply stating, “Chief Villegas related his intent to retire from the department, and in the coming weeks Chief Moore will name a successor.”

An enrollee in Los Angeles’ Deferred Retirement Option Plan, Villegas would have taken away nearly $1 million in additional pension funds had he kept his job through 2020. But by retiring just over one year early, he’s waving goodbye to almost half of that money.