Officer Gerald Ellis Sacrificed Himself to Save Lives | Law & Crime 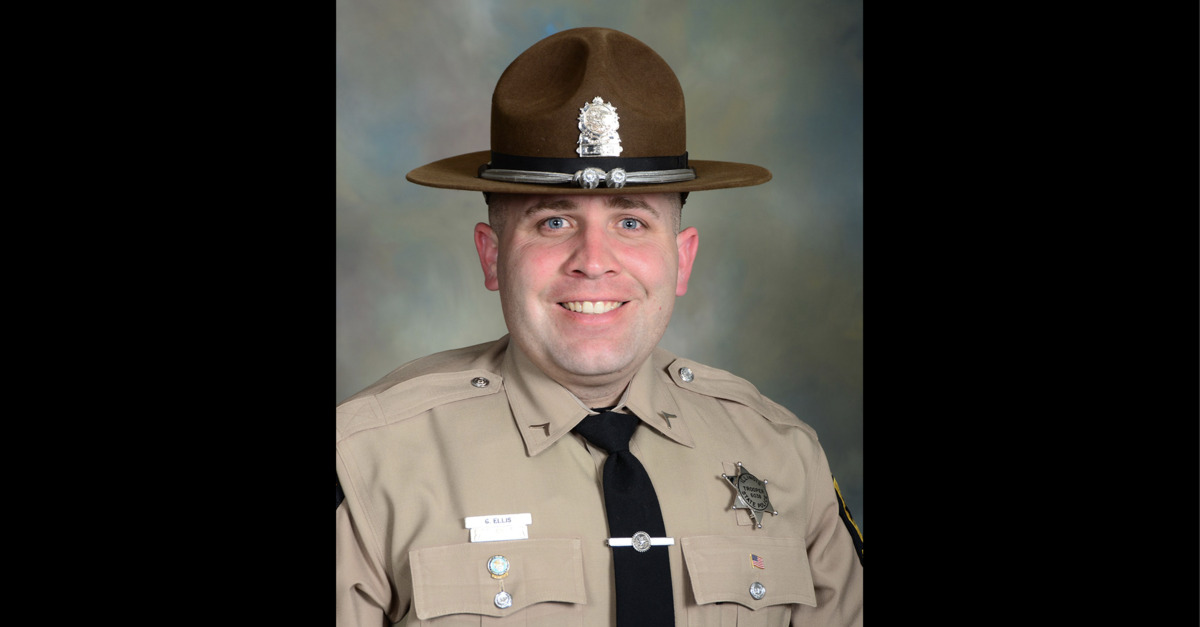 A police officer in Illinois sacrificed himself to protect the lives of innocent commuters on a freeway early Saturday morning. Illinois State Police (ISP) Trooper Gerald Ellis, 36, used his squad car to intercept a wrong-way driver on Interstate 94 in Lake County.

Officials say Ellis was on his way home at the time of the incident. The 11-year veteran crashed head-on with the errant driver who was traveling eastbound on westbound lanes of the interstate just before 3:30 a.m.

After the collision, Ellis was transported to a local hospital with life threatening injuries but was pronounced dead at 4:04 a.m.

“While the men and women of the Illinois State Police are still grieving our recent loss, it is with profound heartache and unfathomable sadness that we inform you of the death of another fallen trooper, Trooper Gerald Ellis,” Kelly noted. “Trooper Ellis laid down his life while protecting the citizens of this state. We are asking the public to respectfully give consideration to the family of Trooper Ellis and the ISP while we continue to process and work through this tragedy.”

Ellis, a military vet, is survived by his wife and two kids.

The statement referenced another recent loss for the ISP–also due to a traffic accident.

In a separate Facebook post commemorating both of the fallen officers, the mother of a woman saved by Ellis thanked the officer for his unselfish act of bravery and heroism.

Trooper Gerald Ellis you are my HERO. This officer paid the ultimate sacrifice early this morning and saved my daughter’s life. She was traveling home from Washington D.C. with a family she babysits for. From what we were told Trooper Ellis was directly ahead of them two lanes over and moved his squad car into their lane to block a wrong way driver on interstate I94 in Illinois from hitting the car she was in. They were the sole vehicle on the interstate at the time of the crash and were witnesses to the whole thing. There was nothing they could do to help Trooper Ellis or the other driver. My heart breaks for this officer and his family both blood and blue. As a LEO wife I can’t image what they are going through. I can’t stop crying and thinking of my prayer last night before bed, that God would wrap his arms around the car she was in and bring her home safe. Little did I know that a few hours later I would find out about this accident. That early morning phone call was a nightmare and a blessing.

“Thank you God and Officer Ellis for letting her and the others in that car come back home to us,” the post continued. “We are so ever grateful to you. Your bravery and sacrifice will never be forgotten.”