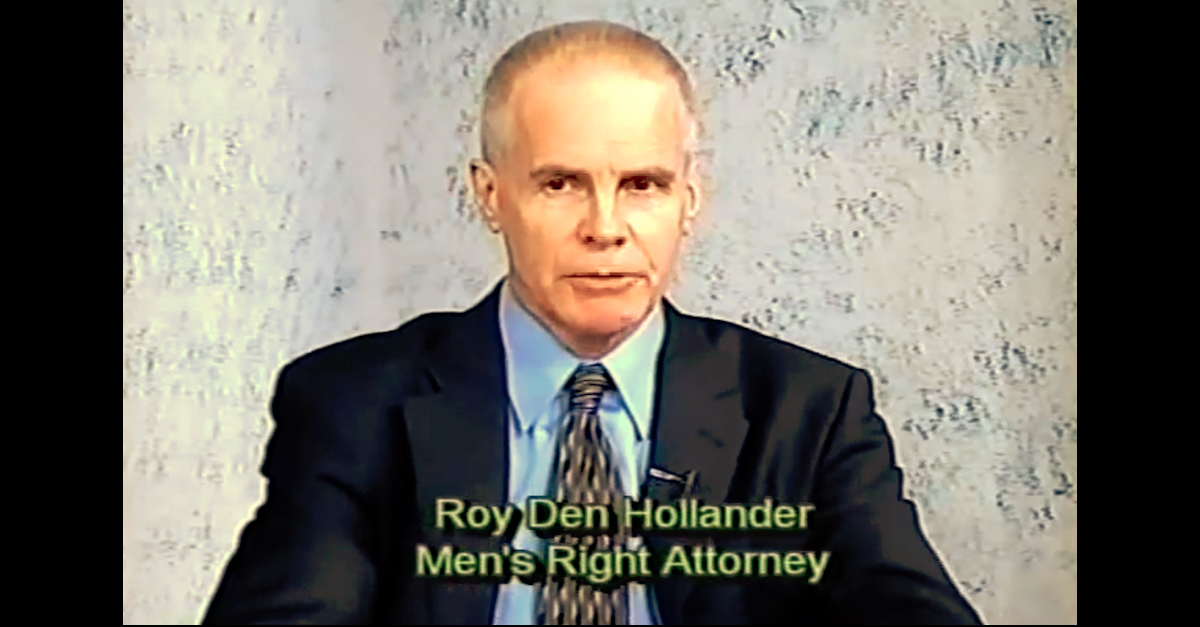 On Sunday, July 19, 2020 at 5:00 p.m., shots rang out at the North Brunswick, N.J. home of U.S. Distritct Court Judge Esther Salas. Her 20-year-old son, Daniel Anderl, lay dead at the front door. Her husband, Mark, a former prosecutor turned criminal defense attorney, was seriously wounded. The culprit initially appeared to be a person dressed as a Federal Express delivery person who escaped without completing any attack on the judge. Police suspect the murderer was a lawyer, Roy Den Hollander, who had appeared before Judge Salas in one of his many cases inspired by his hostility — usually against women. Den Hollander’s autobiography is shedding new light on why he went to where authorities say he killed himself, why he is alleged to have targeted Judge Salas’s family, and names other judges — including one Supreme Court justice — whom he railed against in print. 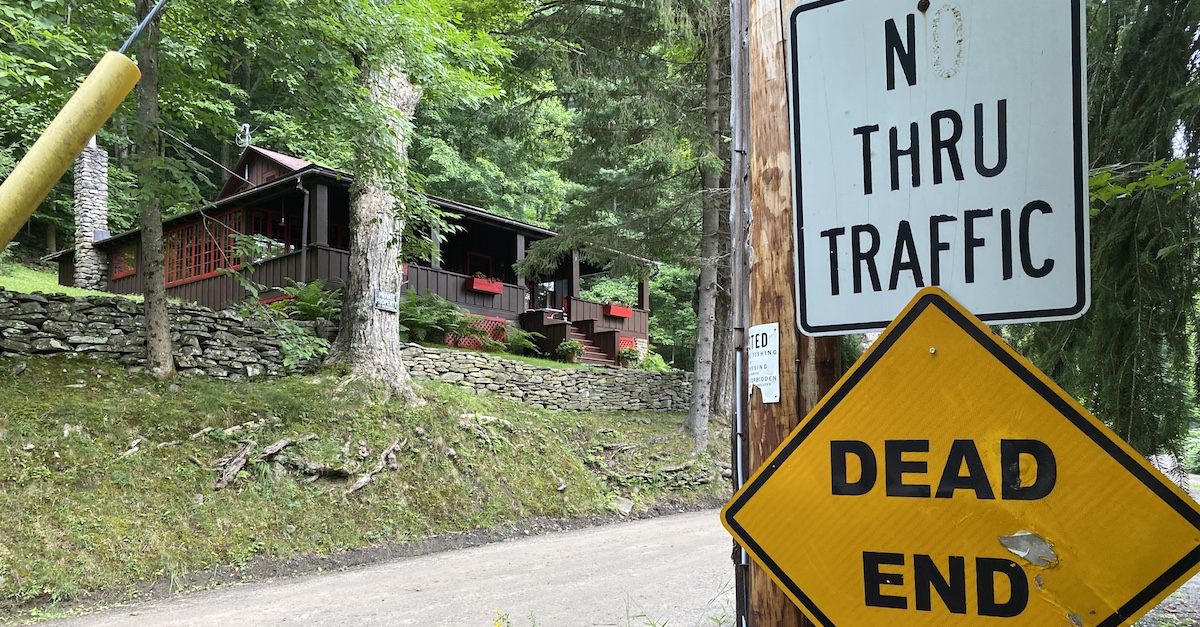 Den Hollander was found dead from a self-inflicted gunshot wound the next day in an idyllic community surrounding the Beaverkill River in Sullivan County, New York. The entrance to Ragin Road near the Beaverkill River campsite reads ‘Dead End’ — a perhaps fitting place for Roy Den Hollander who to end his own life. In reality, however, Roy Dell Hollander’s humanity was dead from the beginning of his life as he tells it. 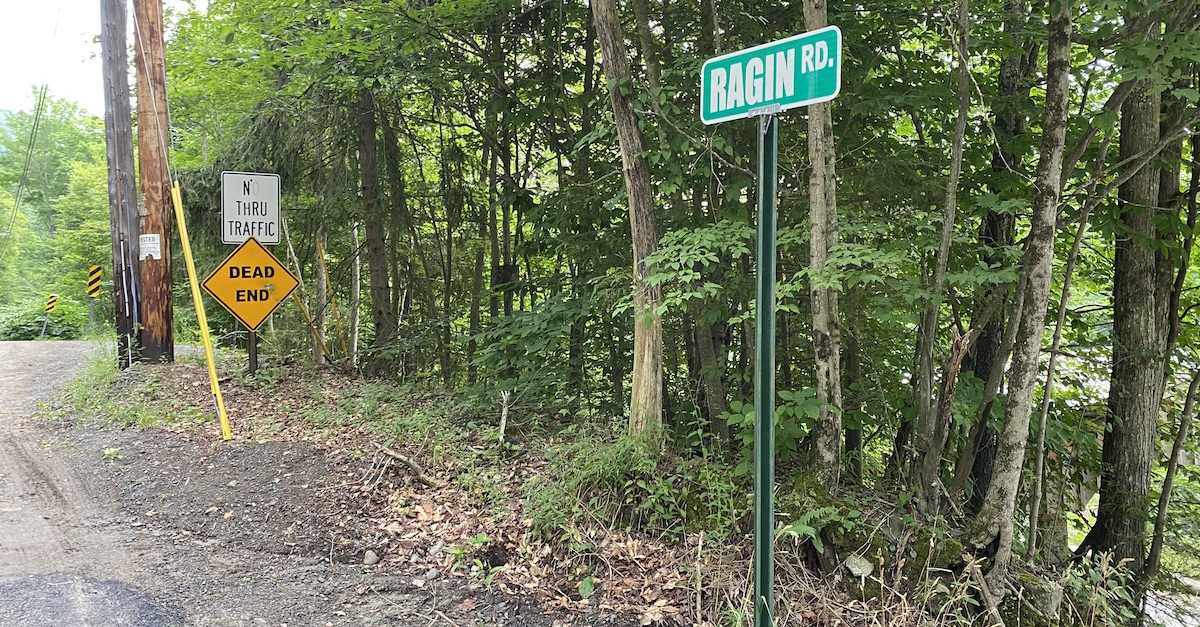 The Beaverkill River is world famous trout fishing. The area which still suffers from poor cell phone service and the lack of functioning internet service is home to very expensive homes, many built by mogul Laurance Rockefeller, Jr., the great grandson of John D. Rockefeller of Standard Oil. Rockefeller purchased the land decades ago as part of both development and preservation goals — the area now being known as Lew Beach. 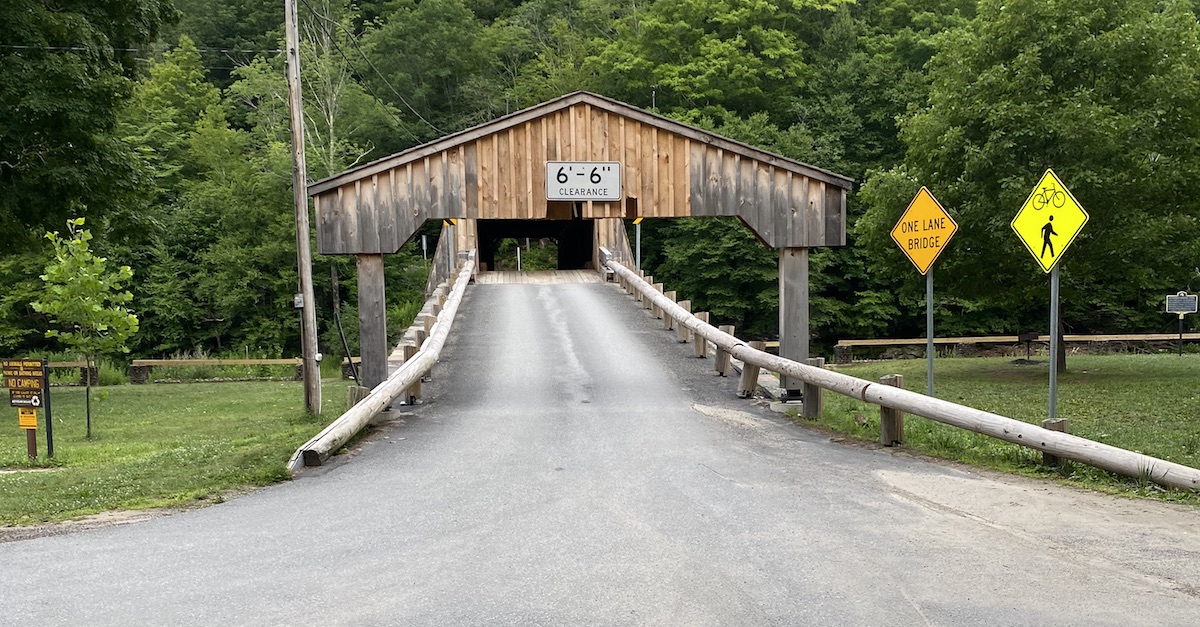 Beaverkill is home to a beautiful campsite dotted by an old but functioning covered bridge that connects the campsite to Berry Creek Road on its one side and Ragin Road on its other. There, on Monday, after the shooting of Salas’ family, the body of Den Hollander lay discovered by a Town of Rockland road crew. Den Hollander had spent his summers in Beaverkill, Sullivan County. 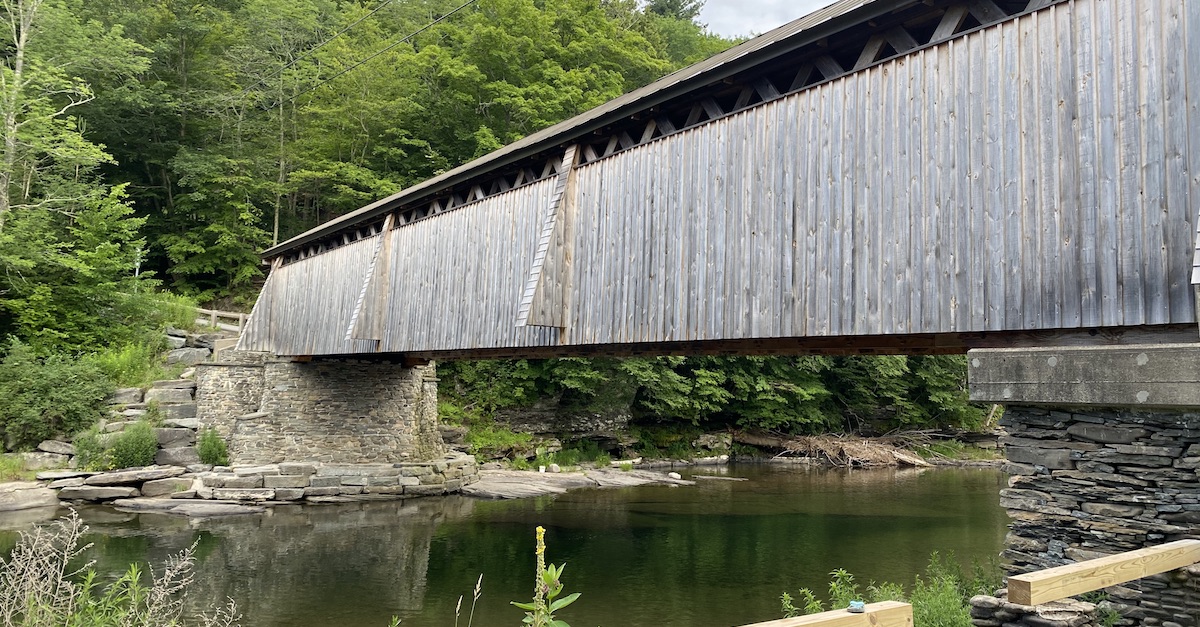 What immediately had come to light with regard to Den Hollander is that he was anti-feminist, a women’s rights hater, an apparent woman hater, and a men’s rights advocate who once barked on his website that “now is the time for all good men to fight for their rights before they have no rights left.”

“Contact Roy to help battle the infringement of Men’s Rights by Feminists and their fellow sisters the PCers,” it also said.

Den Hollander then listed a ‘trilogy’ of ‘anti-feminist’ cases where he touted taking the lead in battling against women. For a while, a decade earlier, he received a lot of television time, including appearing in shows such as Stephen Colbert. But then, as he came more dogmatic and published more writings, it became clear he was truly suffering from a deep seeded hatred of women. He was not just an attention-seeking, one-issue litigant.

Sometime in 2019, assuming people would want to read about him, he published a more than 2,000-page autobiography online. Ultimately, he was correct about the public’s interest:  the only way we can learn how such murderous psychotics are created is to understand where they came from. How did Roy Den Hollander become Frankenstein? He was surely aware of the character since he claimed that all women had a bit of the creator Mary Shelley in them.

My ENT referred my [sic] to a couple of oncology surgeons who also took my medical insurance—AARP Medicare Complete Mosaic by UnitedHealthcare (more on that later). I also contacted [a primary care provider] requesting a referral to a specialist in mucosal melanoma, but never heard back from him. All of this was a nice stressful addition since it occurred in the middle of preparing for oral argument in a federal case before a lazy and incompetent Latina judge appointed by Obama. But what really annoyed me was the time consumed to deal with this doom. I had things to do to balance the accounts, but time was now rapidly running out.

He also had the name and photograph of Chief Judge of the State of New York Janet DiFiore in his car. There were no male judges photos which accompanied him on his homicidal ride. 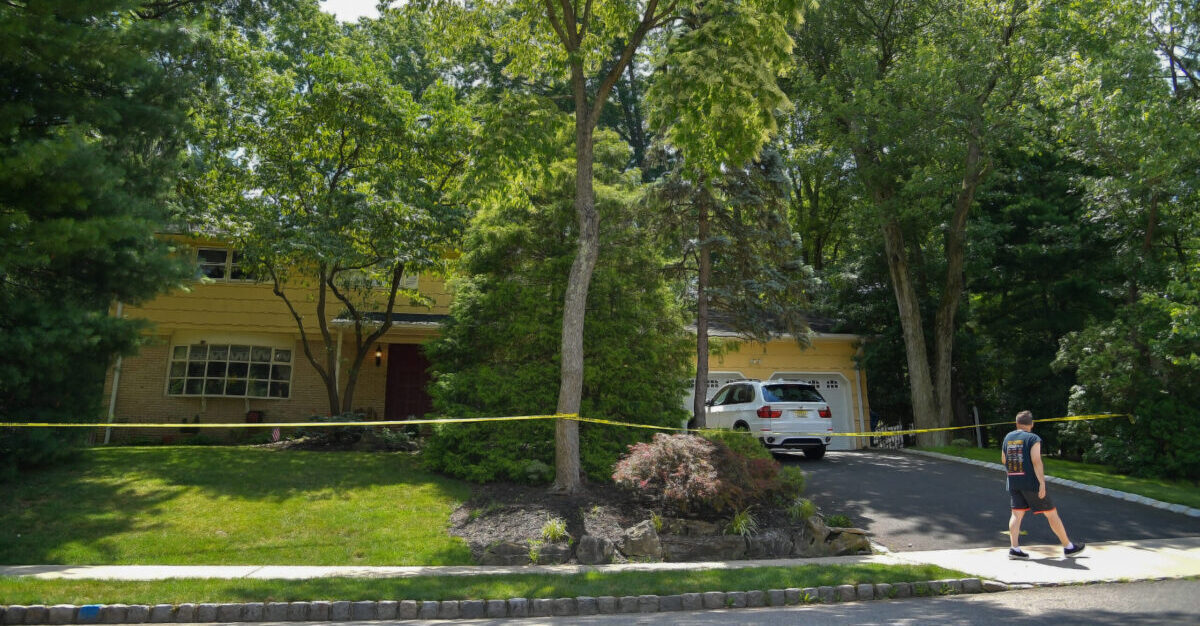 The home where the husband and son of Judge Esther Salas were shot (photo by Michael Loccisano/Getty Images).

I have started reading the autobiographic diatribe of this very disturbed man. He both hated his mother with a vengeance and at the same time loved her body, mentioning several times how he stared and ogled her. Yet he blames his mother for not having him by caesarian section. His breech birth, he says, was because she was vain. One wonders what his medical records showed about any oxygen loss or other infirmities he suffered as a child as a result of this birth process. Or was this all in his head? He then felt that his luck ended when he was born because “he survived.” He also complained about his mother because, according to him, with a “screwed up face of unrepented ‘anger’ she repeatedly told him ‘don’t bother me I wish I listened to your father and never had you!’” He felt his mother was mean and nasty and that she had killed his little brother, Roger, by starving him to death:  infanticide, he called it. In order to get back at his mother when she died, he dumped some of her ashes onto a small patch of grass and told his deceased brother Roger, who he never had met, “maybe in some strange way that will show you that you came out better than we did. Adios!”

This is his life, and his exposed hate against his mother exists only in the first few paragraphs.

He further expressed hated against all women. He realized that the “most important thing to girls is money, material wealth.”  Then came more anecdotes about his own mother:

It took me years to figure out why mother had refused to take me to a doctor in the first place. The answer was money. Less money spent on the kids meant more money for mother. As with most females who were pretty when young, they pursued money for when they lost the currency of their good looks. For them money was more important than their kids. It actually paid off for mother. At the end of the parents’ lives, she had more saved than her husband who had earned it all.

Although Den Hollander grew up in New Jersey, where — according to him — his father served as president of a Board of Education and later served as a councilperson in Bergen County, Den Hollander himself spent summers at the family cabin in the Catskills — Beaverkill — where he went to kill himself. He even mentioned finding his way to the Beaverkill campsite as a child. The Beaverkill campsite is an idyllic spot leading to the famed Beaverkill Covered Bridge, a one-lane wooden bridge that a car can drive over to reach a roadway on the left which is Berry Creek Road and on the right which is Regin Road. It was on Regin Road in Beaverkill that Den Hollander took his own life after he authorities say he attacked Judge Salas’s family. 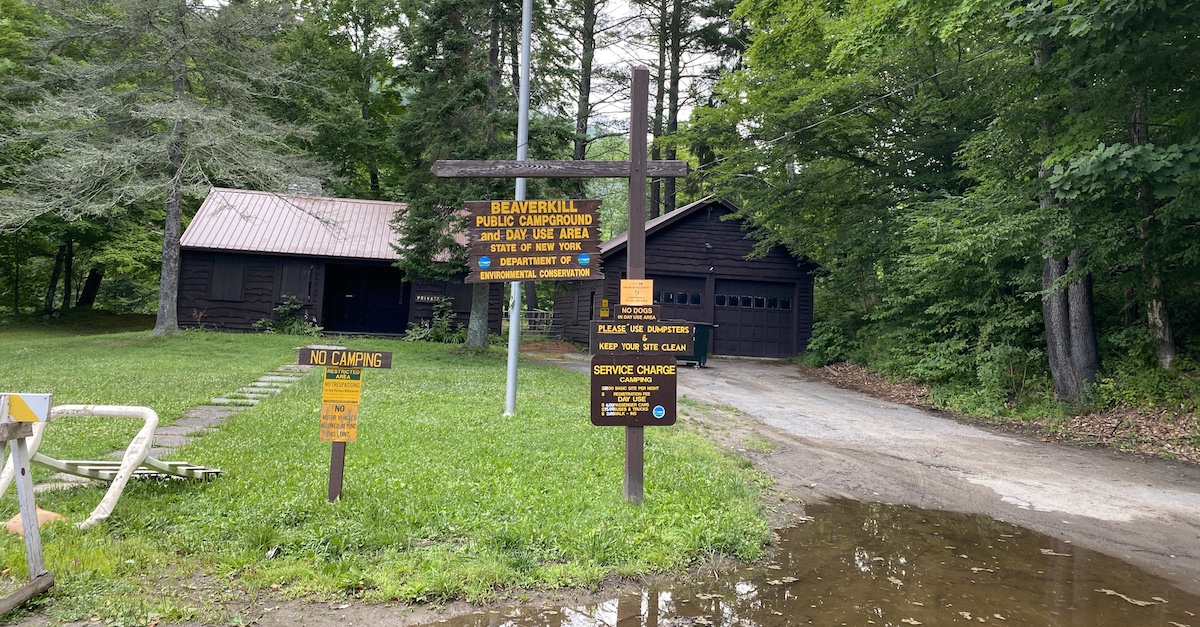 Back then, before our first female president, Barack Obama, made Sotomayor a Supreme Court Justice in accordance with the Peter Principle, Sotomayor was 52 years old, prime age for a Feminazi, born in a housing project in the South Bronx with Puerto Rican ancestry. She graduated Yale Law School, but so did Billy-Bob Clinton, and neither made it through with honors. She worked as an Assistant District Attorney in Manhattan, not very prestigious for a graduate of Yale or any law school. In 1984, she joined the nondescript law firm of Pavia & Harcourt, which recruited lawyers fluent in Spanish, Italian, French and Portuguese, and eventually became a partner. In 1992, President Bush Sr. made her a district court judge, and in 1998 she landed on the Second Circuit Court of Appeals, thanks to Hillary Clinton who pretty much determined President Clinton’s judicial appointments.

Looked like America was turning into a banana republic where felons can get away with violating the law by paying bribes to disappear records and everyone will eventually look like Obama, except for the blonde hos, of course. The Ho was now free to continue her criminal activities in the U.S.A. as though she was a permanent resident—she won, for now anyway. Immigration could reinstitute the deportation proceeding, but unless Trump becomes the next President, that’s not going to happen.

In this whole vile story, it cannot be forgotten that Den Hollander functioned as a lawyer according to his LinkedIn page (which has since been taken down). He worked for major firms including Cravath, Swaine & Moore for several years in the 1980s and lived in the Soviet Union as an agent of the investigative firm Kroll. He was still handling misogynic cases when he was diagnosed with terminal nasal mucosal cancer in 2019. We know the ending to this story, but we need a lot more research into the beginning of his story. Maybe next time we can save the innocent victims and prevent the next Roy Den Hollander from becoming consumed by hatred leading to one of the more heartbreaking stories that has touched the family of lawyers across the State of New Jersey and beyond.

Linda Kenney Baden is a former criminal prosecutor and trial attorney known for high-profile cases such as Aaron Hernandez and Casey Anthony. She represented music producer Phil Spector in his first murder trial and was portrayed by Dame Helen Mirren in a SAG award-winning performance for the television film, Phil Spector. Linda Kenney Baden is a Magna Cum Laude graduate of Rutgers University, she then went on to graduate from Rutgers School of Law. Following graduation from law school, she served a judicial clerkship with the Presiding Judge of the Appellate Division, Judge John F. Lynch, and then entered private practice with the law firm of Meyner and Landis in Newark. Ms. Kenney Baden was later appointed Assistant Prosecutor for the Monmouth County Prosecutor’s Office where she served as a trial team leader and the lead attorney assigned to the Sex Crimes Investigative Unit. During her tenure with the Prosecutor’s Office, she prepared and tried numerous criminal cases including those involving murder and the death penalty. Ms. Kenney Baden is now a private trial attorney who focuses on criminal defense and civil rights. Photo credit: Clay Patrick McBride