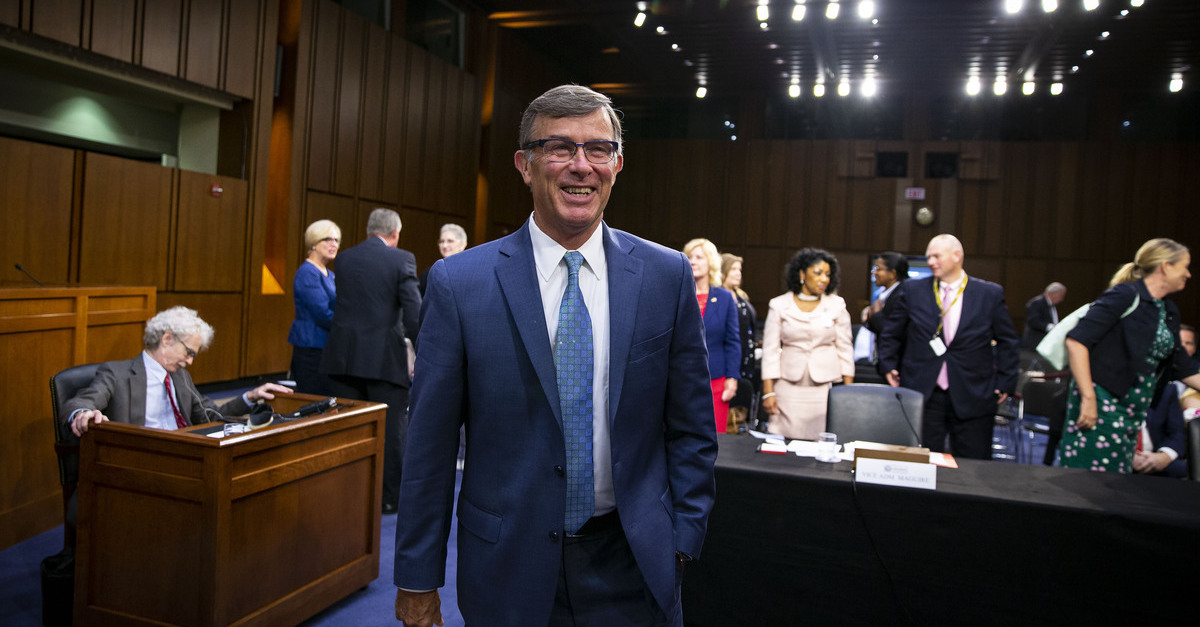 I am pleased to inform you that the Honorable Joseph Maguire, current Director of the National Counterterrorism Center, will be named Acting Director of National Intelligence, effective August 15th. Admiral Maguire has a long and distinguished….

….career in the military, retiring from the U.S. Navy in 2010. He commanded at every level, including the Naval Special Warfare Command. He has also served as a National Security Fellow at Harvard University. I have no doubt he will do a great job!

Seems like President Donald Trump forgot to check with HR about the rules for new hires.  The president tweeted that Joseph Maguire will become the next Acting Director of National Intelligence.  The appointment is set to go into place August 15. The only problem is that Maguire already has a job. He’s the Director of the National Counterterrorism Center– and neither he, nor anyone else, is legally permitted to hold both positions at the same time.

So even if Maguire can serve as Acting DNI, such service disqualifies him from continuing to serve as Director of NCTC. https://t.co/0NvzItVvei

There’s even a very specific statute on the issue, and it’s about as clear as statutes ever get:

There is within the Office of the Director of National Intelligence a National Counterterrorism Center.

(b) Director of National Counterterrorism Center

(2) The Director of the National Counterterrorism Center may not simultaneously serve in any other capacity in the executive branch.

Speaking of federal statutes, there’s also one that says when an executive officer (like, for example, the Director of National Intelligence) resigns, the first assistant of that officer becomes the “acting director” to fill the vacancy. That would’ve meant that Deputy Director of National Intelligence Sue Gordon would have become became acting director upon Dan Coat‘s departure.

Among other things, this clears the way for @realDonaldTrump to name as Acting DNI _any_ current Senate-confirmed Executive Branch officer, or a range of other senior officials currently serving in the Office of the Director of National Intelligence:https://t.co/U3QpULJ4G3

In other words, the Trump administration decided that @BobbyChesney and I are correct that Gordon would’ve had to become the Acting DNI on August 15 notwithstanding the FVRA—and they couldn’t abide that result.

(This is also how Claire Grady lost her job as DHS Undersecretary.) https://t.co/EviZExHHRK

That may explain why Gordon — a figure widely respected within intelligence circles — stepped down. Judging from Gordon’s resignation letter, it doesn’t appear that the choice was entirely voluntary.

Sue Gordon left a letter for Trump with a handwritten note that made clear she was resigning because he wanted her to.

“I offer this letter as an act of respect & patriotism, not preference. You should have your team.”

Congressman John Ratliffe gets the #ETTD treatment, and it’s going to leave a mark. My latest for @thedailybeast on how Trump selected then betrayed a man completely incapable of holding the job of DNI.https://t.co/vJCvrAGU6v