The ACLU Just Sided With the NRA, and It Was Totally Correct | Law & Crime
Opinion

The ACLU Just Sided With the NRA, and It Was Totally Correct 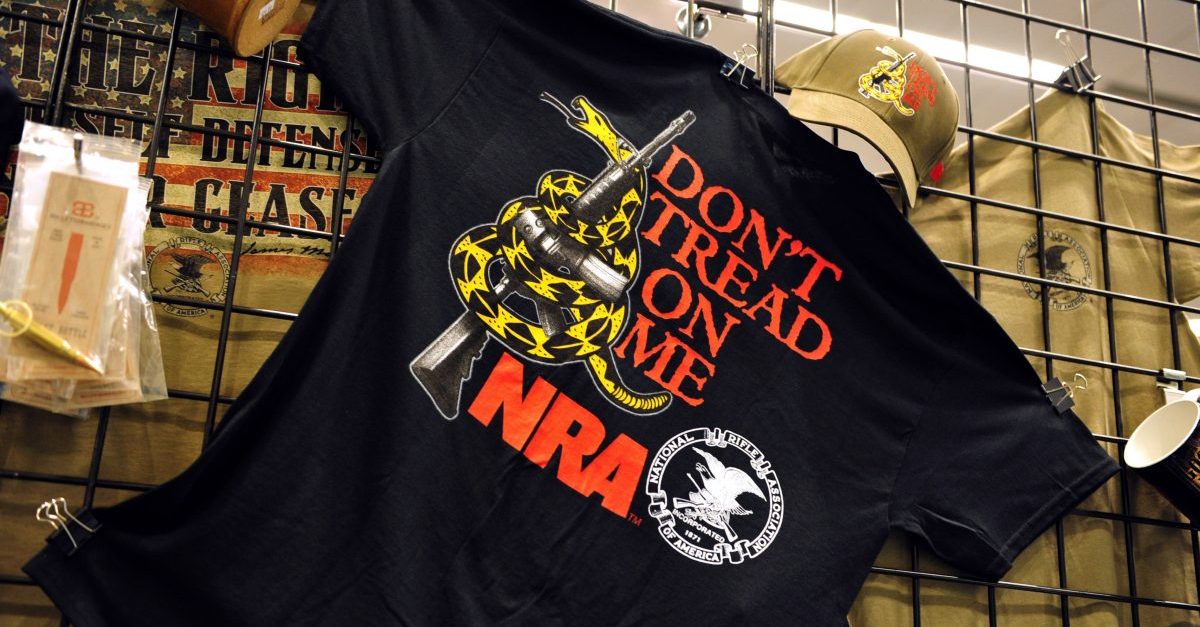 While it’s politically tantalizing for conservatives to whine about their victimization at the hands of gun-hating liberals – especially after the tragic shootings this weekend – the reality is that the ACLU just went to bat for the National Rifle Association. That’s right. The lefties over at the ACLU filed an amicus brief on Friday urging a federal court in New York to side with the NRA against Governor Andrew Cuomo‘s administration.

In the recent lawsuit, the NRA paints the picture of what it calls “Cuomo’s Political Vendetta Against the NRA.” According to the NRA, Cuomo is nothing but a “political opportunist,” with a long history of amassing “political capital by attacking the NRA.” As the NRA tells it, New York State has now gone too far; the complaint alleges that “Cuomo has sought to banish ‘the enemy’ from public discourse altogether,” and accuses Cuomo and his administration of illegally threatening banks and insurers who would otherwise be free to do business with the NRA.

The result, according to the narrative, is that this disadvantaged “advocacy group” has been prevented from fulfilling its “educational” mission, has been thwarted in its quest to provide affordable insurance services to its members, and has been pushed to the brink of financial ruin – all as a result of what the NRA calls, “the brute force of state power.”

It’s premature to opine on whether the NRA can prove that Cuomo and his people acted unlawfully — that assessment will depend on specific evidence adduced during the case. Right now, the court is simply determining whether the NRA’s claim should even go forward toward discovery; for that, the court must hold the facts in the light most favorable to the plaintiff.

If the NRA’s charges are true, the state’s actions would clearly violate the First Amendment. Public officials are, of course, free to criticize groups with which they disagree. But they cannot use their regulatory authority to penalize advocacy groups by threatening companies that do business with those groups. And here the state has admitted, in its own words, that it focused on the NRA and other groups not because of any illegal conduct, but because they engage in ‘gun promotion’ — in other words, because they advocate a lawful activity.

Knowing full well that many of its left-leaning supporters would be horrified by the ACLU’s support for the NRA in this case, it offered the following statement, warning of slippery-slopes:

The NRA ultimately may not be able to prove their allegations, or Defendants may eventually succeed in refuting them. But at the motion to dismiss stage, the NRA’s allegations are sufficient to make out a claim under the First Amendment. If the NRA’s allegations were deemed insufficient to survive the motion to dismiss, it would set a dangerous precedent for advocacy groups across the political spectrum. Public officials would have a readymade playbook for abusing their regulatory power to harm disfavored advocacy groups without triggering judicial scrutiny.

By filing an amicus brief in this case, the ACLU has done what so many individuals seem unable to do; it has put the rule of law above popular opinion, and opted to play the long game. The allegations raised by the NRA in its complaint are certainly disturbing, and at least on the surface, appear unlawful. If the context were changed such that we were discussing lawmakers in Alabama or Mississippi interfering with financial rights of Planned Parenthood or Lambda Legal, liberals would unite in outrage over abuse of government power. But because the alleged victim here is a gun rights advocate, it’s much harder for the left to sympathize.

It’s exhausting to take the high road. Leftists generally may not find the NRA to be sympathetic in its mission or in its methods. That they think the NRA doesn’t seem to deserve ACLU support is precisely the point. The Constitution affords valuable liberties to individuals and groups, regardless of the popularity of their viewpoints; commitment to content-neutrality can be a weighty load – but our laws demand that it be borne.

Today, millions of reasonable-minded Americans are bestowing posthumous hero-worship on John McCain, who has become the consummate symbol of civil discourse. In death, McCain has become a near-perfect political hero; he is championed by conservatives and liberals alike, because of both his unquestionably laudable life, but also in no small part because of his ability to work with–and even defend–those with whom he strongly disagreed. Still, it is insufficient to simply celebrate those who have lived within a sphere of logic and reason. Collectively, we must be willing to do the same, as the ACLU has done in its filing.