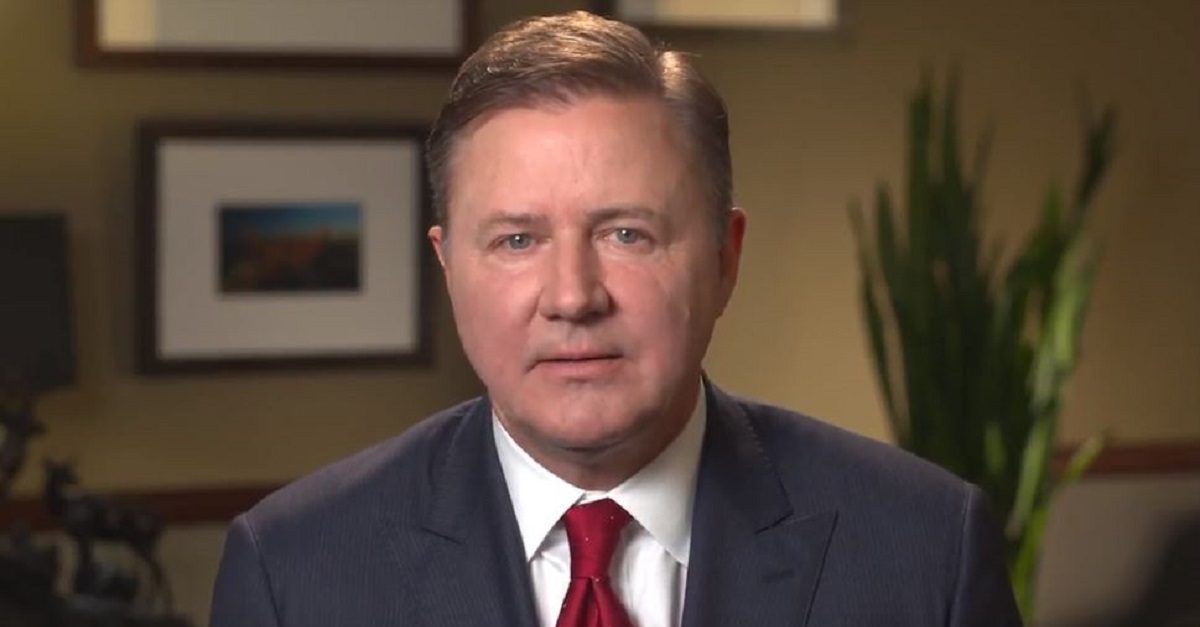 Slain University of Iowa student Mollie Tibbetts is now being featured in at least one Republican campaign ad for the 2018 midterm elections. The Tibbetts family, however, is harshly repudiating the trend toward politicizing her death.

Hunter betrayed us, backing Obama’s open border policy that was a magnet for illegals. Now, we’re suffering the consequences. Illegal aliens in our country. Some committing the most heinous crimes.

As the above lines are delivered by a narrator, a photograph of Mollie Tibbetts appears. Last week, Tibbetts’ body was discovered in an Iowa cornfield. Hours later, local authorities had a suspect in custody, identified as Cristhian Bahena Rivera, a man presumed to be an undocumented immigrant, though his defense attorney has argued otherwise. Drummond’s ad also shows an image of Rivera.

The inclusion of Tibbetts’ photo in a campaign ad demagoguing against undocumented immigrants–and politicized references to her death generally–go against the express wishes of the Tibbetts family.

No, No, no, and no. Especially for those of you who did not know her in life, you do not get to usurp Mollie and her legacy for your racist, false narrative now that she is no longer with us. We hereby reclaim our Mollie. … Mollie was killed, and a man has been arrested and charged with her murder. Yes, that man is an immigrant to this country, with uncertainty as to his legal status. But it matters not. He could have been a citizen, born in this country; he could have been an older, white man from anywhere; he could have been a man from Mollie’s world.

Murphy went on to blame “male entitlement” culture for her cousin’s death, writing, “He is a man who felt entitled to impose himself on Mollie’s life, without consequence. He is a man who, because of his sense of male entitlement, refused to allow Mollie the right to reject his advances – the right to her own autonomy. Mollie was murdered because a man denied her right to say no.”

The widely-shared Facebook post then brought it all back home by reiterating the broader point about anti-immigrant fear mongering in the wake of Tibbetts’ death. Murphy noted:

It is not your right to exacerbate this grievous act by hijacking Mollie and all she believed with your racist fear-mongering. You do not get to use her murder to inaccurately promote your “permanently separated” hyperbole. You do not have permission to callously use this tragedy to demonize an entire population for the acts of one man.

No. We reclaim our Mollie.

This isn’t the first time the Tibbetts family has expressed disdain over politically conservative exploitation of Mollie Tibbetts’s death. On August 21, Sam Lucas, another Tibbetts family cousin, got into an increasingly heated argument with Turning Point USA’s Candace Owens about such exploitation.

While no members of the Tibbetts family have responded to the specific Drummond advertisement as of yet, some Oklahoma politicians took the opportunity to do so after the Drummond campaign released the clip and ad buy.

“Yesterday I opened my mailbox and was once again disappointed to see more false campaign mail against Mike Hunter,” he wrote. “This morning the attack ads on TV were even worse.”

The current crop of political ads is about as gross as I’ve ever seen. But the one painting our Attorney General as responsible for the murder of Mollie Tibbetts should render the candidate behind it unfit for public office. Vote Tuesday, Okies, & vote for people of character.

Hunter himself responded to the advertisement, saying the commercial “indisputably and undeniably” shows that Drummond is “is unfit to serve in any kind of public office.”

Drummond dismissed the criticism without directly addressing it on Sunday, saying, “Mike Hunter has all the Oklahoma City politicians, lobbyists and special interest groups supporting him and defending him, so it shouldn’t surprise anyone.”