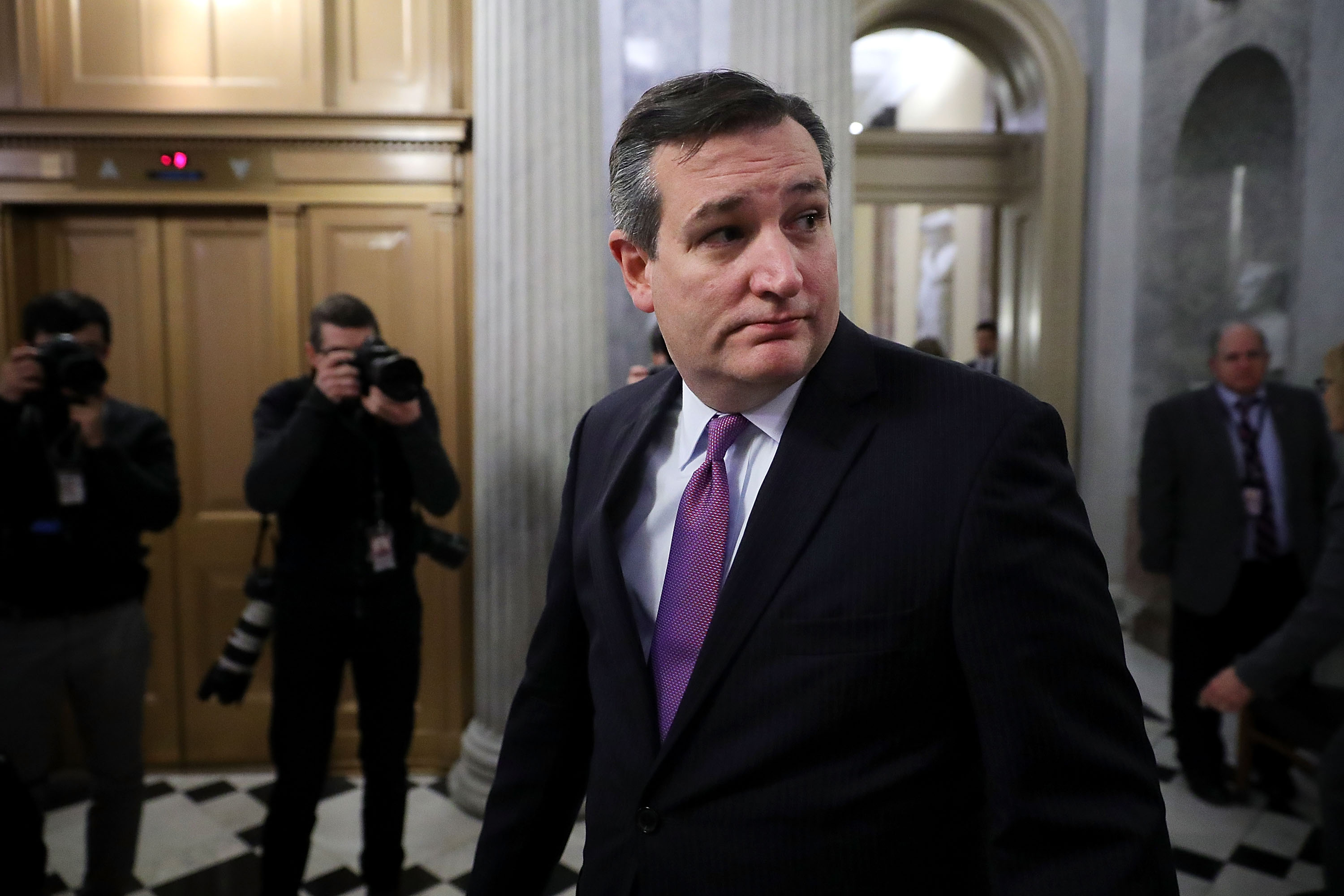 Senator Ted Cruz appears to have not been telling the full truth about his past experience with studying the presidential pardon power.

On Monday, Cruz was raked over the coals due to a somewhat-longer-than-brief pause of 18 seconds after being questioned about President Donald Trump‘s controversial theory of executive power as it relates to the presidential pardon outlined in the U.S. Constitution. (To be fair: Trump’s position isn’t exactly new and is simply the logical endpoint of the unitary executive theory promulgated and embraced by Presidents George W. Bush and Barack Obama.)

By all accounts, Cruz appeared to have ignored the ask before finally answering the question like this:

That is not a Constitutional issue I’ve studied. So, I will withhold judgment at this point.

Most of the media reaction lasered in on Cruz’s semi-delayed answer. This is understandable.

Cruz’s small, but loyal, following leapt at the opportunity to defend their Trump-whipped father figure and most of America did the sane and normal thing by laughing at Cruz’s audible faux pas. Ho-hum, but, there’s even more fun in the details.

That is, Cruz’s answer to Haley Byrd‘s question was … well, not entirely accurate.

In fact, Senator Cruz has studied the presidential pardon power at length and has written about said power in a 50-page-long law review article concerning executive overreach–which is kind of exactly the same general idea encapsulated by all of this academic debate about whether Trump can pardon himself. Cruz’s pardon power scholarship even contains multiple citations.

In 2015, Cruz penned a lengthy piece for The Harvard Journal of Law and Public Policy titled, “The Obama Administration’s Unprecedented Lawlessness.” To be clear, this is not an entire article about the presidential pardon power. Most of the piece analyzes the Obama administration’s alleged refusal to enforce federal law by comparing said presidency to previous instances of non-enforcement under presidents dating back to Abraham Lincoln.

Despite the overarching thrust of Cruz’s article, the pardon power research did occur. The senator did study the issue. And his study of the issue resulted in some opinionated writing on the subject. In the article, putatively peer-reviewed, Cruz specifically addresses the presidential pardon power and goes in depth on various points of detail. In footnote 79, the Lone Star State’s collective shame opines:

The pardon power was not seen as suspension or dispensation. Traditional understandings of the pardon portray it not as a policy instrument, but as an instrument for achieving justice or ameliorating political dissent on a case-by-case basis. As Chief Justice Marshall wrote, “A pardon is an act of grace, proceeding from the power intrusted with the execution of the laws, which exempts the individual, on whom it is bestowed, from the punishment the law inflicts for a crime he has committed.” United States v. Wilson, 32 U.S. 150, 160-61 (1833).

That, of course, is not all.

At another point, Cruz appears to directly address the issue of the presidential self-pardon. He writes, “The pardon power carries a scope specifically limited to crimes already committed. The pardon may not apply to acts that have not yet been committed, because it would function as a personal waiver, the impermissible dispensation of the laws.”

In other words, an earlier version of Ted Cruz wrote an awful lot about the presidential pardon. To do so, perforce, he must have studied this power at least a bit. And, this prior version of Cruz once wrote that a personal waiver equates to “the impermissible dispensation of the laws.” That’s still slippery lawyer speak, but considering Cruz’s central thesis, one can assume it’s bad.

Now, it seems, our current version of Ted Cruz has a different opinion. Or, to be completely fair, our current version of Ted Cruz has no opinion whatsoever. Maybe, as The New Republic‘s Jeet Heer suggests, Cruz simply forgot. Maybe, as is often the case with law review articles, Cruz just assigned some (if not most) of the actual work to an underling and simply had no idea that language ever appeared in the footnote. Maybe.

But as it stands, Cruz’s initial statement simply wasn’t true. So, what’s changed in the few years since Cruz wrote this article? Law&Crime reached out to Senator Cruz’s office several times, but no responses were forthcoming at the time of publication.