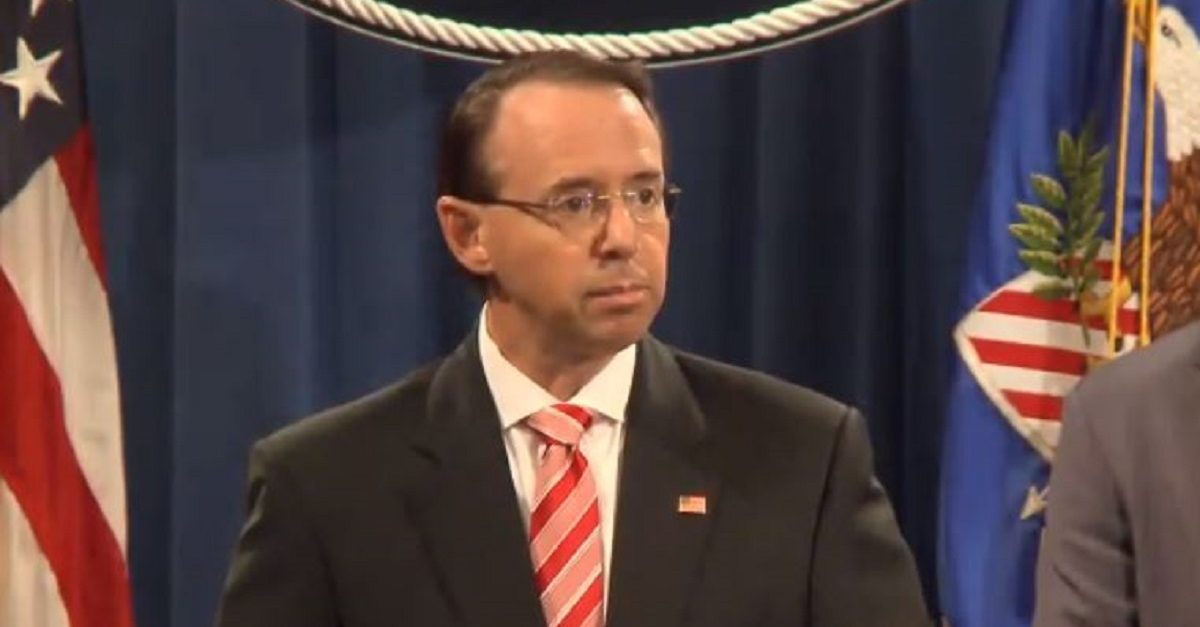 Rosenstein had a lot to say during his press conference, but what he didn’t say leaves a lot more questions yet to be answered. He gave details about what the Russians allegedly did to hack into networks and steal data, including information on 500,000 voters. When it comes to the involvement of Americans, however, he was very careful with his wording.

This would seem to be great news for the Trump campaign, because with such a detailed account of Russian hacking, there was no mention of Americans wittingly colluding with them. Still, Rosenstein gave a warning to people who might jump to conclusions.

“People who speculate about federal investigations usually do not know all of the relevant facts,” he said.

Any time Rosenstein noted that Americans were not being accused of wrongdoing, he qualified it by saying there was nothing “in this indictment” about that. That doesn’t mean that future indictments won’t include such allegations.

For example, the indictment describes messages between Guccifer 2.0 and someone connected with the Trump campaign. Even if that person didn’t know Guccifer 2.0 was a Russian intelligence officer, they could still be in trouble if they knowingly cooperated with the operation.

“On or about August 15, 2016,” the indictment says, “the Conspirators, posing as Guccifer 2.0, wrote to a person who was in regular contact with senior members of the presidential campaign of Donald. J. Trump, ‘thank u for writing back . . . do u find anyt[h]ing interesting in the docs i posted?'”

It goes on to detail other messages sent to this person. The indictment doesn’t identify the person is, but the content, timing, and description of the recipient matches a conversation Roger Stone admitted to having with Guccifer 2.0. ABC News reported Friday morning that Special Counsel Robert Mueller‘s team has been looking for information on Stone.

If Mueller has other information connecting Stone or any other American to the hacking operation another more indictments could be coming in the future. After all, the first step in accusing someone of cooperating with a criminal act is establishing what the act was, which the new indictment does.

The indictment even mentions that the Conspirators include people “known and unknown to the grand jury,” so it’s hard to say who else was involved in the alleged schemes.

While the indictment certainly gives us more information about what happened, it also shows just how much we still don’t know.