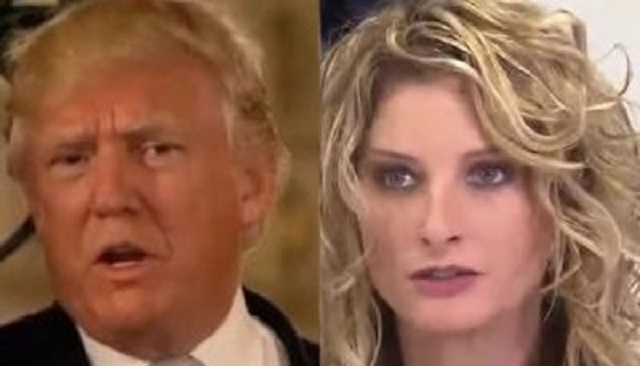 As I wrote earlier today, President Donald Trump‘s legal team said in a late-night court filing on Monday that they plan to fight the defamation case brought by former Apprentice contestant Summer Zervos on the grounds that as President, Trump is immune to such litigation while he’s in office. After reviewing the key points of the arguments on both sides of this issue, it’s highly likely that Trump’s side is right on this one.

Here’s where liberals stop reading and post comments accusing me of defending Trump’s alleged actions (I’m not), and where those on Team #MAGA stop reading and assume this means Trump will ultimately win the case when it finally is heard (it doesn’t). Nevertheless, I persist with my analysis.

Just to refresh your memory, while Trump was campaigning last year, Zervos came forward and accused Trump of sexually assaulting her in 2007. Trump said Zervos fabricated the allegations, and now Zervos is suing the President for defamation based on him accusing her of lying. She filed her complaint just days before Trump’s inauguration. Trump is now arguing that the case should be dismissed or put on hold until he is no longer in office, and Zervos’ attorneys say that there is Supreme Court precedent that says the case can and should move forward immediately.

What’s particularly interesting is that both sides are citing the same case to support their arguments — one whose background bears a striking resemblance to this one. That case, of course, is Clinton v. Jones, where Paula Jones sued President Bill Clinton for sexual harassment, based on alleged actions from before Clinton became President.

The Supreme Court said in their decision that when it comes to cases based on a President’s private actions prior to taking office, courts have discretion as to whether to allow litigation to move forward, or put it on hold until after the term of office is up. The Supreme Court recognized the burdens of the presidency, and how the President’s busy schedule is a significant factor to consider. Still, they ruled that the Jones case had to continue, deciding that Jones’ interest in having the case be resolved as swiftly as possible was more important.

It makes sense that Zervos’ legal team would rely on this case to argue that her case should continue. So why does it really mean that it probably won’t? Two reasons.

First of all, while both the Jones and Zervos cases have backgrounds involving a President engaging in sexual misconduct, only the Jones case is about the misconduct itself. Summer Zervos is suing Trump for defamation related to her sex assault allegations, but not for the assault itself. It’s highly likely that a court in its discretion will determine that a defamation case can wait a few years until Trump is no longer in office, and that’s it’s just not pressing enough to warrant disrupting the President’s schedule.

Second, there’s a key footnote in the Jones decision that Trump’s lawyers claim makes this case different from Jones. While Paula Jones brought her case in federal court, Zervos filed her case in New York Supreme Court. The fact that this case is in state court could make all the difference in whether it’s heard now or pushed off for a few years, because of the Supremacy Clause of the Constitution. In footnote 13 of the Jones decision, Justice John Paul Stephens points out that the reasoning behind his decision may not apply to state court cases, because federal law is the supreme law of the land. Because the President’s “principal responsibility [is] to ensure that those laws are ‘faithfully executed,'” a state court may not be able to exert control over him. The idea is basically that federal law trumps the states (pun intended, with apologies).

Of course, this doesn’t guarantee that Trump will win his argument, but it sure doesn’t look good for Zervos. When the very decision you’re depending on goes out of its way to say that it not only may not apply to you, but also give a reason why it shouldn’t, you’ve got a long road ahead.