Once Again, NBC Sits On Story Related to Sexual Misconduct Until After It Matters 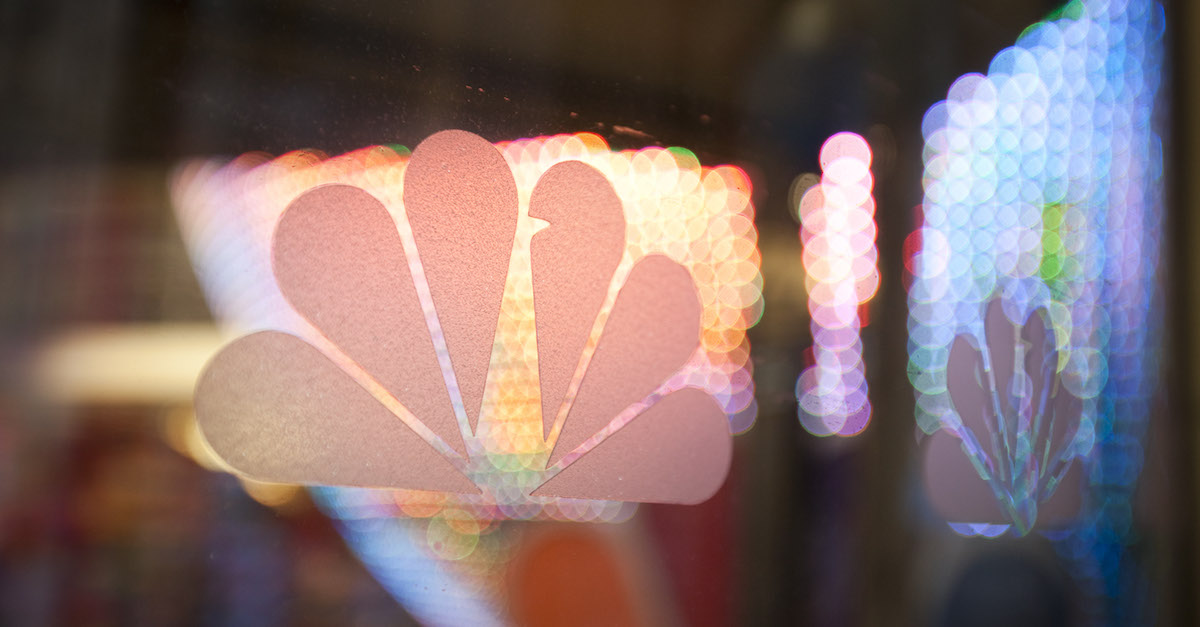 Thursday night, NBC News ran an eye-opening piece on attorney Michael Avenatti, the ubiquitous lawyer for Stormy Daniels who has managed to become part of the general political conversation these days. The relevant parts discussed inconsistencies in the stories two of his clients gave regarding the behavior of a teenage Brett Kavanaugh. One, Julie Swetnick, has already drawn much scrutiny, especially after her televised NBC News interview that differed from her signed declaration. The other, however, had been largely overlooked: an unidentified person who also alleged that Kavanaugh engaged in “inappropriate conduct.” Now NBC has shed light on this person’s story, despite having the information since before Kavanaugh was even confirmed.

This statement backed up some of Swetnick’s allegations by claiming that Kavanaugh would spike the punch at parties, that he was ““overly aggressive and verbally abusive toward girls,” and engaged in “inappropriate physical contact with girls of a sexual nature.” As it turns out, NBC News spoke to this woman on the phone before and after Avenatti released the statement, and texted with her afterwards as well, and she made a number of statements to them that contradicted this.

From the NBC article:

Referring to Kavanaugh spiking the punch, ‘I didn’t ever think it was Brett,” the woman said to reporters in a phone interview arranged by Avenatti on Sept. 30.

When asked in the phone interview if she ever witnessed Kavanaugh act inappropriately towards girls, the woman replied, “no.”

So why would she sign a declaration that said this if it wasn’t true? In a phone conversation with NBC News on October 3, she said she only “skimmed” it. In a text on October 4, she said, “It is incorrect that I saw Brett spike the punch. I didn’t see anyone spike the punch…I was very clear with Michael Avenatti from day one.”

NBC then followed up with Avenatti, who insisted that everything in the declaration was true, and the woman then told NBC, “Please understand that everything in the declaration is true and you should not contact me anymore regarding this issue.” After sending this message, however, she reportedly told them again that she never saw Kavanaugh spike any punch, and that “I will definitely talk to you again and no longer Avenatti. I do not like that he twisted my words.”

That last text was sent on October 5. Kavanaugh wasn’t confirmed until a very close vote on October 6. NBC News published the story on October 25.

This, of course, draws suspicion because if NBC had information that showed that allegations against Brett Kavanaugh may not be accurate, that would be pretty important. While the Senate Judiciary Committee hearing and subsequent FBI investigation only focused on allegations made by Dr. Christine Blasey Ford and Deborah Ramirez, their accounts were bolstered by the fact that they weren’t the only ones being made, even if the others drew criticism.

If I had a bombshell story in my pocket at the time it was most relevant, I wouldn’t wait until weeks after the moment passed. I asked NBC News why they waited on this story, but they haven’t responded, so I don’t know for sure, but it certainly comes off as them not wanting to risk hurting the Democrats’ attempt to keep Kavanaugh off the Supreme Court. Now that it doesn’t matter, and attacks on Avenatti are becoming a bipartisan trend (perhaps because Democrats worry he could do to them what President Donald Trump did to Republicans), NBC ran the story. Likewise, Time also just ran a detailed profile on Avenatti containing mostly old news, and one regrettable quote from June that’s been taken out of context to vilify him further.

What makes the NBC story more troubling, however, is that it’s not the first time the network has done something like this. In 1999 it seemed like they played a similar game. Back then, however, it was a story involving credible allegations against a Democrat instead of dubious ones against a conservative. In January of that year, they conducted an interview with Juanita Broaddrick, who alleges that President Bill Clinton raped her in 1978. At the time, Clinton had already been impeached, and was in the middle of a Senate trial facing possible removal.

Clinton was acquitted on February 12. The Broaddrick interview didn’t air until February 24.

The timing of this is even more staggering considering what is happening today. NBC executives are reportedly meeting with an attorney for Megyn Kelly to discuss her departure from the network after she made some ignorant remarks about blackface on the air. Her lawyer reportedly wants journalist Ronan Farrow there. Farrow notably left NBC after the network declined to run his bombshell report on sexual misconduct allegations against Harvey Weinstein. Kelly had questioned the network’s handling of that situation, and it’s been rumored that they’ve been upset with her ever since, using her recent comments as an excuse to get rid of her.

Now, the Megyn Kelly thing is just speculation at this point. The truth remains that she said something stupid and is being punished for it, even if NBC’s response is pretty extreme. Still, this makes three times that the network has been reluctant to run important, high-profile reports related to sexual misconduct.

And don’t even get me started on Matt Lauer.

Update – 10/27/18: One of the report’s authors, Kate Snow, posted a series of tweets on Saturday explaining the timing of the article’s publication. She claimed that by the time NBC had all of their information, Kavanaugh had secured enough votes to be confirmed (although the vote hadn’t taken place yet), so the story no longer mattered. Now that Senate Judiciary Committee Chairman Charles Grassley has referred Avenatti and Swetnick for a criminal investigation, they felt it was newsworthy again.

When Senator Grassley cited my interview with Swetnick this week when making a criminal referral, the second woman’s story became newsworthy again, so we published right away. 7/8

To be clear, at the time NBC had their last contact with the woman, it did seem like Kavanaugh had his confirmation locked up. That was not necessarily the case when NBC first learned that the sworn declaration was inconsistent with what she told them.