No, Michelle Carter Didn’t Actually Kill Conrad Roy III, But the Court Was Right to Uphold Her Sentence 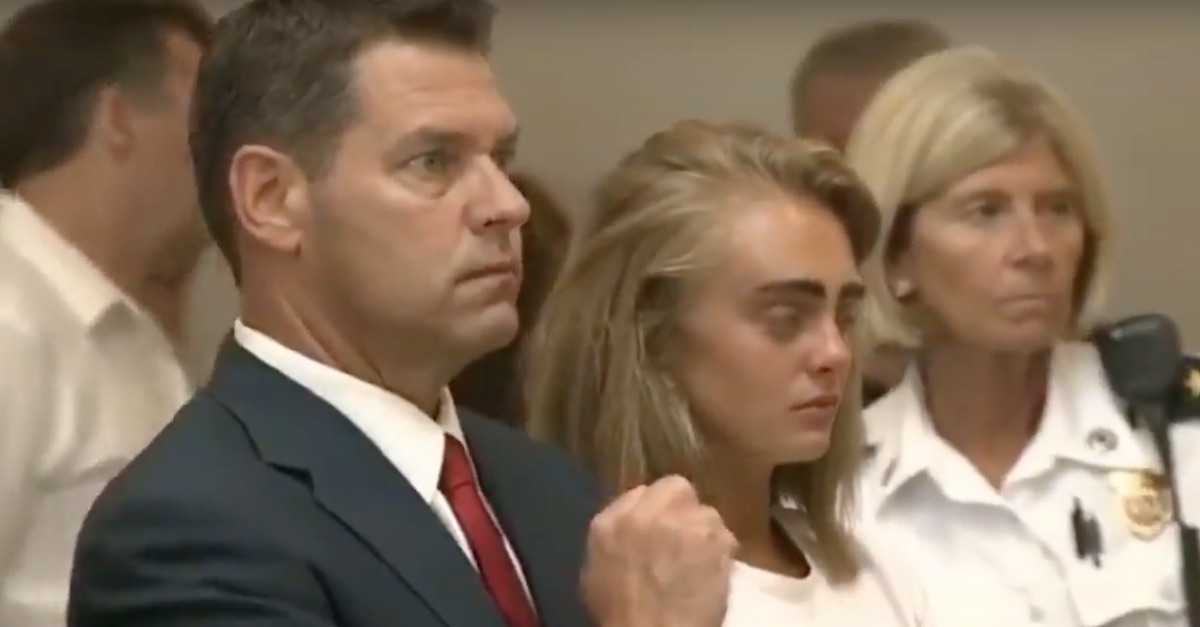 In 2017, Michelle Carter was found guilty of involuntary manslaughter and sentenced to two-and-a-half years in prison for a crime she didn’t commit. On Wednesday, the Massachusetts Supreme Judicial Court upheld the decision on appeal. While I was hoping the high court would rule the other way, precedent shows it was the right call. Let me explain.

Carter, as you may recall, was convicted based on a series of morally reprehensible text messages that she sent to her boyfriend, 18-year-old Conrad Roy III, in which she encouraged him to commit suicide when he was hesitant to do so. She was 17 at the time. Roy had been grappling with the idea of killing himself for some time, and Carter supported the idea. When the time came, Roy sat in a vehicle that was set up so the carbon monoxide fumes would kill him. He texted Carter, saying he was freaking out about it and got out of the car. She responded by telling him to get back in and do it.

It’s pretty awful stuff, to be sure, and I’m not sad that Carter is being punished, but the involuntary manslaughter charge always bothered me. Mainly because 1) she didn’t kill him, and 2) even if she did, there was nothing involuntary about it. Carter wasn’t the one who first gave Roy the idea of killing himself. He was already thinking about it for quite some time. Also, of course, he was the one who ultimately took his own life.

That being said, while the facts of the case can lead to disagreement, there’s enough legal precedent to support the lower court judge’s decision.

In Massachusetts, involuntary manslaughter is a common law crime, meaning that while there’s no statute that defines it, case law has established that it means “wanton and reckless conduct” that causes someone’s death. Model jury instructions define this as “conduct involving a grave risk of harm to another that a person undertakes with indifference to or disregard of the consequences of such conduct.”

It’s a weird definition for “involuntary,” given that “wanton or reckless” is not the same as unintentional. The jury instructions basically say that intentional conduct that recklessly causes death is somehow involuntary. That leads to the question of what voluntary manslaughter must be? Model instructions for that refer to when a defendant actually caused an injury. Since Carter in no way did that, the involuntary charge does seem more appropriate than the voluntary one, as weird as it may seem. After all, she did engage in a course of conduct that contributed to Roy’s death.

There was also a 1961 case that is pretty on point here. In Persampieri v. Commonwealth, a defendant was found guilty of involuntary manslaughter for telling his wife she was “chicken” while daring her to commit suicide. While Persampieri’s case was worse because he actually handed her the gun and gave her guidance when she was having trouble firing it, it’s enough of a parallel for the Supreme Judicial Court to cite it in upholding Carter’s conviction and sentence.

Remember, the purpose of an appeal is not to relitigate the facts of a case, but to evaluate the decision based on whether or not it could be justified under the law. I’m not particularly thrilled with it, but based on the above, the high court got it right.