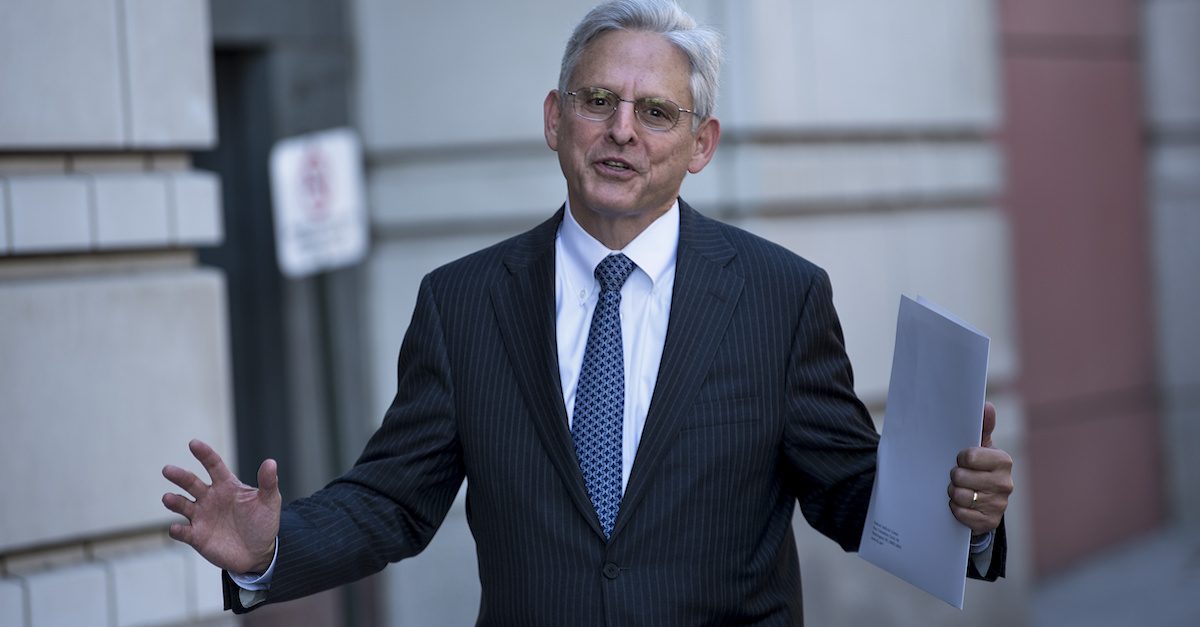 Following the Monday ruling by a U.S. District judge that President Donald Trump’s accounting firm Mazars USA must turn over his financial records to Congress, Trump’s legal team immediately appealed the decision to the District of Columbia Circuit Court of Appeals for review. The Chief Judge of the D.C. Circuit Court is, of course, Merrick Garland, the man once nominated to the Supreme Court by President Barack Obama in 2016 — only to be denied a vote by Senate Republicans, most of whom refused to even meet with Garland.

News that Garland’s D.C. Circuit would be presiding over Trump’s appeal inevitably sparked headlines across countless headlines appearing to bill Trump’s appeal to “Garland’s Court,” as some kind of legal showdown, pitting the snubbed former Supreme Court nominee against the president who chose two justices in his place.

However, the truth of the matter is far less compelling than the headlines suggest.

First, while it is technically correct to refer to the D.C. Circuit as “Garland’s court,” it is a bit of a misnomer under these circumstances. Garland is one of 17 judges – 11 active judges and six senior judges who generally take fewer cases than active judges — comprising the D.C. Circuit Court. The initial appeal will be randomly assigned to a three-judge panel (although the degree of randomness in the composition of circuit judge panels is up for debate and has been thoroughly examined in a study by Adam Chilton and Mark Levy, for those interested).

Roughly accounting for the lesser usage rate of the senior judges, I would put the odds of Garland being one of the three judges assigned to Trump’s panel at approximately 20 percent. If Trump’s legal team were request the en banc court to reconsider the decision, the panel would consist of all active non-recused judges. This means Garland would only be one of 11 judges deciding on the case (plus any senior judges who may have comprised the original three-judge panel). BuzzFeed legal reporter Zoe Tillman composed a very helpful Twitter thread explaining the misconception.

The reality of Garland’s nebulous connection to Trump’s case is recognized by Professor Stephen Vladeck of University of Texas School of Law, who noted that “the odds that this case goes to a panel including Garland specifically, are…modest.” When pressed to clarify what he meant by “modest,” Vladeck responded that the odds were “meaningfully lower than [30-percent], because some of the senior judges hear almost as many cases as the active judges, but their docket participation rates aren’t public.”

“My back-of-the-envelope math got me to somewhere between 15 and 20%,” he concluded.

Most importantly, even if the odds were defied and Garland were to hear Trump’s appeal, it’s critical to understand that Merrick Garland is one of the most highly respected judges in America. The odds that his decision would be affected by the media storm surrounding Trump’s appeal are exactly zero.