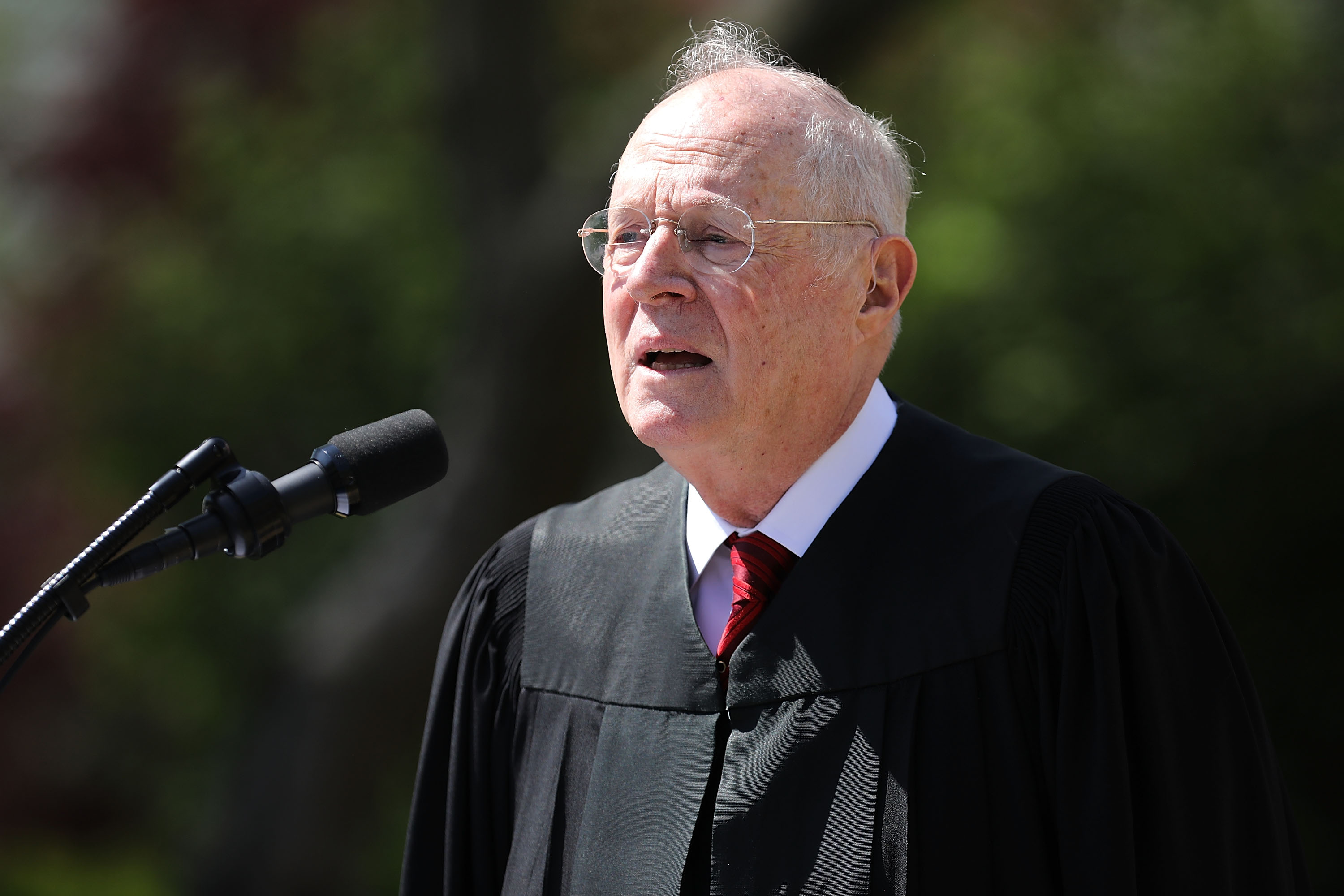 The concurrence itself is brief and begins with Kennedy clearly siding in favor of the conservative majority on the case. Surprising maybe himself mostly, Kennedy begins, “I join the Court’s opinion in full.” That’s really all he needed to say and could have done so by simply doing that.

Instead, the loquacious, self-assumed and admittedly sometimes-defender of the downtrodden felt motivated to opine a bit more–because of course he did. Kennedy is, in fact, occasionally one of the court’s greatest defenders of minority rights and will likely be remembered largely as the author of some of the most important decisions cementing LGBTQ rights in the country. He’s quite proud of this fact and probably should be.

But if there’s an opportunity for a self-satisfied diatribe on the great promise of America embedded within a decision that upends long-held American principles of justice, fairness and religious freedom, you better bet Kennedy will take the opportunity to expand the legalistic geography of his own personal lecture circuit. After siding with a ban originally promised to nativistic MAGA voters as a way to stop all Muslims from entering the United States of America, Kennedy gets a little sentimental for something he can’t quite bring himself to name.

Justice Kennedy waxes philosophic by bizarrely suggesting the majority opinion and dissent are essentially on the same page when it comes to judicial review of policies motivated by religious persecution. They definitely aren’t. But still he writes:

There may be some common ground between the opinions in this case, in that the Court does acknowledge that in some instances, governmental action may be subject to judicial review to determine whether or not it is “inexplicable by anything but animus,” which in this case would be animosity to a religion.

The divide between the majority opinion and two-tiered dissents is quite wide, to put it lightly. Kennedy’s hope here–for what appears to be some form of Supreme Court Kumbaya under unmentioned circumstances–is noted. Suffice to say, this hope is in no way congruent with what the court decided in Hawaii v. Trump. But whatever. Let’s get to those pot-shots.

In paragraph three of the concurrence, Kennedy observes a world that doesn’t exist. He writes:

There are numerous instances in which the statements and actions of Government officials are not subject to judicial scrutiny or intervention. That does not mean those officials are free to disregard the Constitution and the rights it proclaims and protects.

Well, now. Strong-sounding words. Almost redolent of dedication to some sort of principle. Except that Justice Kennedy just voted to sanction official disregard of “the Constitution and the rights it proclaims and protects.” There’s no squaring this empty rhetoric with a decision that essentially follows the authoritarian logic of Korematsu, but Kennedy does his best impersonation of caring about Muslims here. Then, for some reason, he goes on:

The oath that all officials take to adhere to the Constitution is not confined to those spheres in which the Judiciary can correct or even comment upon what those officials say or do. Indeed, the very fact that an official may have broad discretion, discretion free from judicial scrutiny, makes it all the more imperative for him or her to adhere to the Constitution and to its meaning and its promise.

Here we have an elderly judge essentially imploring our elderly president to be nicer and act Constitutional when enacting policies explicitly targeting persecuted minorities. To quote Justice Sonia Sotomayor from the court’s decision in Abbott v. Perez, what does that even mean?

Kennedy is essentially suggesting that President Trump says and does unconstitutional things. Saying and doing unconstitutional things is, apparently, very bad. But not bad enough for Kennedy to exercise his own power and authority by refusing to play along. Or maybe he doesn’t mean that at all. Maybe Kennedy is just peacocking for the history books because he’s confused to a point but not confused enough to realize he needs to pretend to care about Trump’s anti-Muslim demagoguery.

Kennedy also writes, “The First Amendment prohibits the establishment of religion and promises the free exercise of religion. From these safeguards, and from the guarantee of freedom of speech, it follows there is freedom of belief and expression.” This is meaningless pablum because Kennedy sided with a majority opinion that severely curtails First Amendment guarantees.

Again, the dissent correctly notes that administration attorneys only succeeded in providing legalistic gloss to an executive order flatly premised on religious persecution and anti-Muslim prejudice, bigotry, animus–whatever one wants to call it. Kennedy allowed himself to be snookered in by those arguments–placating bigotry–in the name of national security just like the Korematsu court. And just like that court’s empty paeans to American liberty, Kennedy’s will ultimately ring hollow.

His half digs continue:

It is an urgent necessity that officials adhere to these constitutional guarantees and mandates in all their actions, even in the sphere of foreign affairs. An anxious world must know that our Government remains committed always to the liberties the Constitution seeks to preserve and protect, so that freedom extends outward, and lasts.

Adhering to constitutional guarantees and mandates is more than urgent–it’s the law of the land. In his self-serving concurrence on Tuesday, Kennedy voted to neuter that law. In no uncertain terms, Kennedy’s vote waters down the American promise and slashes constitutional safeguards. In so doing, he feeds into a vicious cycle of further constitutional and norm erosion.

An anxious world can rest assured that Justice Kennedy’s lip service to the Constitution and feeble, veiled calls for presidential decency are a stain upon his legacy unsuccessful attempt to mitigate the damage this opinion has unleashed.