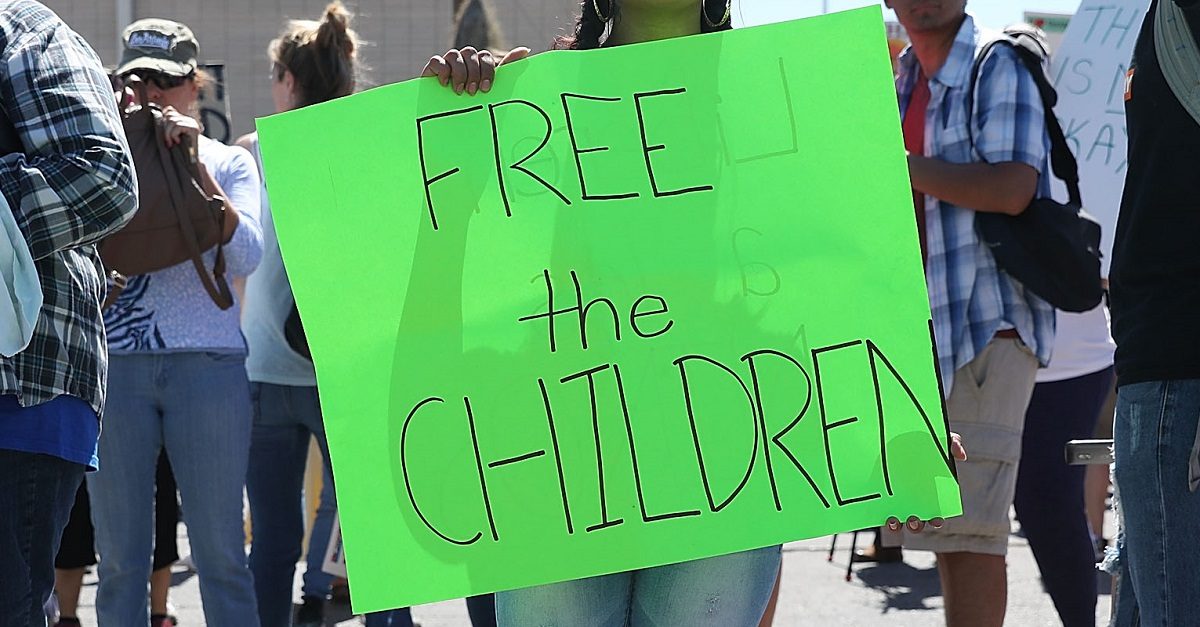 A major problem facing the Trump administration these days is a lack of resources to address the volume of people crossing the border into the United States. It’s why their zero tolerance policy for prosecuting people accused of entering illegally resulted in so many detained children that they had to use a former Walmart to house them in one locale, and why the White House admits that their solution of detaining families together won’t be feasible for long.

As it turns out, a large volume of immigrant children flooding the legal system isn’t exactly a new problem. It also isn’t new for a government officials to have a questionable response. In immigration courts, unlike criminal courts, defendants don’t have a right to an attorney, even though they can have one if they have the opportunity. Back in 2014, the ACLU sued the Obama DOJ because young children facing deportation were brought in front of judges without any legal representation. They wanted the government to provide defense attorneys for kids, who in some cases weren’t even 5 years old.

The government’s answer for this problem was that it wasn’t a problem at all. The DOJ said that that providing attorneys would cause “potentially enormous taxpayer expense,” and a witness for the government said the intricacies of immigration law could be broken down to a degree that they could understand what was going on without a lawyer.

During a 2015 deposition in the case, immigration judge Jack H. Weil said he could teach immigration law to 3- and 4-year-olds, and had done so in the past.

“I’ve taught immigration law literally to 3-year-olds and 4-year-olds,” Weil said, as the Washington Post reported at the time. “It takes a lot of time. It takes a lot of patience. They get it. It’s not the most efficient, but it can be done.”

Weil was, and still is, an Assistant Chief Immigration Judge. The Office of the Chief Immigration Judge is part of the Justice Department’s Executive Office for Immigration Review (EOIR), which sets policies for immigration courts. Weil was called to defend the idea that the government doesn’t have to pay for lawyers to represent children who can’t afford their own lawyers, because they can manage on their own, as long as a judge explains things to them.

Judge Weil, who is also in charge of training other immigration judges, told the Post that his words were “taken out of context,” and did not “present an accurate assessment of my views on this topic,” but he reportedly said it more than once.

“I’ve told you I have trained 3-year-olds and 4-year-olds in immigration law,” he reported said at another point in the deposition. “You can do a fair hearing. It’s going to take you a lot of time.”

A spokesperson for the EOIR, however, distanced the agency from Weil’s statements, saying, “At no time has the Department indicated that 3 and 4 year olds are capable of representing themselves. Jack Weil was speaking in a personal capacity and his statements, therefore, do not necessarily represent the views of EOIR or the Department of Justice.”