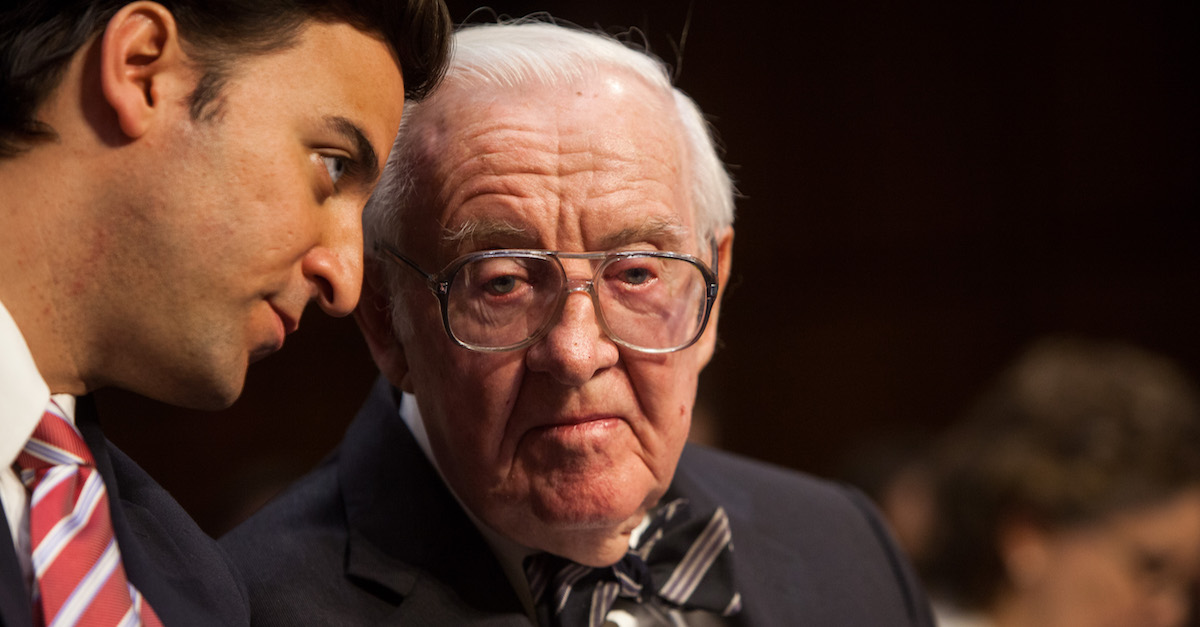 What have up to now been called “common sense” gun control efforts just got a lot more difficult because The New York Times published an op-ed by 97-year-old retired Supreme Court Justice John Paul Stevens calling for the repeal of the Second Amendment.

Although the repeal of a constitutional amendment is not without precedent — see what the Twenty-first Amendment is for — the Stevens op-ed comes at a time when students at Marjory Stoneman Douglas High School have been trying to convince the gun rights advocates to give an inch on the subject of gun control.

Believe it or not, Stevens, and The New York Times, just made the climate of debate over guns even worse than it already is. The op-ed confirms in a straightforward way what many people already believe gun control is about: gun control and gun grabbing. Or, put another way, stripping people of rights guaranteed by being an American.

Stevens began his op-ed by praising Parkland, Florida students for political activism after the massacre at their school.

“Rarely in my lifetime have I seen the type of civic engagement schoolchildren and their supporters demonstrated in Washington and other major cities throughout the country this past Saturday,” he wrote. “These demonstrations demand our respect. They reveal the broad public support for legislation to minimize the risk of mass killings of schoolchildren and others in our society.”

“That support is a clear sign to lawmakers to enact legislation prohibiting civilian ownership of semiautomatic weapons, increasing the minimum age to buy a gun from 18 to 21 years old, and establishing more comprehensive background checks on all purchasers of firearms,” he continued.

All right, not anything that hasn’t been said yet.

“But the demonstrators should seek more effective and more lasting reform. They should demand a repeal of the Second Amendment,” he ended his second paragraph.

Stevens went from merely stating the expressed positions of the Parkland teens and praising them to using his authority as a former Supreme Court justice to tell the students what they should believe and should do, regardless of the cost this might have to their movement.

One of Never Again campaigners, Cameron Kasky, made sure to distance himself Stevens’ proposal — “Not what we’re going for here” — while also deferring to his authority.

“I don’t feel the same way, but it’s an interesting point of view,” he tweeted. “Very interesting considering who wrote it.”

https://t.co/JcFNFTA6VD Not what we’re going for here, but very interesting considering who wrote it. Feel free to give it a read. I don’t feel the same way, but it’s an interesting point of view.

Kasky followed up the tweet by saying that he thinks “responsible ownership of a small weapon is not something that should be revoked.”

“It should be much more difficult to get a gun than a car and there should be frequent psychological checkups, but some weapons can protect a home. Assault weapons are not those,” he said.

And I mean it. I think responsible ownership of a small weapon is not something that should be revoked. It should be much more difficult to get a gun than a car and there should be frequent psychological checkups, but some weapons can protect a home. Assault weapons are not those

Stevens’ argument has not and will not help Kasky’s cause.

Opinion makers and blue checkmarks from both sides of the aisle on Twitter reveal that a great number of people are either thankful gun control advocates are finally being “honest” about what they really want or unhappy that “common sense” legislation became more difficult.

Liberals: we don’t want to take your guns away

Also liberals: check out this awesome editorial in The NY Times called “time to repeal the second amendment”

The truth finally comes out.

It's not about common sense gun laws, it's about repealing the Second Amendment.https://t.co/UzaTl76BDW

His heart's in the right place, his mind isn't.

I admire Justice Stevens but his supposedly “simple but dramatic” step of repealing the 2d Am is AWFUL advice. The obstacle to strong gun laws is political, not legal. Urging a politically impossible effort just strengthens opponents of achievable reform.https://t.co/7VzMGXCYeV

No one wants to take your guns away, you crazy bastards! https://t.co/uuP3yOJkUo

The solution isn't to Repeal the Second Amendment. The Second Amendment doesn't need to be touched in order to ban assault weapons, raise age limits, and implement universal background checks. Keep 2A but make laws that fall within it's parameters!

We cannot, should not, and will never repeal the Second Amendment. The only Amendment that was ever repealed was the 18th which prohibited alcohol. Amendments serve to expand our rights—not limit them. We can have commonsense gun control while still defending our Constitution.