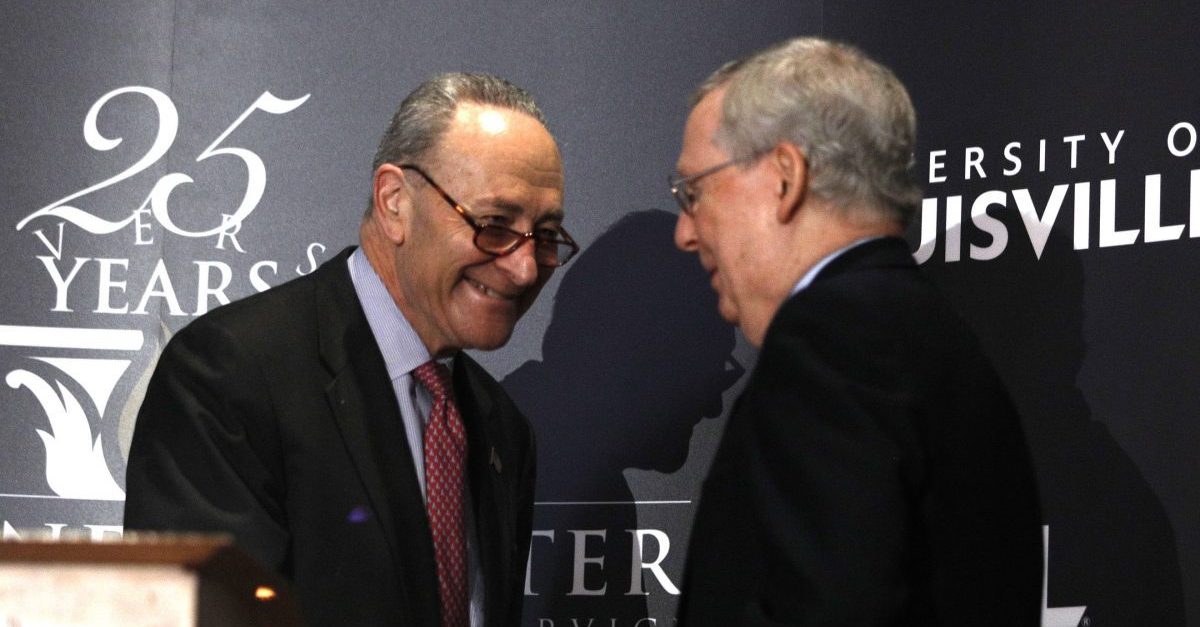 The political climate in Washington these days feels like it’s at an all-time low. Democrats opposed a Supreme Court nominee before a name was even announced, and Republicans went for the jugular during Peter Strzok‘s testimony, which turned the Senate Judiciary Committee into an all-out Battle Royale. As they say though, it’s always darkest before the dawn, and on Thursday, the  Senate–Democrats and Republicans–came together in a unanimous agreement on a resolution against Russia questioning Americans.

Wait, it was non-binding? And the White House already said they turned down Russia’s request?

The resolution was first brought up after Russian president Vladimir Putin proposed that Russia cooperate with the investigation of interference with the 2016 presidential election, in exchange for the United States turning over U.S. officials, including former Ambassador Michael McFaul.

D.C. nearly exploded with outrage when President Donald Trump said he would take Putin’s request under consideration, but then the White House said that Trump was refusing the offer.

“It is a proposal that was made in sincerity by President Putin, but President Trump disagrees with it,” White House Press Secretary Sarah Huckabee Sanders said, adding she hoped Putin would still send over the 12 Russians accused of hacking Democratic organizations and the Hillary Clinton campaign.

The Senate’s vote on the resolution came after this statement, so Senate Minority Leader Chuck Schumer (D-New York) pretended it still meant something by calling for a refusal directly from Trump’s mouth, and not a spokesperson. Republicans went along with the charade, coming together for a principled, non-partisan stance against something that they already knew wasn’t happening.

Afterwards, the Senate went back to bickering over Obamacare.