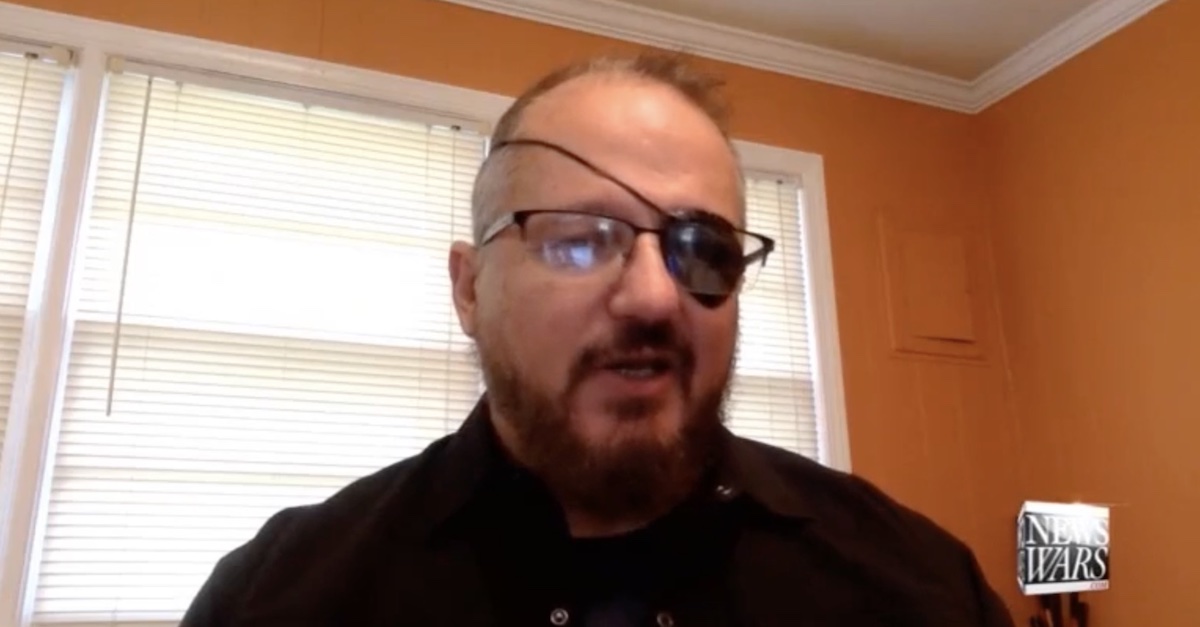 Attorneys for defendants in the seditious conspiracy trial of five Oath Keepers members tried to undermine the credibility of a witness providing valuable evidence to the prosecution, exposing him as a convicted felon seeking to avoid having to register as a sex offender.

Abdullah Rasheed, of West Virginia, said Thursday that he joined the Oath Keepers about three years ago after encountering them online. He told Assistant U.S. Attorney Kathryn Rakoczy that he liked what they stood for: “Maintaining our constitutional values and freedoms, and helping family, and helping everybody.”

Five members of the Oath Keepers — Kelly Meggs, Kenneth Harrelson, Jessica Watkins, Thomas Caldwell, and founder Stewart Rhodes — are currently on trial in connection with the Jan. 6 attack on the U.S. Capitol, when Donald Trump supporters swarmed the building as lawmakers started to certify Joe Biden’s electoral win. Rhodes and his co-defendants are charged with seditious conspiracy; prosecutors say they plotted to violently block the peaceful transfer of power from Trump to Biden, and were prepared to do so with the aid of a “Quick Reaction Force” that was prepared to ferry weapons across the Potomac River, if necessary.

Rasheed — who spoke softly and was told, at times, to speak louder and more clearly — said he participated in Oath Keepers conference calls around the time of the 2020 election, including the Nov. 9, 2020, GoToMeeting call that has become a highlight of the prosecution’s case. The surreptitiously recorded call supports the government’s theory that Rhodes started hatching the plan earlier in the days following the 2020 presidential election.

According to Assistant U.S. Attorney Jeffrey Nestler‘s opening statements, an Oath Keepers member was so troubled by Rhodes’ rhetoric that he was moved to secretly record that Nov. 9 call and provide that recording to authorities.

That member, jurors learned on Thursday, was Rasheed.

He said he wasn’t expecting much when he first joined the call.

“I felt I was expecting to hear, yeah, Biden bad, Trump good, that’s OK, I agree or don’t agree, doesn’t matter,” he said. “Things like that. But the more I listened to the call, it sounded like we were going to war against the United States government.”

According to Rasheed, that’s not how it went.

“We’re going to take over the White House,” Rasheed said, paraphrasing what he heard on the call, which was attended by hundreds of Oath Keepers members. “If you bring guns it’s okay, kick Antifa’s butt, take lead pipes with flagpoles to them.”

“It sounded horrible,” he added.

Finding the rhetoric “scary,” Rasheed said he started recording about 15 minutes in to the call, which lasted more than two hours. He told Rakoczy that he tried to reach out to law enforcement at the time, but didn’t get a response. He tried again after Jan. 6, but wasn’t contacted until spring of 2021.

After Rasheed acknowledged that he told the FBI that he was the head of the West Virginia Oath Keepers chapter, Bright asked the witness if other active members of the group in West Virginia would agree.

“I have no idea,” Rasheed said. “I was just told I was the leader.”

Bright, apparently building up to a big reveal, asked Rasheed if, as a member of the Oath Keepers, it’s “incumbent” upon him to follow the organization’s oath. Rasheed affirmed that it is.

“Do you know their oath?” Bright asked.

“Are you familiar with their bylaws since you, per your description, [are] the president of the West Virginia Oath Keepers?”

“Are you familiar with their bylaws, their rules?” Bright asked.

“Are you aware, then, you’re not eligible to be a member of the Oath Keepers?” Bright asks, apparently getting closer to delivering what he believes will be a fatal blow. “Are you aware of that, sir?”

“Are you aware of your history, sir?” Bright asked.

Bright then asked Rasheed to read from the Oath Keepers bylaws — specifically the section that prohibits membership for convicted felons who have not had their rights restored.

“Would you agree with me that based on the section regarding felonies that you are not even eligible to be an Oath Keeper?” Bright asked.

“So, I don’t have civil rights?” Rasheed retorted, later saying that his civil rights have been restored, so he does meet the qualifications for membership.

Bright, without going into detail of Rasheed’s felony conviction, then pivoted to the fact that he has gone by several names since 2007.

“Mr. Rasheed, how many names have you gone by in the last 3 years?” Bright asked.

Bright had a different number.

“Would six be agreeable?” the lawyer asked, adding: “Why have you changed your name six times in the past 20 years?”

“I don’t know that I have, but you’re saying so,” Rasheed replied. He later said that he probably had “30 to 40” names, including his various online personas.

Bright didn’t push Rasheed any further on the convictions or his various identities, but Watkins attorney Jonathan Crisp did when it came his time to cross-examine the witness.

“Your prior conviction is for aggravated sexual assault of a child, correct?” asked Crisp.

Crisp tried to get Rasheed to confirm that after helping the government’s investigation, he requested a new name and a new identity, asking Rasheed specifically if this would mean he wouldn’t have to register as a sex offender.

Rasheed said he believed he would have to register no matter what his name was.

On redirect, Rakoczy attempted to mitigate any damage that Bright and Crisp may have caused, framing his request for a new name as an effort to protect his family from angry Oath Keepers members, and not to avoid registering as a sex offender.

“Why did you ask for that help?” she asked Rasheed.

“Because even now, I’m reading the Oath Keepers chats, saying … snitches get stitches, we’re gonna hunt them,” he said, paraphrasing what he as read online. “I don’t want my wife to have stitches, you know?”

After Rasheed’s testimony was finished, Mehta instructed the jury that they may only consider his conviction insofar as it affects his credibility, and nothing more.