Purdue University Student Allegedly Murdered His Roommate in Dorm Hall, Said ‘I Love My Family’ When Hauled Off to Jail 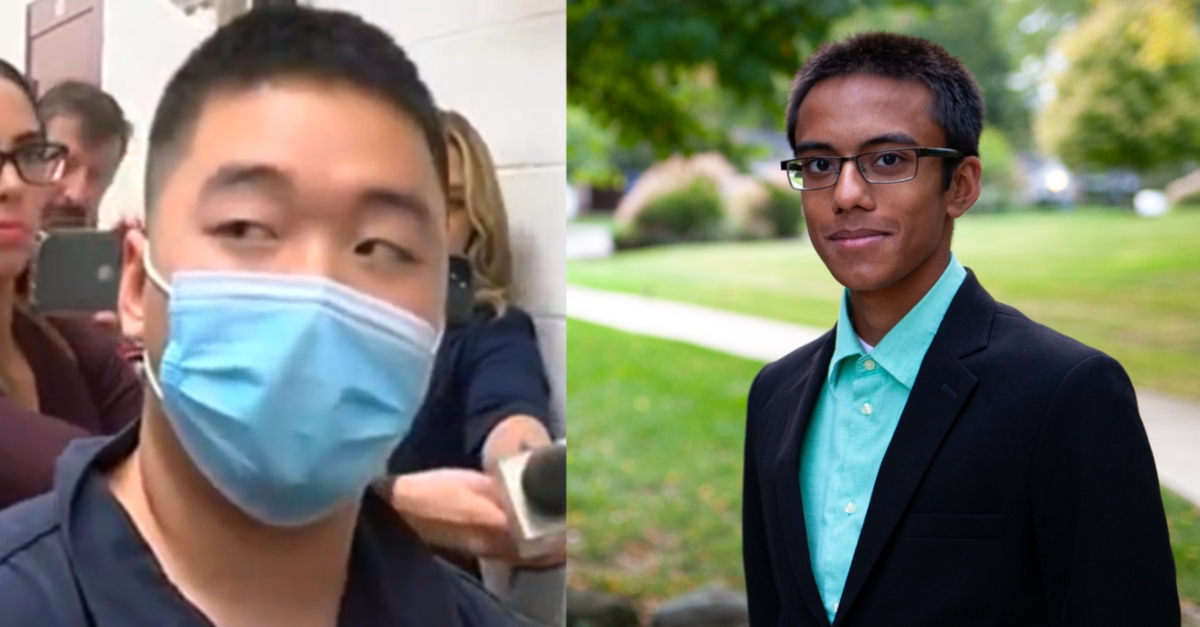 A college student who allegedly murdered a roommate and then called police on himself said he loved his family as he was brought to jail.

The Tippecanoe County Coroner’s Office said victim Varun Manish Chheda, 20, died of a homicide from “multiple sharp force traumatic injuries,” according WLFI. The alleged motive for this slaying is unclear. As police escorted suspect Ji Min Sha, 22, in handcuffed to the local jail, he told reporters, “I love my family.”

Ji Min “Jimmy” Sha was just brought into Tippecanoe County Jail. He’s the suspect in the murder of his roommate Varun Chheda in their dorm at Purdue. I asked him if he had anything to say and he said “I love my family.” @FOX59 @CBS4Indy pic.twitter.com/EDNcQX73Mh

Chheda, a junior at Purdue University, was a data science student.

“He was unbelievably good at everything he did,” said a staffer for The Purdue Exponent, a student newspaper. “I didn’t even process it when I saw his name until I said it out loud. I just had a flashback to science bowl in middle school.”

The staffer and victim knew each other since middle school and stayed in touch despite going to different high schools. They competed against each other for Science Bowls. Chheda’s team went to nationals in eighth grade.

“I just remembered his [family] used to come to all of his tournaments,” the staffer said, choking up. “He was really, really good at it − like unbelievably good. I thought for sure he was Ivy-bound. He was one of the smartest people I knew.”

The pre-K through 12 institution Park Tudor School in Indianapolis, Indiana, mourned Chheda, a former student, in a post Thursday.

“We are extremely saddened by the tragic death of Varun Chheda, Park Tudor class of 2020,” they wrote. “We extend our deepest condolences to the entire Chheda family. Park Tudor counselors are available to assist any members of our community who may require support; please keep the Chheda family in your thoughts and prayers.”

Somehow, things got to where Chheda was fatally injured in their first-floor dorm in McCutcheon Hall. Sha reportedly called police at about 12:45 a.m. on Wednesday and was arrested on a murder charge.

“I write to let you know that early this morning, one of our students was killed in his residence hall room,” University President Mitch Daniels said. “The suspect, the victim’s roommate, called police to report the incident and is in custody.”

“We do not have all the details yet,” Daniels said. “Our Purdue University Police Department is conducting a thorough investigation of this incident so that we all may learn more about what transpired. As is always the case, staff from our Office of the Dean of Students, our Residence Halls, and clinicians at Purdue’s Counseling and Psychological Services are providing support and are available to anyone who needs or wants their care.”

Contributions in Chheda’s memory can be made to Riley Children’s Foundation, according to WTHR.