Wesley Mathews testified on Tuesday that he hid his 3-year-old daughter Sherin Mathews instead of taking her for medical treatment because he thought prayer might bring her back.

“I tried to gently shake Sherin so she would be out of that spell but nothing was working and in a matter …. pretty soon her head started going different directions and her head came to a still,” Mathews continued.

“I truly am sorry. I don’t have words to express how sorry I am to these fine officers, these fine people who were full of love and concern for my baby Sherin and they devoted a lot of time and effort and I could have easily stopped that,” Mathews said.

He testified that when he realized that wasn’t going to happen, he still didn’t take his daughter to authorities because he worried about the response from child protective services, his wife Sini Mathews‘ reaction, as well as losing his house and his family.

Mathews also admitted during testimony that he “detested” himself for all of this.

The defendant already entered a “slow plea” to injury to a child by omission, so now jurors have to decide what kind of punishment he’ll face: anywhere from probation to life in prison. 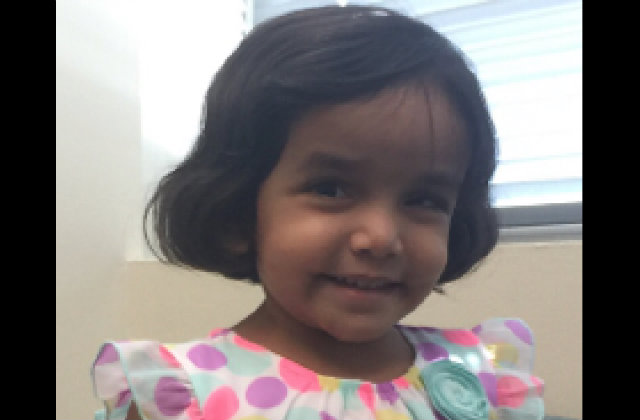 Police said Mathews reported his daughter missing and that he initially claimed that she disappeared after he forced her to stand outside as punishment in the middle of the night because she didn’t drink her milk. Her body was later discovered in a culvert, and Mathews changed his story. Now he claims that his daughter died when he was giving her milk, and he hid her. That’s the story he told the court on Tuesday.

#WestlyMathews says #SherinMathews was standing with her bottle but he could see she wasn’t drinking it. He said, “Sherin, hurry up and finish your milk.” It startled her. She tried to swallow and cry and at the same time, started choking and coughing. pic.twitter.com/HypnnYnC4F

He said he attempted to give Sherin CPR, but failed to revive her. He didn’t want his wife Sini Mathews to see their daughter like his, so he put the child in a blue plastic bag. He later discovered the culvert and briefly hoped that a snake might be there and bite him, so he could die and be with his daughter in Heaven.

Prosecutors said Sherin was subjected to a pattern of abuse in the time leading up to her death. She was declared missing on October 7, 2017 and was found on Oct. 22. The doctor who performed the autopsy testified that she couldn’t determine how the child died, except to say that it was a homicide.

#WesleyMathews – Pediatrician that treated #SherinMathews said Sherin was brought to the hospital with a shoulder issue Feb 2017. She said at first, they thought infection but it was actually fractures. She described them as “violent” pulling or yanking injuries. pic.twitter.com/0g4qNyTfwg

#SherinMathews – Dr. Elizabeth Ventura performed the autopsy on the toddler. She said maggots had eaten her internal organs away. She couldn’t determine how Sherin died. She ruled the manner of death “homicidal violence” due to the circumstances surrounding the case. pic.twitter.com/K8k5QxTCMY