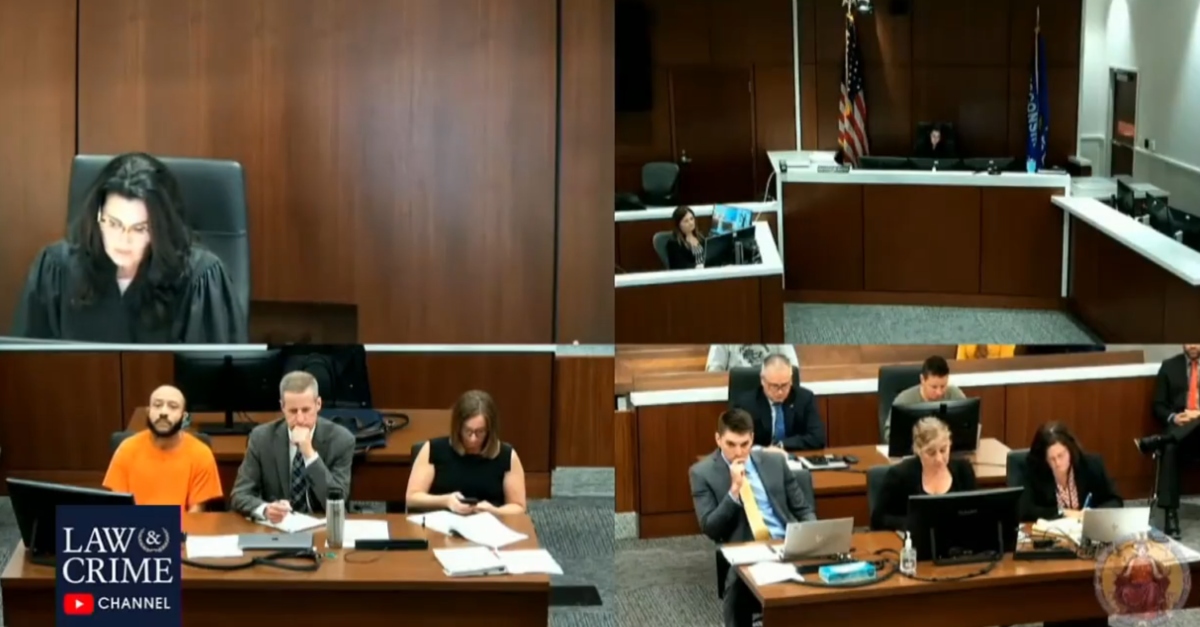 Darrell Brooks, the man charged with killing six people by ramming an SUV into an annual Christmas parade in Waukesha, Wisconsin last November, can represent himself at his upcoming trial, the judge in the case ruled Wednesday.

Things were only slightly more cordial between Brooks and Waukesha County Judge Jennifer Dorow than they were the day before. The defendant continued to speak over the judge as she explained the challenges, case law, and potential drawbacks of firing his attorneys.

“You are being difficult,” she said at one point. “You are not listening.”

“Mr. Brooks, your rights do not involve interrupting me,” she said at another point.

She warned him that there was a possibility he could be admonished in front of the jury at trial.

Dorow determined on Wednesday that Brooks was competent to act as his own attorney. She formally discharged his lawyers, despite her clear reservations going back to the beginning of the hearing on Tuesday. They will not stay on as standby counsel.

Judge explains she will not be appointing his attorneys as standby counsel or any attorneys.
Judge: This trial will start next Monday. Did you hear me say that? #DarrellBrooks: I heard you say it, but I object to that. pic.twitter.com/LCdjnbuZPg

Breaking: public defenders Jeremy Perri and Anna Kees leave the courtroom with “no comment” as Brooks no represents himself. @fox6now pic.twitter.com/H8RSzC1ZgP

Brooks is charged as the driver who plowed a red SUV into the Christmas parade in Waukesha, Wisconsin on Nov. 21, 2021. Dozens were injured and six people were killed: Jackson Sparks, 8, Tamara Durand, 52, Jane Kulich, 52, Leanna “Lee” Owen, 71, Virginia Sorenson, 79, and Wilhelm Hospel, 81.

Dorow was clearly annoyed throughout the hearing on Tuesday, as Brooks pushed back on words like “understand.”

She finally got fed up, recessed court for the day, and gave Brooks until 9 a.m. the following morning to fill out a waiver of counsel form.

“So I’m done,” Dorow said. “If need be, we will come back tomorrow but at this point, the court’s in recess. We’re adjourned.”

Court picked up again on Wednesday. Brooks, who said he wanted to go “pro per,” suggested on Wednesday the term was different from “pro se,” but Dorow strenuously emphasized that these terms meant the same thing.

“Mr. Brooks, your rights to not involve interrupting me!”

Judge saying him saying “I’m informed” or “I’m aware” is the same as him saying he understands. To which Brooks adamantly objects!#SovereignCitizen #DarrellBrooks pic.twitter.com/IyMnVW7qnt

Dorow warned Brooks that it would be difficult for the court to find him another attorney if he changed his mind mid-trial.

The trial is still scheduled to begin next on Monday, Oct. 3.

Judge: Waiving your right to an attorney does mean this trial is delayed.
Brooks: That’s not my reason for representing myself pro per.
Judge: So you don’t want to delay the trial?
Brooks: That’s not what I said. #DarrellBrooks #SovereignCitizen #WaukeshaParade pic.twitter.com/17SSnDfoHw