Tiffany Moss Did Nothing to Defend Herself | Law & Crime 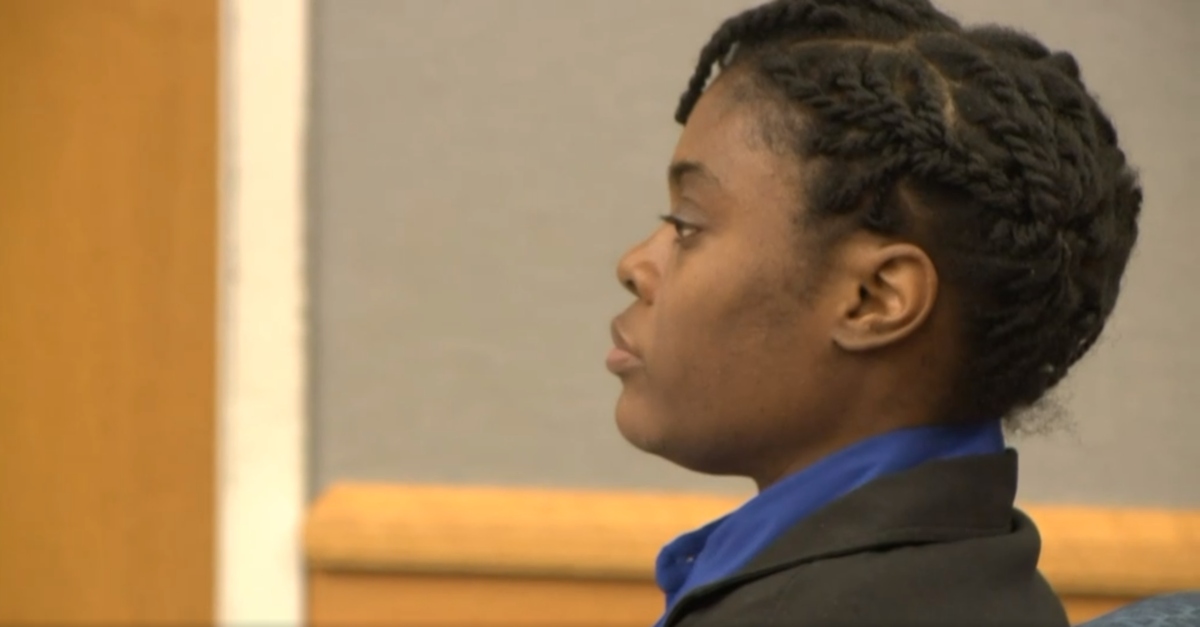 In our country, prosecutors must prove their case beyond a reasonable doubt. The accused are supposed to be considered innocent until proven guilty under the law, no matter what people think outside that courtroom. Nonetheless, most defendants try to actively undermine the state’s case during proceedings. Georgia woman Tiffany Moss didn’t do that. For all intents and purposes, she did nothing to defend herself against the allegation she starved her 10-year-old stepdaughter Emani Moss to death in 2013, even though this is a capital punishment case.

The defendant insisted on representing herself in court, though she had two standby attorneys to answer any questions she might have. She did not deliver an opening statement or closing argument, did not cross-examine witnesses (even her husband Eman Moss), and did not call any witnesses on her behalf.

#TiffanyMoss – Moss declines to give a closing argument. She is representing herself. She gave no opening statement, questioned no witnesses and called no witnesses. pic.twitter.com/ub1l3i5d5I

Deputy Chief Assistant District Attorney Lisa Jones said in closing arguments that Moss killed Emani out of resentment. The defendant pleaded guilty in 2010 to abusing the girl, was sentenced to probation, and could no longer teach preschool. She blamed the 6-year-old girl for this, Jones said. Abuse continued through the years, and culminated in Emani’s death by starving, said the prosecution. The defendant called Eman Moss on October 28, 2013 to tell him his daughter was dead, according to testimony. They tried to hide the body by burning it, but Eman called 911 in “a moment of conscience,” Jones said.

Eman Moss pleaded guilty in 2015, and was sentenced to life in prison. The defendant rejected a plea deal. That’s not necessarily unusual. What’s unique is that she insisted on representing herself in court, reportedly saying she wanted to rely on God’s will.

The presiding judge was emphatic that she not go at this alone.

“They are seeking to have you executed, and I can’t be more blunt than to say they are trying to have you killed,” Gwinnett County Superior Court Judge George Hutchinson told her in 2018, according to The Atlanta Journal-Constitution. “That’s just as serious as it can possibly get and I think it’s best that you have an attorney.”

Nonetheless, he conceded the issue. Moss’ public defenders tried to appeal his decision, but the Georgia Supreme Court declined in December to even hear the case.

Tiffany Moss still has not looked at the jury. She’s still sitting by herself at the defense table. Her stand by lawyers are in the 3rd row. #11Alive pic.twitter.com/zuHVrsq2uW

Her standby attorneys were still trying to get involved. They had filed a motion arguing they be allowed to represent Moss in the sentencing phase, if she’s convicted. The judge denied them in a hearing that took place Monday during juror deliberations.

#TiffanyMoss – The judge denied the standby counsel’s motion to take over the case. Defendant has the right to represent herself and she doesn’t want them to take over.

Update – April 29, 12:02 p.m.: This article was edited to show that the judge denied the standby counsel’s motion to take over the case.