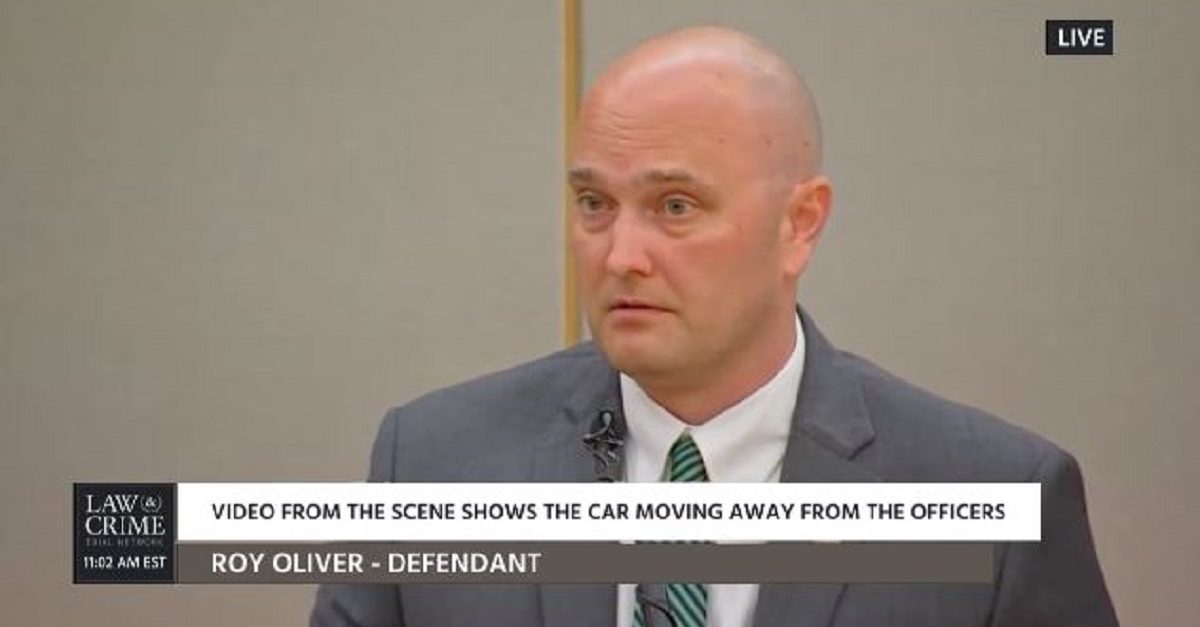 A jury has reached a verdict in the trial of Balch Springs, Texas police officer Roy Oliver, finding him guilty of murder for the fatal shooting of teenager Jordan Edwards on April 29, 2017.

Oliver and Officer Tyler Gross had responded to a report of drunk juveniles and found teens leaving a house party on the night in question. Oliver claimed that he saw a car moving towards fellow officer Tyler Gross, ignoring commands to stop. Fearing for Gross’ life, Oliver said, he fired at the car, where Edwards and other teens had been riding.

Taking the stand in his own defense, Oliver told the court that he had heard what sounded like gun shots when he arrived to the scene, and that people in the crowd were fleeing. He said that he noticed Officer Gross approaching the vehicle and exhibiting a particularly concerned demeanor, leading Oliver to think that the shots could have been coming from the car. Oliver said that Gross yelled at the car to stop moving, and when it stopped, only to suddenly start again in Gross’ direction, he fired to protect the officer.

Officer Gross had a different story, testifying that he was not in fear for his life when Oliver fired his weapon. Additionally, there was video showing that the car was really driving away from Gross, not towards him, and court records said that Oliver had “flipped off” the car Edwards was in following the shooting.

Oddly enough, the jury found Oliver not guilty of the lesser counts of aggravated assault with a deadly weapon by a public servant.