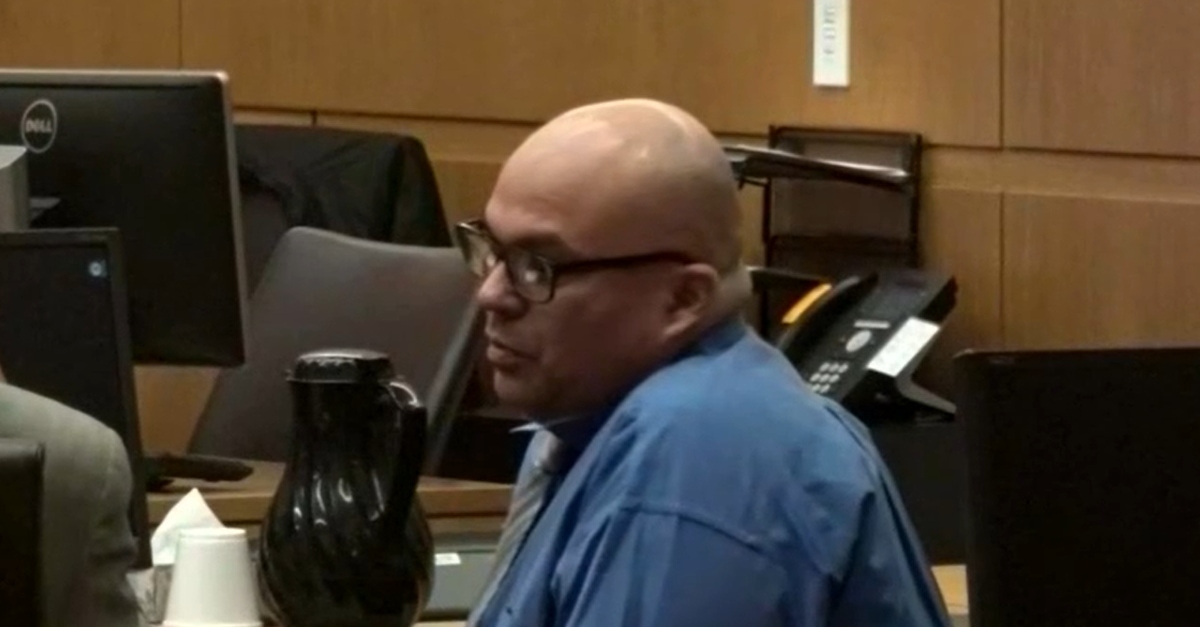 Defendant Ramon Bueno was convicted of most charges in the shooting of now-retired Arizona State Trooper James Casey. Jurors remained deadlocked in the count of attempted first-degree murder. Prosecutors said Bueno opened fire during a 2014 traffic stop, striking the victim in the face.

Nonetheless, jurors found him guilty of the remaining seven counts: three counts of aggravated assault, three counts of threat and intimation, and one of drive by shooting.

The incident would change anybody’s life. Casey not only survived it, but returned to work. He ended up being one of the law enforcement officers profiled on the A&E show Live PD. (Law&Crime founder Dan Abrams is a host on Live PD. A&E partially owns Law&Crime.)

Casey, who retired from law enforcement in 2018, testified about the night in question. He said he pulled over a vehicle that featured tinted windows, and found it suspicious that everyone inside made an effort not to look at him. Casey testified that he took their names. The women’s names checked out, but the men’s returned no information, he said. The trooper said that he tried to get more information, and asked for their social security numbers. He was shot while taking down the numbers during this process. Bueno was sitting in the rear seat behind the driver, prosecutors said.

The thing is, he didn’t see the gun itself, according to his testimony. Also, he didn’t pick out Bueno in the lineup. Nonetheless, prosecutors argued that other evidence indicated the defendant’s guilt. Bueno did what he could to get away with it, prosecutor Ellen Dahl said during closing arguments on Monday.

#LivePDTrooper – Prosecution closing: Ramon Bueno admitted to shaving off his goatee. Why would he change his appearance? When asked what’s going to happen when they find his DNA in the car, Bueno responded, “I’m f*****.”

Defense lawyer Vernon Lorenz emphasized that there’s a “hole” in the evidence, starting with Casey not choosing Bueno from the lineup.