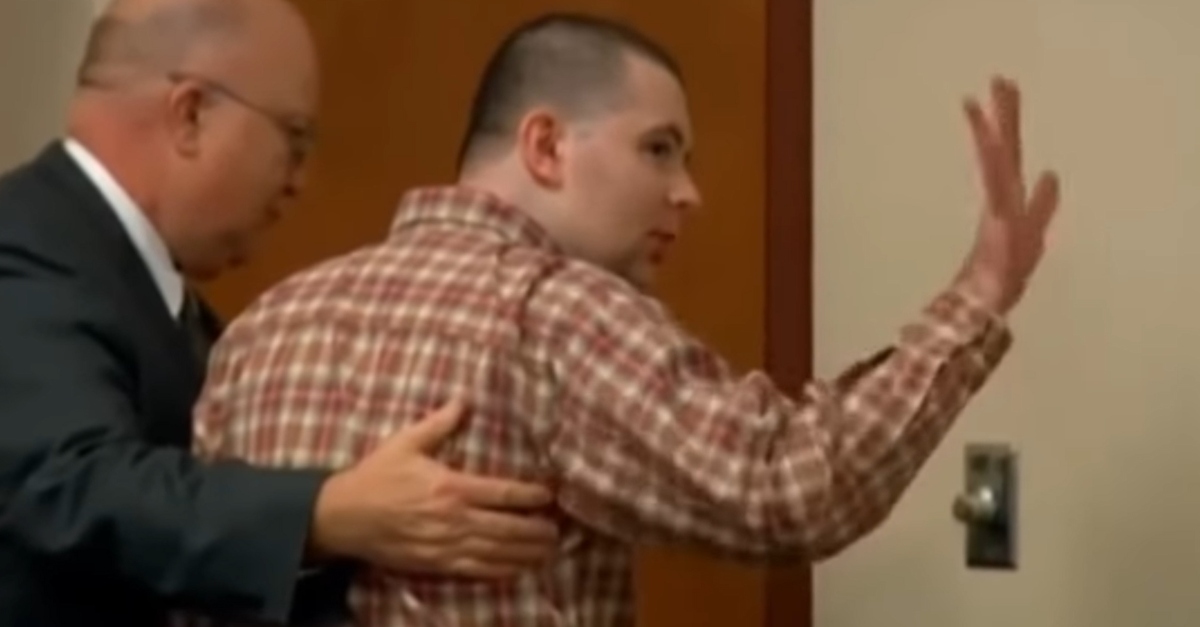 Law&Crime readers may remember the 2018 guilty verdict in the brutal stabbing death of Clauddine “Dee Dee” Blanchard. Godejohn killed the victim at the behest of her daughter Gypsy Blanchard.

A judge granted a 30-day extension on Tuesday for Godejohn’s defense to file an amended motion. They did not immediately respond to a Law&Crime request for comment. In Missouri, post-conviction relief is specifically distinct from a direct appeal. From the office of the Missouri attorney general:

After the direct appeal is over, or if the defendant did not take a direct appeal, a defendant may file a motion for post-conviction relief, often referred to by its initials, PCR. The defendant is limited to the claims that the trial court had no jurisdiction to convict him or her; that his or her sentence exceeds the maximum possible for the crime; or that the conviction or sentence violates constitutional or state law. Most often, this is a proceeding where a defendant may challenge the actions of his or her attorney at trial and on direct appeal.

The Blanchard case was fraught for so many reasons. Even trial prosecutors acknowledged that Dee Dee should have been the one on trial. Gypsy said that her mother forced her to stay wheelchair-bound, making her feign serious illnesses–including cancer–in order to cheat charities out of money.

In other words, Dee Dee was keeping her daughter in a kind of prison in order to bilk well-wishers out of money. Nonetheless, in the words of prosecutors, Gypsy Blanchard turned from victim to murderer. She worked with Godejohn, her long-distance boyfriend, to plan her mother’s murder.

Blanchard ended up pleading guilty to second-degree murder and was sentenced to 10-years in prison.

Godejohn stood trial. Prosecutors painted him not as a savior, but as someone serving his own lurid sexual desires in making Gypsy a “sex slave.” Godejohn became excited as the day of the planned murder approached, they said. As seen on a confession video, he said he had sex with Gypsy Blanchard after they cleaned up the murder scene. The younger Blanchard also testified that the defendant wanted to rape her mother.

“Was Gypsy mistreated? Absolutely,” Assistant Prosecuting Attorney Nathan Chapman said in closing arguments. “Is the defendant some knight that’s coming into save her? Let’s be real.”

Godejohn’s trial defense did not dispute the homicide, but asserted the defendant’s mental state meant that it did not constitute first-degree murder.

Attorney Dewayne Perry said that the defendant, who lives with autism, had an IQ of 77, close to the learning disability benchmark of 70. He asserted his client was only “was only trying to help the woman he loved.” He painted Gypsy Blanchard as a manipulator.

Chapman asserted that manipulation required deception and Gypsy never lied. He said that the defendant showed deliberation, as required for a conviction for first-degree murder.

Godejohn had a year to consider Dee Dee’s death. Greene County Prosecuting Attorney Dan Patterson backed up the state’s position on deliberating, saying Godejohn chose the method of death, asked if the victim was a light sleeper, and asked whether the floor squeaked.