Is This Killer a Victim? 3 Key Elements in Opening Statements at the Dee Dee Blanchard Murder Trial 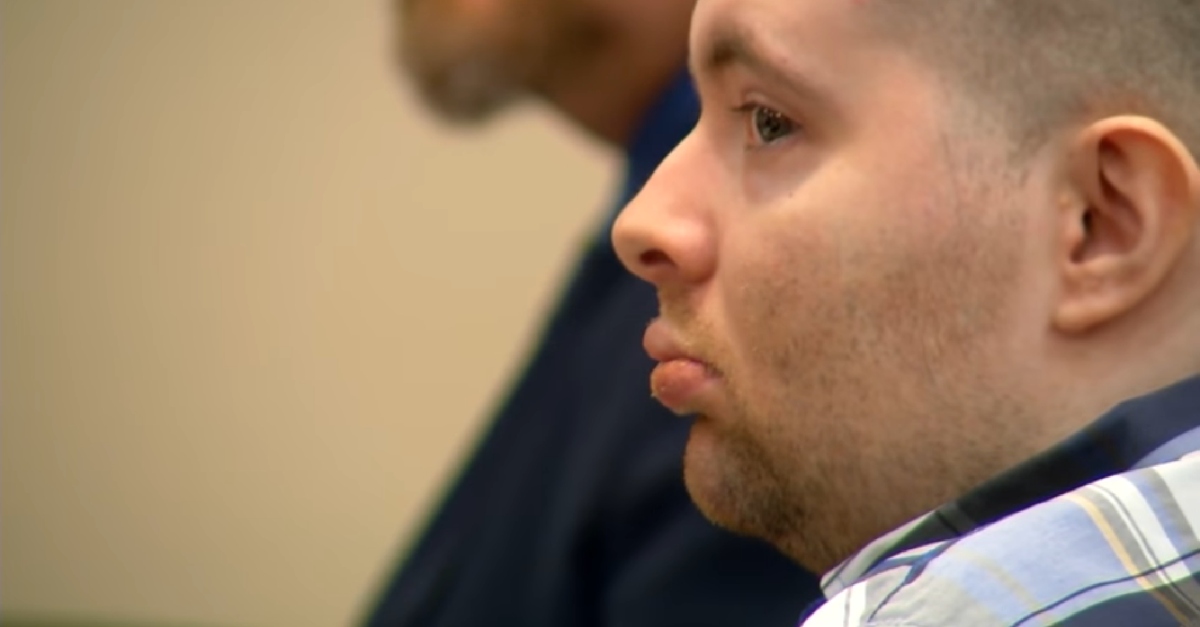 On Tuesday morning, opening statements were made at the murder trial of 29-year-old Nicholas Godejohn. Prosecutors said that he killed Clauddinnea “Dee Dee” Blanchard in June 2015 at the request of the victim’s daughter, his then-girlfriend Gypsy Blanchard. The defense doesn’t dispute that happened, but insisted that the defendant, who lives with autism, didn’t have the cognitive function to commit first-degree murder.

This is what the jury heard in Greene County, Missouri.

1. Murder, after a year of deliberation.

Speaking first, the prosecutor made an apparent attempt to preemptively undermine the defense’s autism argument. Gypsy Blanchard introduced the idea of killing her mother in May 2014, just over a year before the murder. Godejohn had plenty of time to deliberate before carrying out the plot. For example, the couple considered alternative methods of staying together, but their plan to introduce him to Dee Dee failed.

By May 2015, the defendant’s computer search history showed he was looking up items such as tasers, and different kinds of knives in order to commit murder, the prosecutor said. In the two weeks leading up to the killing, Godejohn sent text messages that he was “looking forward to this” and was “excited” about it, the prosecutor said. It was Gypsy’s idea to commit the murder, but it was the defendant who texted her for more details in order to carry out the plan. Was Dee Dee a light sleeper? Did the floor squeak?

The prosecutor said that evidence would show that Godejohn rode the bus from his home in Wauskesha, Wisconsin to Missouri, and stopped in three different cities. He presented this as more evidence that the defendant had plenty of time to deliberate the crime.

When it came time for the defense to speak, Godejohn’s attorney skirted over the uglier aspects of the killing.

“Nick went through with Gypsy’s plan,” he said.

But the prosecutor had a lot to say. Godejohn, wearing blue latex gloves and all black clothes, entered Dee Dee’s bedroom, straddled her while she was sleeping on her front, and stabbed her in the back, the state said. The results of the autopsy showed that there were 17 stab wounds. According to the prosecution, the defendant admittedly got Gypsy from the bathroom, they began to clean up, and he had Gypsy do it naked because it turned him on. Then they had sex in Gypsy’s room, the prosecutor said.

2. Born with an umbilical cord around his neck.

The defense doesn’t dispute that Godejohn killed Dee Dee, but in his opening statement, the attorney explained that evidence would show that the defendant suffers from cognitive limitations. Experts will testify that the client lives with autism, has a low IQ, and was born with an umbilical cord around his neck, the defense said. He asked jurors not to convict on first-degree murder because Godejohn lacked the mental function to actually commit it.

If there is one thing the prosecution and defense agree on, it’s that Godejohn did it for Gypsy. Both sides acknowledged that the couple met on a Christian dating site, and maintained a long-distance relationship online. The defense said this started in 2012.

“Nick loved Gypsy with all his heart,” he said. In his account, the couple accepted each other’s apparent disabilities. Gypsy knew about Godejohn’s autism, while Godejohn knew she was in a wheelchair. The thing is, Gypsy didn’t need that wheelchair, and her new boyfriend learned this quickly.

According to the defense, Gypsy was forced by her mother to feign illnesses, and was a prisoner in their home. In 2011, she escaped their residence, called a friend to pick her up, and but it wasn’t long before Dee Dee got her back, and beat her with coat hangers, the attorney said.

Yes, they discussed killing the mother about a year before the incident, Gypsy tried to introduce him to Dee Dee first, said the defense. They concocted a plan in March 2015 for Nicholas to come down to Missouri, encounter Gypsy at a movie theater, sit next to her, and act like they never met before, he said. (The couple were said to have had sex in a restroom.) This backfired. Dee Dee said Godejohn was “creepy,” and prevented her daughter from sitting next to him again, he said.

Gypsy only brought up the murder plot again after that, and after things at home got worse, the defense said.

As the prosecution pointed out, deputies found out about the killing after disturbing Facebook posts implied that Dee Dee was dead, and Gypsy was raped. The couple had the gloves mailed up to Godejohn’s home in Wisconsin, so they wouldn’t be caught with evidence on the bus ride there, the state said.

The defense said Gypsy admittedly wrote those posts, and she said that she did it so her mother would be quickly found, and given a proper burial. She had admittedly stolen her mother’s money so she could have a life together with Nick.