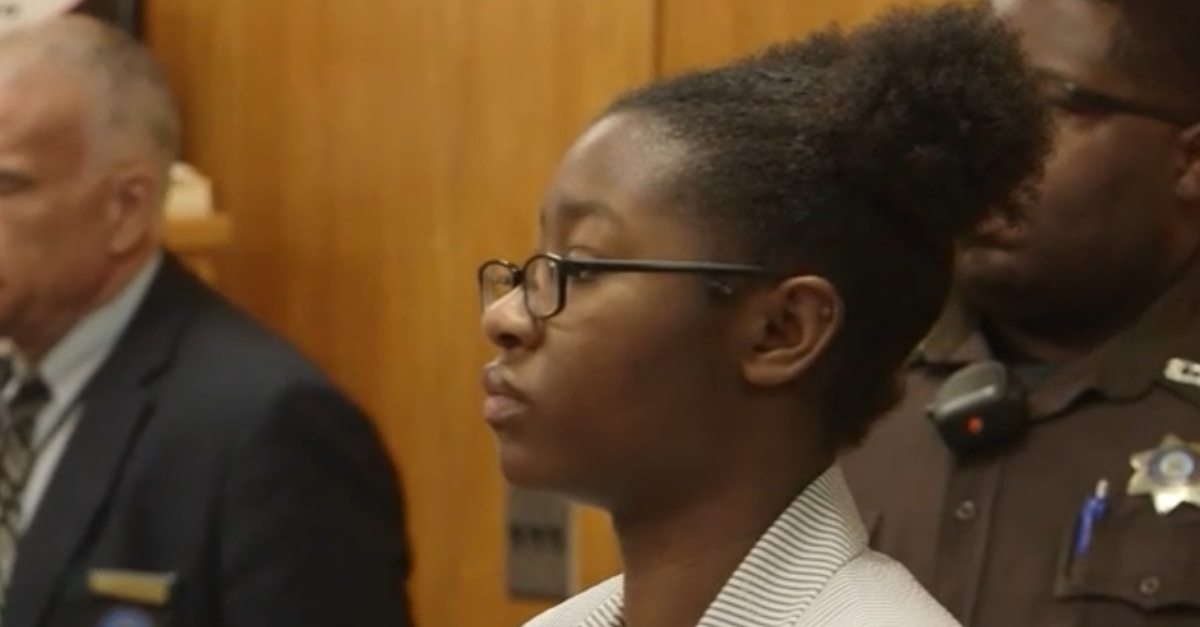 U.S. Army Spc. Kemia Hassel was found guilty in getting her lover Spc. Jeremy Cuellar to kill her husband Sgt. Tyrone Hassel III. Prosecutors said they wanted to collect money from his death. Her defense argued that while she really did have a relationship with her co-defendant, she didn’t plan the death with him.

He said that his client understood felt bad about not stopping it. She knew what Cuellar told her, but didn’t believe it would happen.

#KemiaHassel – Prosecutors have to pause/mute this recorded interview from time to time as agreed upon by all parties – parts of the interview not to be played to the jury. pic.twitter.com/bN5Czc8X9P

#KemiaHassel – Defense says Jeremy Cuella is a psychopath and he wanted Kemia to himself. He says police wore her down during interrogation until she gave a false confession. “The evidence they have that Kemia Hassel was involved is very minimal.” Opening statements are complete

Prosecutor Steven Pierangeli said in closing arguments said that Kemia Hassel was just as responsible as Cuellar for the murder. The defense had argued that her confession to investigators was coerced, but Pierangeli insisted it was legitimate.

“In her own statement to her mom, she said, ‘No, they’re not coercing me mom. We planned it.’ To her mom,” he said.

Cuellar is being tried separately as the actual gunman. He is scheduled to be tried in August.