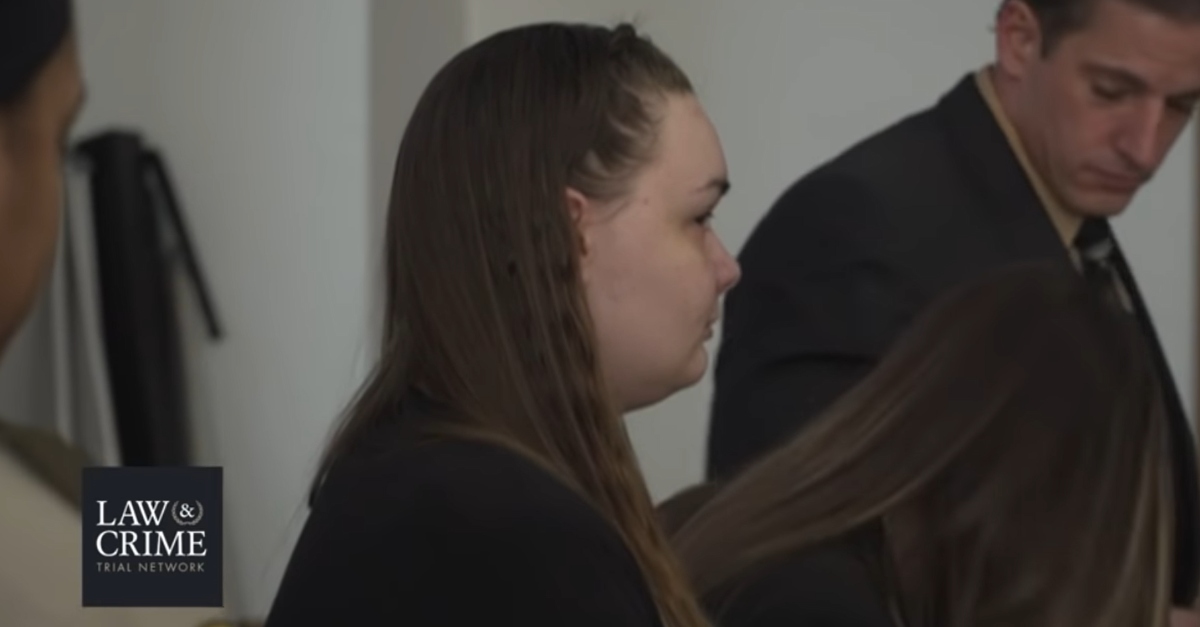 Overall, this case went to the advantage of the defense. Prosecutors first went after Thomas for a count each of first-degree murder and child endangerment resulting in death, but jurors acquitted the defendant of child endangerment in a first trial while they were hung on the other charge. The defense opted for the second trial to be a bench trial. Judge Lucy Gamon acquitted Thomas of first-degree murder, acquitted her again of the lesser included count of second-degree murder, and finally settled on involuntary manslaughter.

“The Court determines beyond a reasonable doubt that Defendant ‘recklessly’ strangled C.C. [Cloe Chandler],” Gamon wrote in a November 5, 2020 ruling obtained by Law&Crime. “Defendant was blinded by her frustration and anger when she lassoed the pajama pants around C.C.’s neck, dropped her onto the bed, and pushed down on her chest area. The defendant was much larger and stronger than five-year-old C.C., who had little ability to defend herself. The defendant’s actions were highly dangerous. The defendant acted with willful disregard of the consequences, although she should have foreseen that harm would result from her actions. However, the defendant did not intend to harm or kill C.C.; she simply wanted C.C. to lie down and take a nap so that she herself could rest.”

The prosecution asserted that Thomas murdered her daughter out of increasing resentment for the child: Cloe was her child with a man who had cheated on her, and the child was beginning to act like him. The defendant had moved on to marry and have a son with another man. Authorities maintained that the defendant strangled her daughter, and that she attempted to play it off as an accidental self-hanging, in which the 5-year-old was found hanging from a closet rod.

As indicated in the evidence, the defendant did confess to both authorities and family members that she actually killed Cloe, but Judge Gamon said this admission coupled with the forensic evidence supported involuntary manslaughter, not murder. Yes, Thomas initially lied in asserting that Cloe accidentally hung herself in a closet, but the court settled on a version of events in which the defendant was an overworked, frustrated mother trying to find time to rest before going to her job. The defendant lashed out at Cloe when trying to make the child take a nap, but this was not a planned attack, let alone something done out of hatred. From the ruling, citations removed:

In a fit of anger and frustration, Kelsie took a pair of pajama pants and used them as a “lasso” around C.C.’s neck, as C.C. attempted to escape. … Kelsie pulled back on the pants around C.C.’s neck, and as she did, she either twisted on the pajamas or C.C. twisted in her grip. … C.C. became “wobbly” and then fell to the floor. C.C. was “shaking and kicking” and “gasping for air.”

Thomas left the room, believing “she had just scared C.C. enough that she would actually take a nap,” the judge wrote, citing state’s evidence.