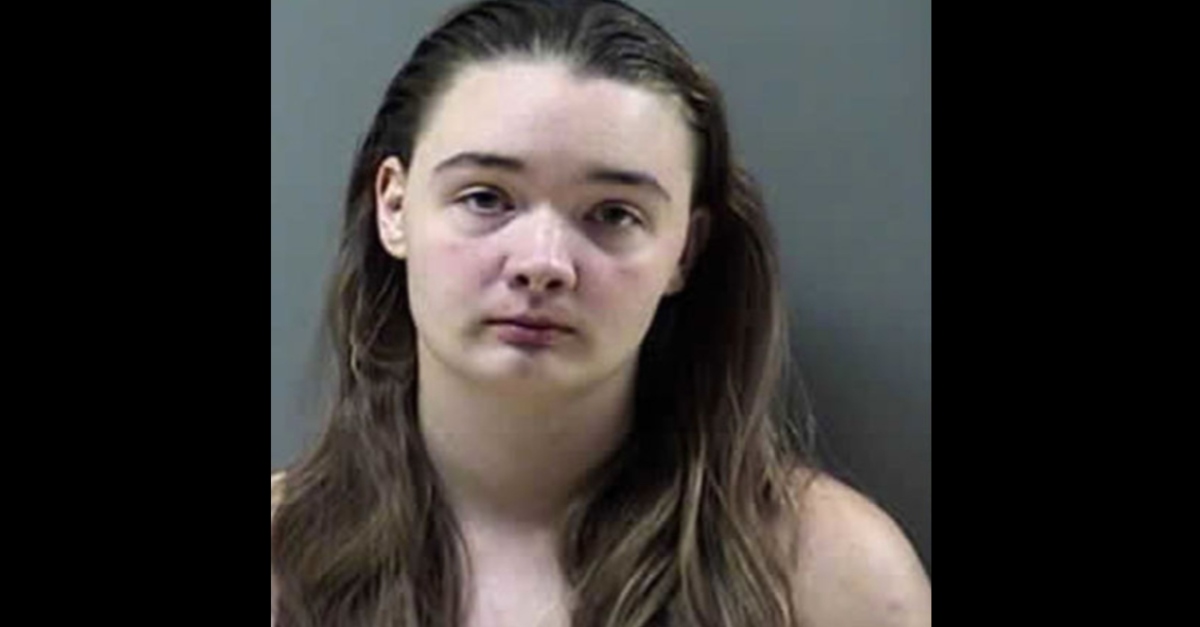 Iowa woman Kelsie Thomas dodged murder charges for killing her daughter Cloe Chandler, 5. She was instead found guilty on Thursday night of a lesser charge of involuntary manslaughter.

The prosecutor tried to argue that Thomas ended the child’s life amid a deteriorating mother-daughter relationship: Thomas had since left the girl’s father, and had a son with another man.

The first trial in this matter ended with a hung jury on first-degree murder, and an acquittal for child endangerment. This time, however, the defense did not bother with jurors: Thomas opted for a bench trial. Ultimately, District Court Judge Lucy J. Gamon determined the defendant did not act with malice aforethought in the killing, but was still responsible and acted with recklessness.

In the account cited by the judge, Thomas initially told investigators she found Chandler hanging from pajama pants in a closet. A doctor who performed the autopsy said that this was a strangulation, not a hanging, however.

Dr. Michele Catellier “testified that the multiple hemorrhages she found in C.C.’s neck would be very unexpected if C.C. had simply hung herself,” the ruling stated. “Dr. Catellier testified regarding the relevant differences in the anatomy of children and adults, and how those differences impact the likely medical findings after a hanging. According to Dr. Catellier’s testimony, children who die by hanging typically have few, if any, instances of hemorrhages or internal neck injuries.”

Gamon found this more credible than the analysis from Dr. Thomas Young, a forensic pathologist for the defense. She said Catellier had more relevant experience and actual performed the autopsy, while Young “was only able to review information secondhand,” seemed to have only worked with adults, and ignored “the fact that C.C. was a 45-pound small child, whereas Kelsie was a large and healthy full-grown woman.”

Thomas initially told police that she found her daughter hanging in the closet, but changed her story hours into a second interview—which took place after the autopsy. She confessed to killing Cloe, and also wrote a letter to her family apologizing. The defense maintained that the confession was coerced, but the judge maintained that the confession “perfectly fits with the credible medical evidence.”

But ultimately, the judge acquitted Thomas of the original charge of first-degree murder, saying the the state did not prove the element of malice aforethought. Though some relatives claimed the defendant had issues with Chandler, the judge gave less weight to their testimony because they did not often interact with Thomas and the victim. Others had more regular contact with the two, and reported a positive relationship. One person–a teacher–said that Thomas was “very patient and kind” with Cloe.

Gamon went down to second-degree murder. Once again, the defendant was acquitted because this crime required malice aforethought. But that left involuntary manslaughter on the table. This is what the judge choose.

In the account Gamon landed on, Thomas–“a generally exhausted young parent who had trouble with insomnia at night and struggled with depression”–wrapped pajama pants around Cloe’s neck not in a planned attack, but out of frustration when the child was acting up by filling the bathroom sink to overflowing and refusing to take a nap. To be clear, Thomas was found guilty of absolutely being responsible for the girl’s death, and of disregarding her safety when putting the pants around her neck.

“Defendant was blinded by her frustration and anger when she lassoed the pajama pants around C.C.’s neck, dropped her onto the bed, and pushed down on her chest area,” the judge wrote. “The defendant was much larger and stronger than five-year-old C.C., who had little ability to defend herself. The defendant’s actions were highly dangerous. The defendant acted with willful disregard of the consequences, although she should have foreseen that harm would result from her actions. However, the defendant did not intend to harm or kill C.C.; she simply wanted C.C. to lie down and take a nap so that she herself could rest.”