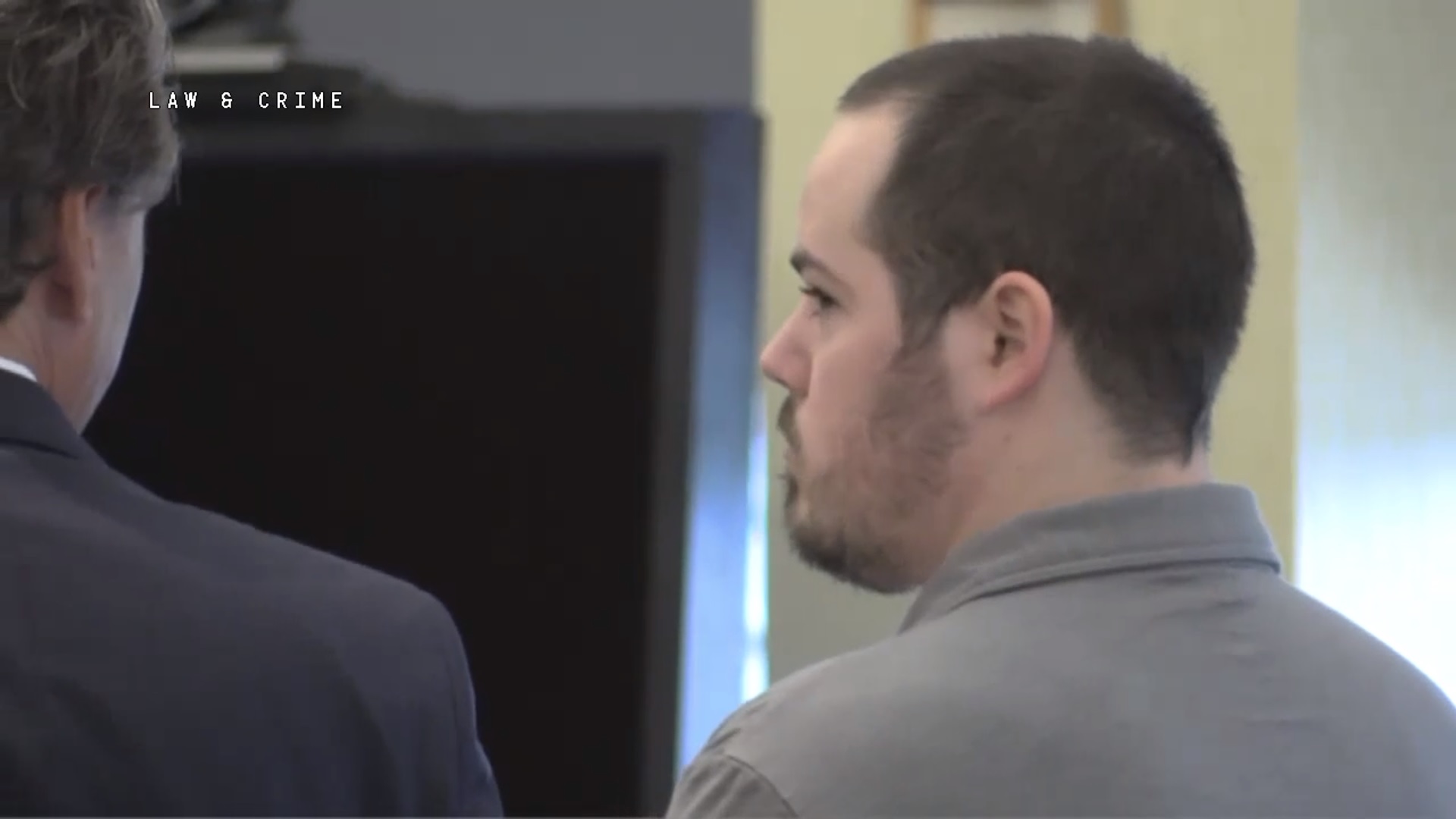 A Dover, New Hampshire, jury has convicted a man in the violent parking lot beating of a young woman leaving work at Planet Fitness. The beating was captured on surveillance video made public by the Rochester Police Department. Police released some of the video in an attempt to identify the attacker, whom the victim did not know. Jurors later saw the entire recording.

The defendant, Jordan Lamonde, was 22 at the time of the attack. He was convicted of second-degree assault. Acquaintances alerted police that they suspected Lamonde was the person on the video. A vehicle driven by the attacker in the surveillance video matched a vehicle to which Lamonde had access.

Deputy Strafford County, New Hampshire Attorney Timothy Sullivan, the lead prosecutor on the case, said the victim was punched nearly 40 times, kneed in the face twice, and then thrown to the ground.

Defense attorney John Durkin stipulated that Lamonde was the man in the video and, therefore, was the attacker. Durkin told jurors that his client’s actions were “immature,” “unacceptable,” and “inappropriate,” but argued that the actions did not rise to the level of culpability required for a felony conviction. Durkin, not the prosecutor, was the first to show jurors the surveillance video of the attack.

The narrow reading of statutes is a technique not infrequently applied in New Hampshire criminal trials.

Under New Hampshire sentencing law, a Class B Felony is punishable by a prison term of one to seven years.

Durkin told jurors to find Lamonde guilty of simple assault, a misdemeanor. He told jurors the “only reason” they were called to the courthouse was because the state overcharged his client.

During closing arguments, Durkin said the victim suffered “no broken bones” and required “no surgery, no stitches, no crutches.” Her “only treatment was gauze for a superficial cut,” he said. She suffered “no loss of consciousness,” and she “was alert” with “no dizziness” and “no weakness.” She also suffered “no issues with her head, chest, abdomen, church,” Durkin added. Durkin also referenced a local television interview a few days after the attack. The victim said she was doing okay mentally and emotionally, he said.

Prosecutor Sullivan started his closing argument by telling jurors that the case was not an attempted murder case and that the defendant was not overcharged. Sullivan said this attack was a message Lamonde wanted to send to the victim’s boyfriend. Lamonde believed the boyfriend had stolen $30,000 from a safe kept at Lamonde’s grandmother’s house. Rather than attack the boyfriend, the defendant attacked his girlfriend, victim Erin McCarthy. McCarthy was the state’s first witness in the case.

During an unsuccessful motion to dismiss the case, Durkin pointed to a series of previous New Hampshire cases which involved second-degree felony assault convictions involving “extreme indifference to the value of human life.” Durkin told the judge that the facts of those cases went “way above and beyond the facts” of the Lamonde case. Durkin cited one case where a defendant jumped “up and down” on his mother’s “chest, head, and back.” In that case, had the assault continued, death would have occurred, the New Hampshire Supreme Court noted. In a second case cited by Durkin, a defendant rendered a victim “unconscious,” “dizzy, sick, and disoriented,” and then left the victim “in a snowbank in a remote location.” In yet a third case, Durkin said a victim was chocked, dragged, picked up, thrown, struck in the head with a door, and further attacked until responding police officers stopped the attack.

Prosecutors said Lamonde waited for hours in the parking lot where the victim worked. When she emerged after her shift, Lamonde went straight toward her and attacked her from behind, Sullivan said. Sullivan said that jurors were to judge the attack in the moment, not the aftermath, and that the extent of the victim’s injuries were not relevant to what the defendant wanted to do.

Other subsections of New Hampshire’s second-degree assault law require “substantial” bodily injury, which did not occur here. Sullivan, the prosecutor, noted that the subsection of the law used by the state in this case did not require serious injuries. Sullivan pointed the judge to the video of the attack as evidence of the defendant’s intent.

[Editor’s note:  This post has been updated to include the full surveillance recording which shows the attack.  Law&Crime obtained the recording from the court evidence file after the verdict was read.]