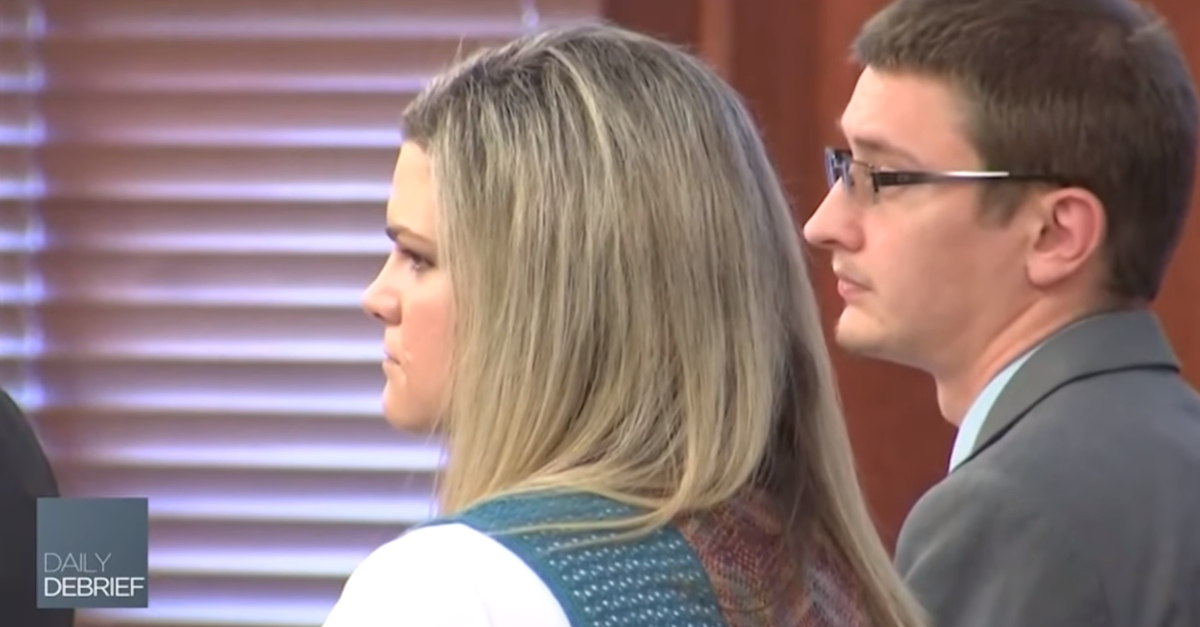 In closing arguments on Friday, the defense for Jennifer and Joseph Rosenbaum pushed the idea that Laila Marie Daniel, 2, sustained serious injuries from resuscitation efforts. This was due a Heimlich maneuver and a CPR attempt gone bad, not murder, argued lawyer Corinne Mull.

Prosecutors in Henry County, Georgia say the Rosenbaums said Jennifer physically beat Laila and her sister, and this kind of behavior resulted in Daniel’s death. The defendants tried to play this off as the victim choking on a chicken bone, authorities said. They pointed to testimony showing that both girls sustained numerous injuries.

Prosecuting attorney Eddie Chase told jurors that many of the injuries on Laila happened across an extended period of time. For example, he pointed toward a healing fracture, and as well as a bruise on her buttock that was at least a few hours old.

The state is going after Jennifer Rosenbaum as the primary abuser. She faces charges including malice murder. Joseph is accused of turning a blind eye: He covered the girl’s wounds, and put Icy Hot on them, but didn’t put a stop to his wife’s behavior, said prosecutors. He faces charges such as second-degree murder.

As for the wife, she said different stories to different people at different times as to what caused Laila’s injuries, said the prosecution.

Chase acknowledged that according to testimony, some injuries were consistent with CPR, but only some. He said there were no bruises in the heart area.

“Isn’t that interesting?” he said.

Mull construed this case as a “rush to judgement,” however. She argued that Jennifer Rosenbaum didn’t know how to do CPR or the Heimlich maneuver. She said that the thrusts Daniel’s stomach were like punches to the stomach of a little girl. The lawyer also said that Laila didn’t have fat to protect her internal organs–this contributed to her pancreas being split.

She argued that Joseph was only charged in order to get him to turn on his wife. Mull said Joseph didn’t see abuse–he was working two jobs, and would go home to babysit. No one has said anything about the defendants to support anger, malice, or rage, she said. On the contrary, Laila and her sister were loved and cared for.

Chase told jurors that the state doesn’t need to prove motive. Citing testimony, he suggested that an abusive parent might be stressed, or that the incident could have been discipline gone horribly wrong. He couldn’t get into this, however.

“Because I can’t get into that mind,” he explained.

In making his pitch for the Rosenbaum’s guilt, he emphasized the diversity and severity of Laila’s injuries.  She was clearly injured multiple times across a period of time, and not just in that one instance. Under Georgia law, “malice” can be formed in an instant, as soon as the decision is made to cause physical harm, he said.