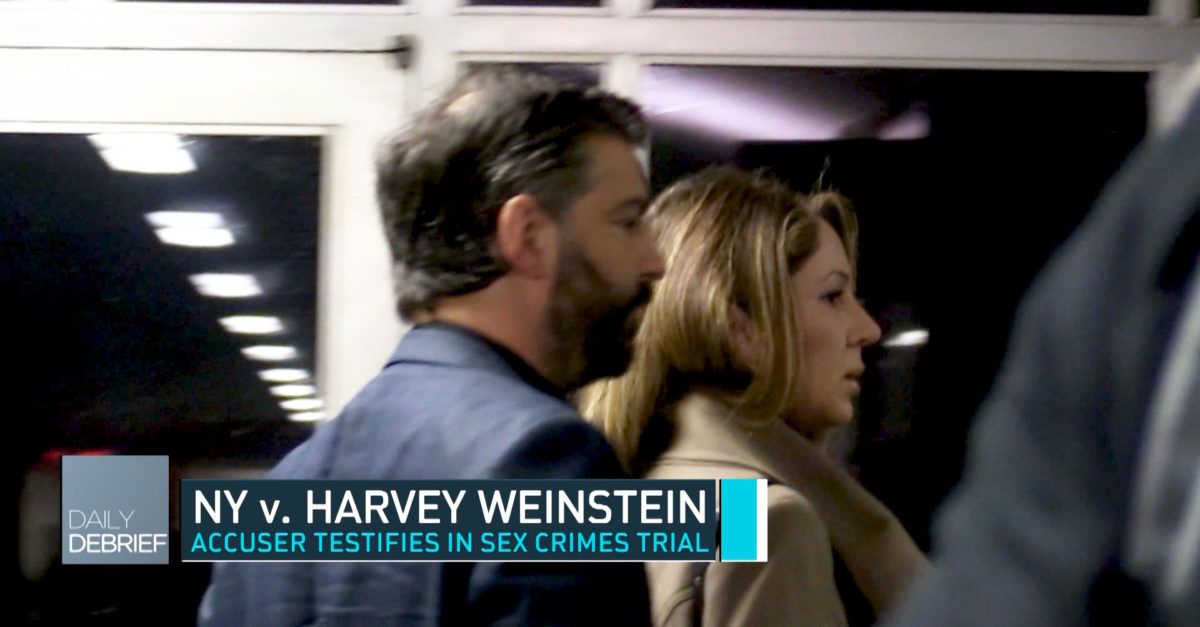 Law&Crime Network cameras caught Glandian in the hallway right after Weinstein’s arrival. Her law firm, Geragos & Geragos, did not respond Tuesday to multiple phone calls from the Law&Crime Network seeking answers as to whether or not Glandian was representing Weinstein or, more broadly, what her involvement with the case may–or may not–be. Publicly available online court records still list New York attorney Arthur Aidala as Weinstein’s attorney.

Aidala entered court before any of the other litigators. His only comment to gathered reporters was this: “Full speed ahead.”  After Aidala entered the building, the prosecution team entered, led by Joan Illuzzi. Harvey Weinstein followed later. When asked by reporters whether he would testify in his own defense, Weinstein’s only response was a non sequitur “good morning.”  Weinstein’s other defense attorneys, Donna Rotunno and Damon Cheronis, entered significantly later and just before the case began.

The arrival by Glandian resulted in the following discussion on Law&Crime’s Daily Debrief.

In summary: It is unclear what role, if any, Glandian may be playing in the Weinstein case, but the timing of her presence raises many questions.

Law&Crime’s Jesse Weber, himself an attorney, has been reporting from inside and outside of the courtroom.

#HarveyWeinstein put his face in his hands when Jessica Mann described a particular sexual encounter with him….let’s just say it involves a mirror

#HarveyWeinstein tense exchanges between Donna Rotunno and HW accuser Jessica Mann especially when grilled on mental health issues, JM says to DR: “Are you my psychiatrist?”