Convicted murderer Grant Tiernan Amato, 30, is set to learn his fate this week. His penalty phase for killing mother Margaret Amato, 61, father Chad Amato, 59, and brother Cody Amato, 31, is being held in a Seminole County courtroom in Florida. He faces a possible death sentence. Court is expected to begin at 8:30 a.m. on Monday, August 11. The proceedings are expected to last up to one to two days.

Prosecutors say he killed them in January over his fixation on a Bulgarian cam girl. Authorities painted a picture of a defendant living a lie. According to court documents, he overstated his personal wealth to online friends. As part of this facade, he stole about $200,000 from his family to send to the cam girl, authorities claimed.

Things fell apart. His family was able to briefly make him take rehab for internet addiction, said Assistant State Attorney Domenick Leo at closing arguments last month. It wasn’t the entire program, but it did take long enough for his father and brother to access his computer and implode his online identity in the eyes of his friends, as indicated in court documents.

Grant Amato wrote an apology letter to those buddies, admitted to lying to them about lifestyle, but lambasted his brother Cody and the parents in bitter terms, according to the text of the letter obtained by Law&Crime.

According to authorities, the defendant butted heads with his Cody and Chad Amato in particular about the obsession. So why kill mom?

“Because she was there,” Leo said, arguing that Grant Amato ended her life to get at the other two victims. “That’s why.”

A third brother Jason Amato voiced anger at the defendant.

Jason Amato tells us he hates his brother #GrantAmato for what he did. pic.twitter.com/LA26KnGodx

Grant Amato’s defense filed motions in June to transport him for medical testing. They say that a licensed psychiatrist recommended that they get him an MRI for a more specific opinion regarding the defendant’s mental state, according to the filing obtained by Law&Crime. 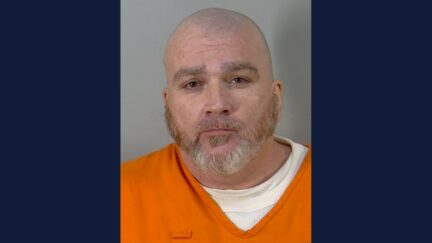